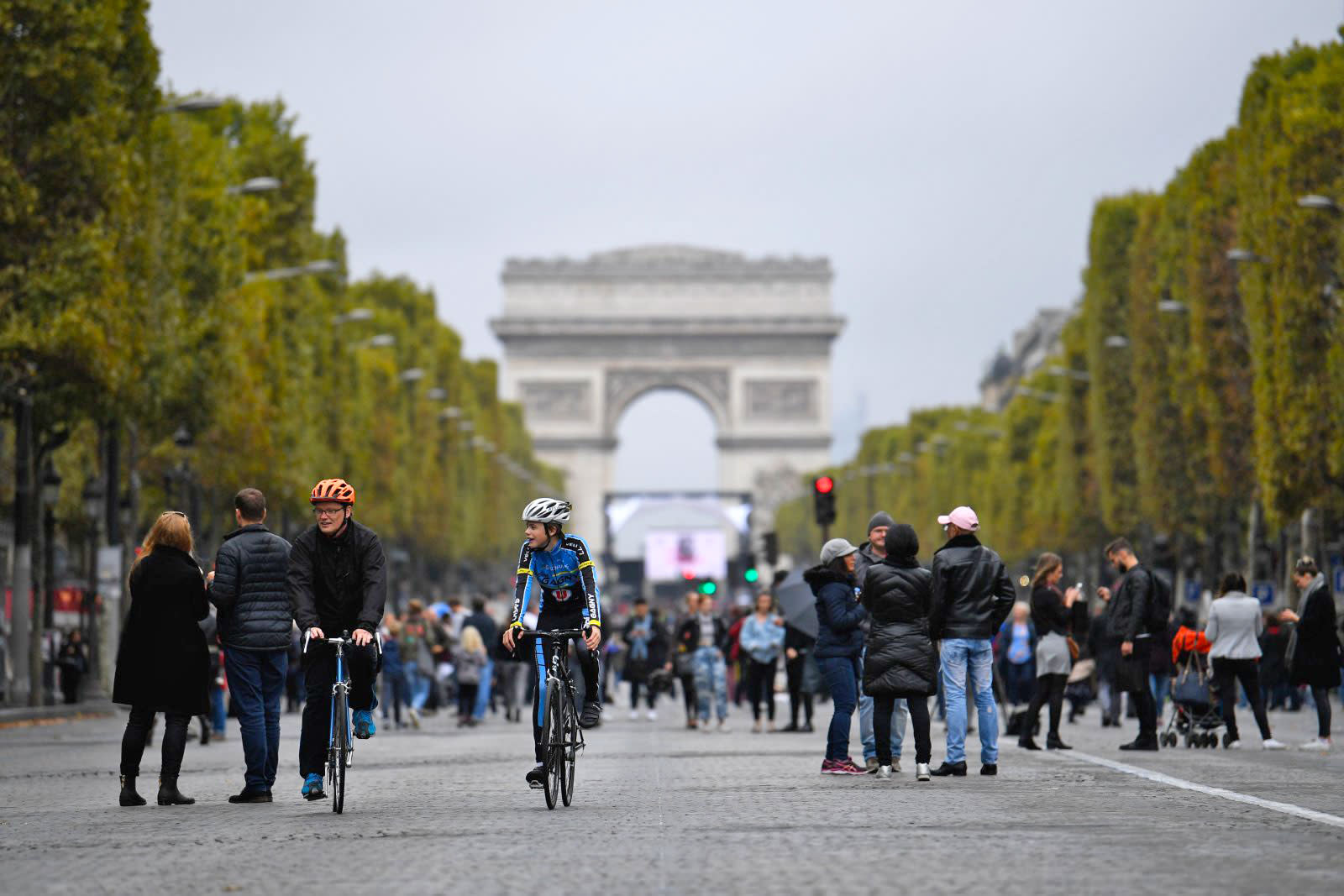 Cities have dabbled with temporary bans on cars before, but rarely (if ever) on this scale. Paris just held a third "Day Without Cars" that forbade nearly all private transport across the complete core of the city -- about 40 square miles of it. If you visited between 11AM and 6PM local time on October 1st, you had to bike, walk or take public transit like buses and taxis to make your way around the City of Lights. And officials were strict about enforcing the car ban, too. You risked facing a fine between €90 and €135 ($105 to $159) if you drove without an emergency or another good reason (such as visiting an elderly relative), and you still had to honor a 30KM/H (about 19MPH) speed limit on top of that.

As you might guess, the day was mostly meant to be educational. Mayor Anne Hidalgo has vowed to fight pollution in Paris, and to her that means reducing car use while increasing the number of bike and bus lanes. Theoretically, a "car-free" day raises awareness of alternative transportation methods and shows Parisians what life would be like with fewer cars on the streets.

Needless to say, pro-car lobby groups and avid motorists aren't fans of the idea. They already see Hidalgo as extreme, and believe the temporary car ban amounts to propaganda that makes cars look bad. However, they may be on the losing side of this battle even if Paris were to ditch no-car days. Both tech companies and automakers are anticipating a time when personal car ownership declines in favor of ridesharing, especially once self-driving cars hit the road in earnest. In that sense, Paris is just offering a peek at a future where you're unlikely to take the wheel unless it's absolutely necessary.

In this article: cars, environment, france, gear, green, paris, transportation
All products recommended by Engadget are selected by our editorial team, independent of our parent company. Some of our stories include affiliate links. If you buy something through one of these links, we may earn an affiliate commission.