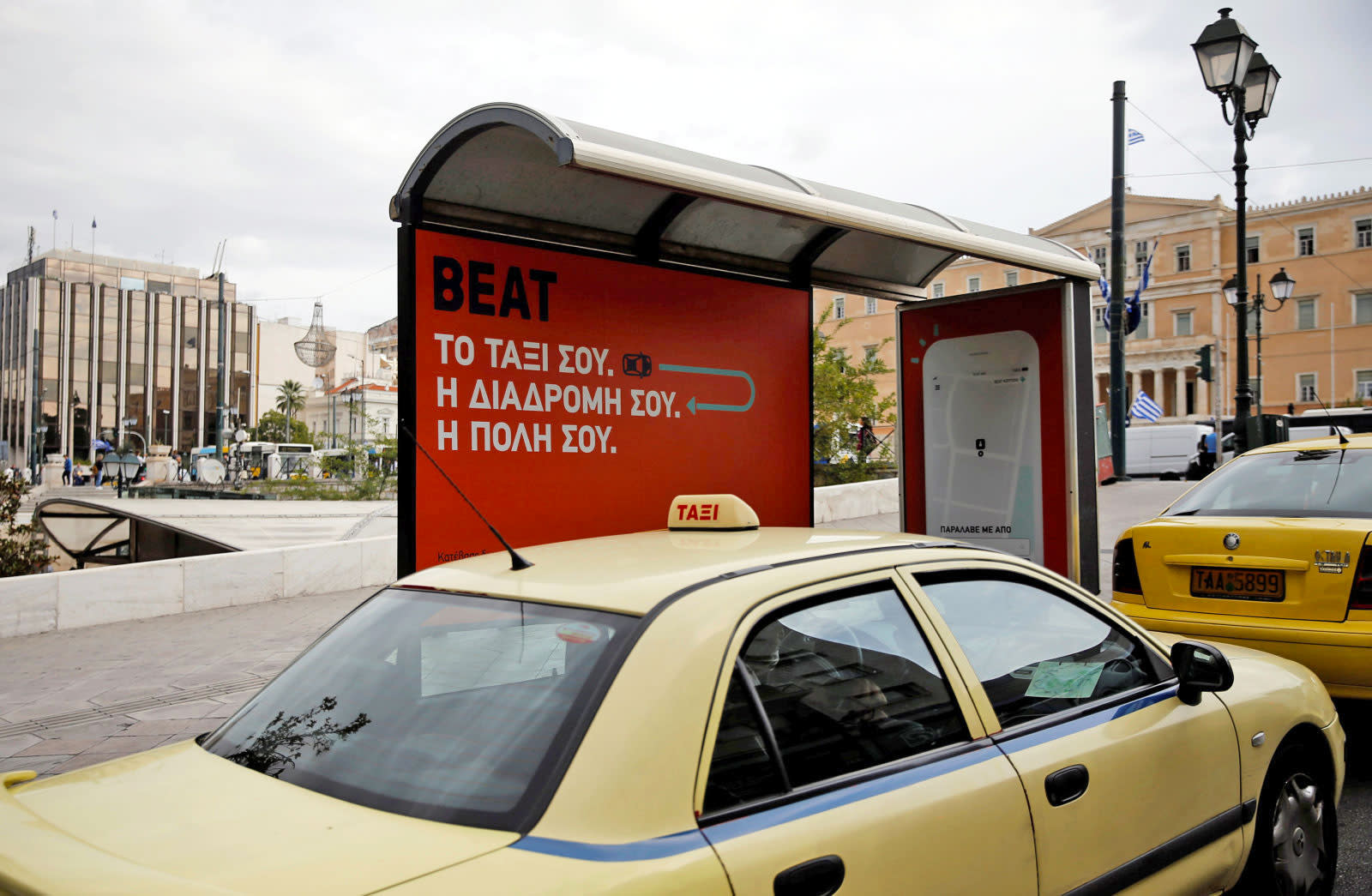 Greece, a country with a lot of debt and an angry taxi lobby, is the latest to ponder anti-ride-sharing legislation. The country reportedly plans to force ride-sharing firms like Uber and Taxibeat to ink three-year contracts with licensed drivers, effectively turning them into full-time employees. Operators would need to buy taxi licenses be subject to stricter rules than currently allowed, according to Reuters.

Greece's taxi drivers have reportedly lobbied the government to make the changes, saying that drivers using the new services have lower barriers to entry. "You can't have a group of professionals being normally taxed ... and a few others not paying at all for the same job, because there [are no set rules]," taxi union head Thymios Lyberopoulos told Reuters.

As in France, Uber does not offer its UberPop service in Greece, but instead gives its app to professional taxi drivers and chauffeurs licensed for tourism-related activities. It's not clear whether the new rules would affect one or both groups of drivers.

They are trying to regulate the market in a way which, essentially, makes the operation of our app in Greece unfeasible and if not unfeasible ... in any case it will make it very difficult.

Uber isn't the largest ride-sharing service in Greece, however -- that honor belongs to Taxibeat. It teamed up with around 8,000 taxi drivers with an app and tracking service, and counts over a million users. "They are trying to regulate the market in a way which, essentially, makes the operation of our app in Greece unfeasible and if not unfeasible ... in any case it will make it very difficult," Taxibeat founder Nikos Drandakis said.

London is the most recent region to ban Uber, saying its service are not "fit and proper." Uber's new CEO, Dara Khosrowshahi, apologized to Londoners and told employees in a company letter that "there is a high cost to a bad reputation."

A Taxibeat petition against the new legislation has garnered around 30,000 signatures. Prime Minister Alexis Tsipras has promised to bolster the tech sector and innovation, so widely available ride-sharing services would presumably help.

However, in the recent past, Greek taxi licenses cost around $235,000, so it's easy to understand why drivers might be upset. At the same time, letting Uber and other ride-sharing drivers off the hook for such fees might impact government revenue, and Greece really needs the money.

In this article: Beat, Fees, gear, Greece, Taxes, TaxiBeat, transportation, Uber
All products recommended by Engadget are selected by our editorial team, independent of our parent company. Some of our stories include affiliate links. If you buy something through one of these links, we may earn an affiliate commission.