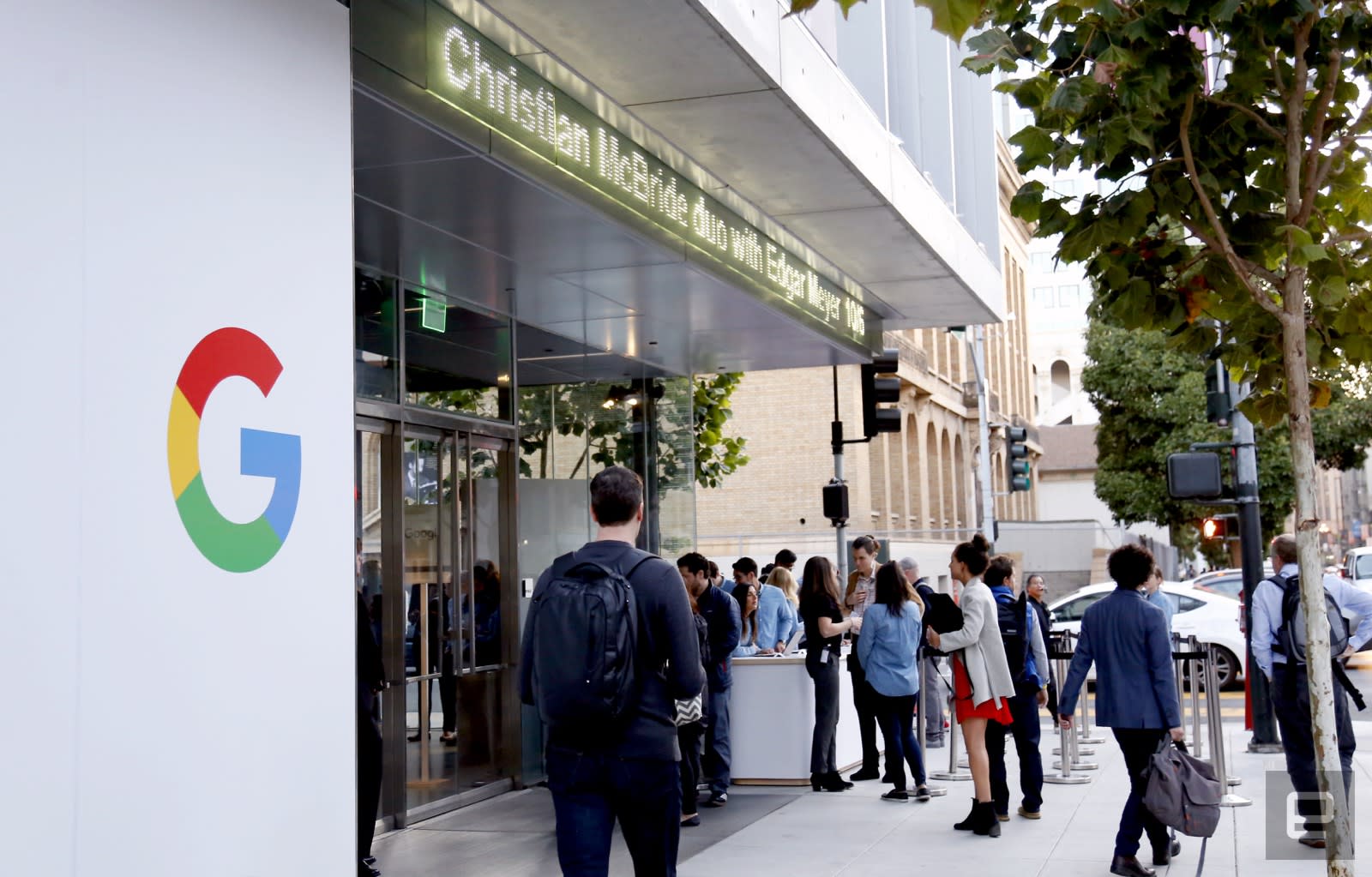 It's already been a year since Google officially announced its pair of Pixel smartphones, the Google Home speaker and a host of other hardware products. Naturally, that means it's time to do it all over again. At an event in San Francisco, Google is expected to reveal the new Pixel 2 and Pixel 2 XL phones, updates to the Google Home line, a convertible Chromebook and more. We'll be there live bringing you the news as it develops with our up-to-the-minute liveblog, and we'll have hands-on and first impressions from the event afterwards. Keep an eye on this page for everything as it's announced -- Google's event kicks off on October 4th at 12PM ET / 9AM PT.

In this article: daydreamview, gear, google, googlehome, homemax, homemini, internet, liveblog, mobile, personal computing, personalcomputing, pixel2, pixel2event, pixel2xl, pixelbook
All products recommended by Engadget are selected by our editorial team, independent of our parent company. Some of our stories include affiliate links. If you buy something through one of these links, we may earn an affiliate commission.