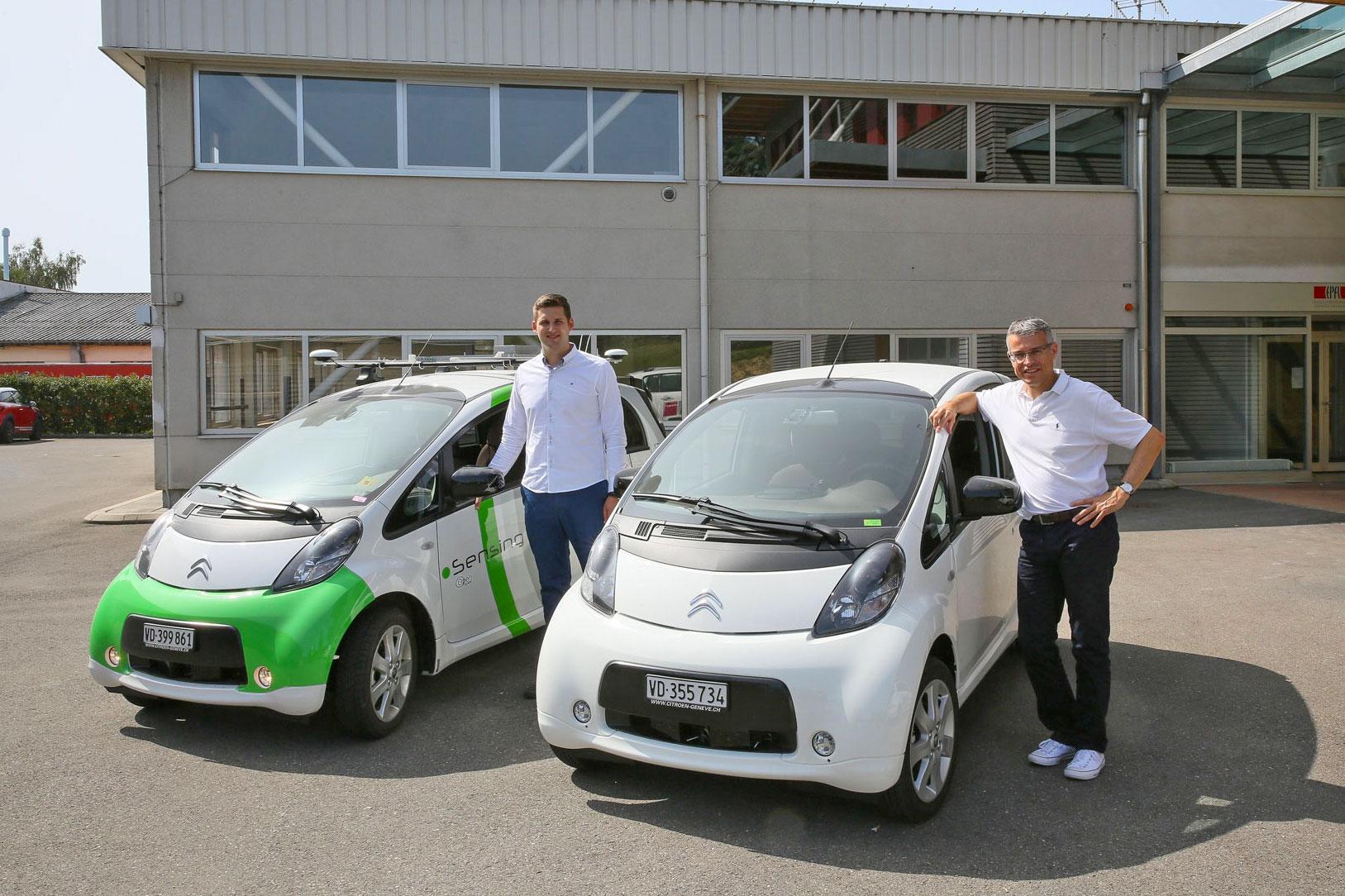 You know what's better than one self-driving car on the road? Two, because then they can pool resources. Vehicle-to-vehicle (V2V) communication isn't anything new, of course, but researchers at Switzerland's federal institute of technology, EPFL, are taking things one step further. By wirelessly connecting the LIDAR, sensors and navigation systems of two cars in convoy, both can get a fuller picture of the world around them.

Put simply, if two autonomous vehicles are driving down a road, then all they can "see" is the data from their own systems. But if you can connect your car, say, to the one immediately behind you, then both systems get a wider field of view and better situational awareness. In an overtaking situation, the car behind can use its counterparts systems to scan for hazards out in front, including cars in the opposite lane.

The team at EPFL have worked to iron out the kinks in such a system using a pair of Citroen electric cars equipped with Mobileye sensors. Both vehicles had WiFi gear and computers in their trunks, which helped the pair co-ordinate with each other on the road. One big issue, early on, was that both systems would count the same obstacle twice, once from each data source.

Now that those problems have been resolved, bigger issues, like the fact that all of this computation has to be done on the fly, can be tackled. The hope is that, eventually, every autonomous car on the road will be talking to one another to ensure that crashes and angry fights at merge points are kept to a minimum.

In this article: AutonomousCars, EPFL, gear, SelfDriving, Sensors, transportation, V2V, VehicleToVehicle
All products recommended by Engadget are selected by our editorial team, independent of our parent company. Some of our stories include affiliate links. If you buy something through one of these links, we may earn an affiliate commission.