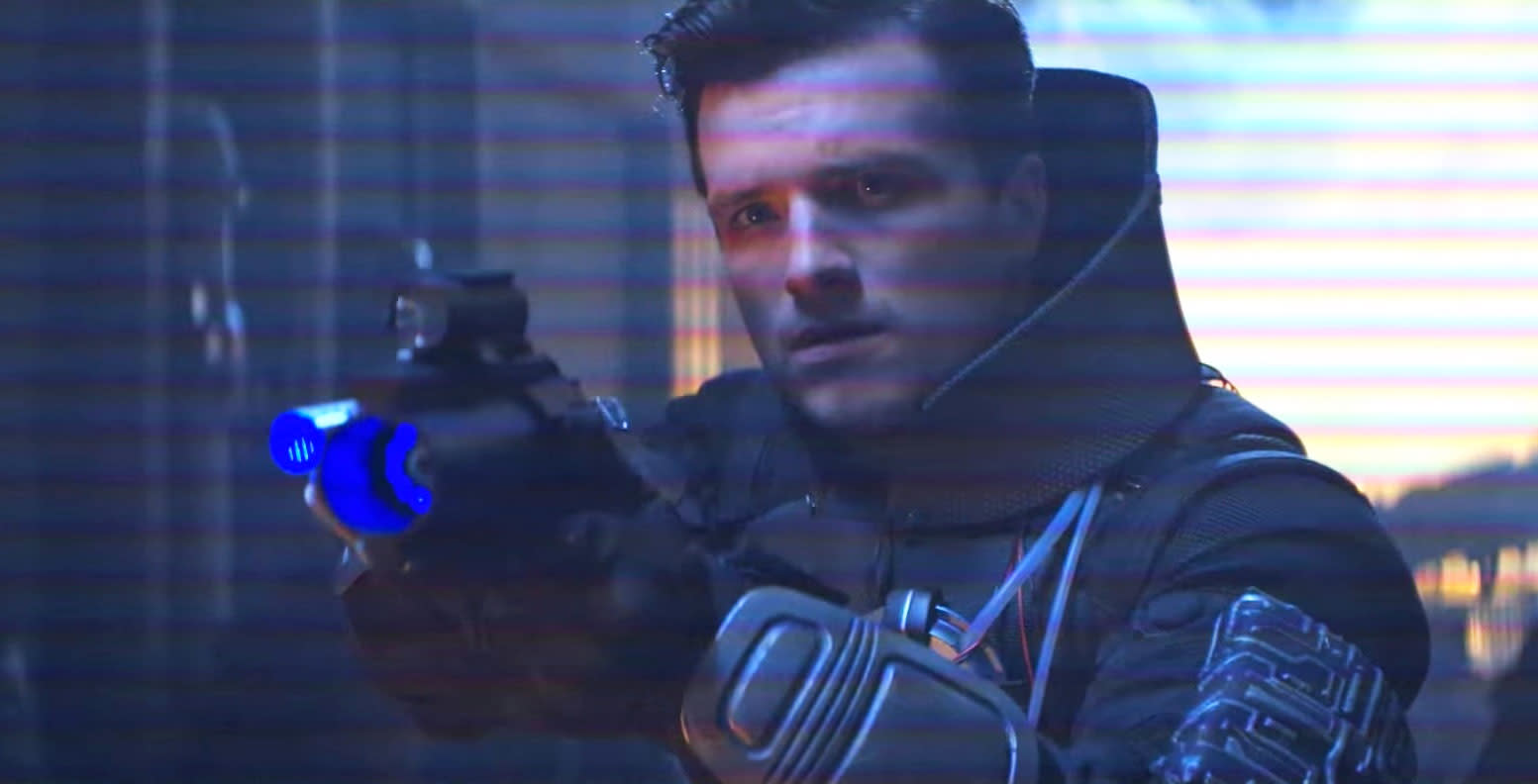 Hulu's surely riding high after its original show The Handmaid's Tale took home the Best Drama Series Emmy, but its next series looks to be a bit lighter-hearted. Created by Seth Rogan and frequent partner Evan Goldberg, Future Man tells the story of a janitor at a biotech company who beats a video game -- only to be chosen by its creators for a mission to the past in order to save the future.

Even in the trailer, the show acknowledges The Last Starfighter-esque plot -- and with Rogan and Goldberg at the helm (whose previous collaborations include Superbad, This Is The End and Sausage Party), the comedy looks like it might be a slick send-up of pop culture time-travel. And given how much nostalgia Hulu is serving up to its viewers, hopefully this self-aware show will be the right antidote.

Future Man stars Josh Hutcherson of The Hunger Games as Josh Futterman, a gamer tasked by two survivors of the future to kill an entrepreneurial scientist whose herpes cure leads to a planet-devastating war. Balking at lethal measures, Futterman convinces the future soldiers to go for plan B: Prevent the scientist from getting the disease in the first place, ostensibly by ruining his romantic life. Time-travel hijinks will most certainly ensue.

In this article: av, entertainment, hulu, nycc, nycc2017
All products recommended by Engadget are selected by our editorial team, independent of our parent company. Some of our stories include affiliate links. If you buy something through one of these links, we may earn an affiliate commission.