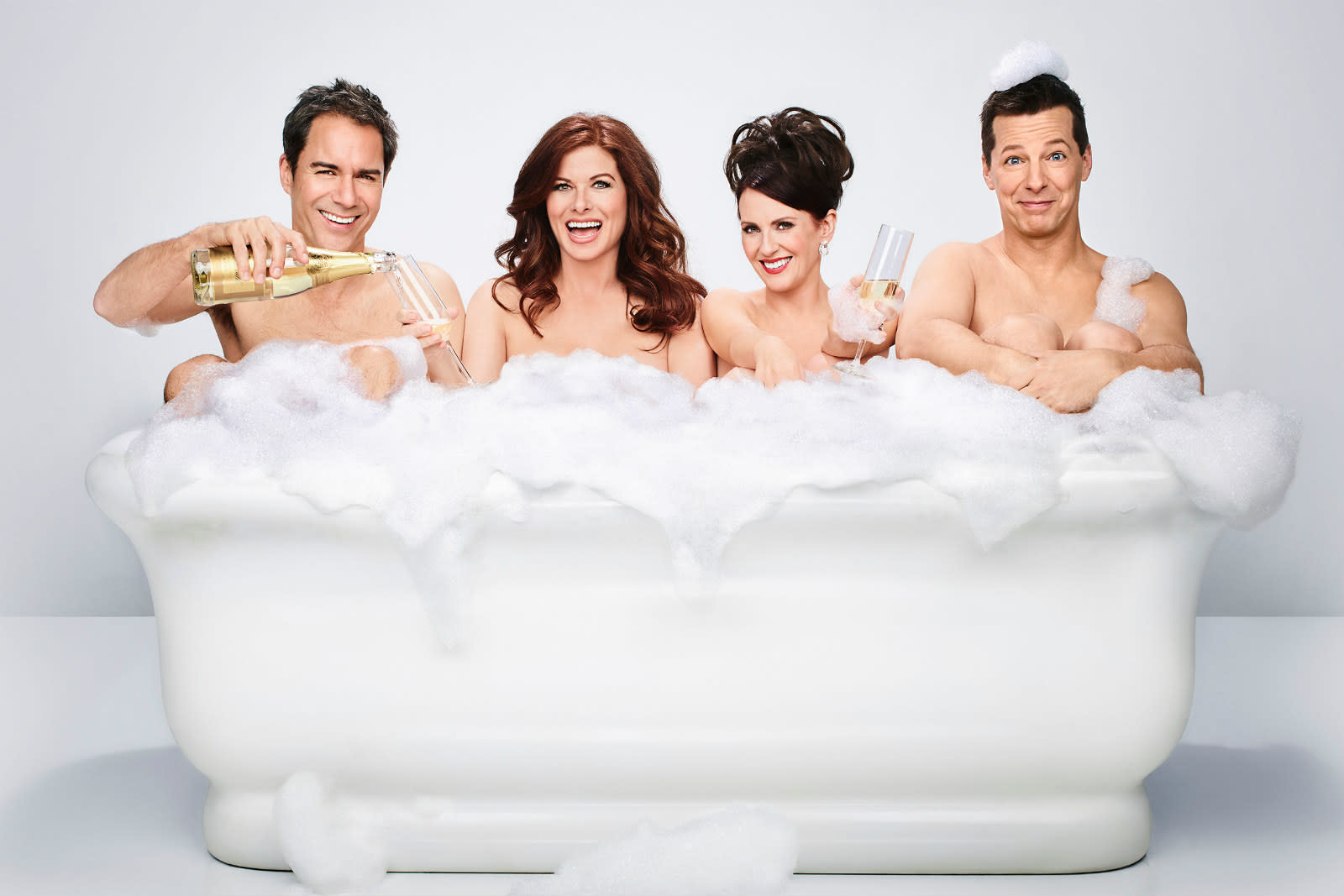 Will & Grace is set to return to our screens next week. But, its fabulous comeback won't just be relegated to network television. The show's original run, and its new episodes, are also making their on-demand debut on Hulu. The streaming service, which now produces its own Emmy award-wining shows, just nabbed every single episode of the hit programme. You can binge watch all eight seasons of Will & Grace starting today, which should prep you for the revival (with each new episode set to hit Hulu the day after its TV premiere). Alongside pay TV, the show will also be available on the NBC app.

Arriving in 1998, Will & Grace quickly became a fan favourite, and eventually went on to nab 83 Emmy nods (and 16 wins). Filmed in front of a live studio audience, the show followed the relationship between Will Truman (a gay lawyer, played by Eric McCormack) and his BFF Grace Adler (Debra Messing). It also featured scene-stealing turns from Megan Mullally (as Grace's assistant Karen Walker) and Sean Hayes, who starred as Will's close friend Jack McFarland. The fact that the show's revival has been picked up for a second season is a testament to its enduring appeal.

Hulu already boasts an attractive library of classic sitcoms -- including The Golden Girls, Seinfeld, and Full House -- making Will & Grace a good fit for the VOD platform. It also probably helps that NBCUniversal is a part-owner of the streaming service, and has struck up content deals with it in the past.

In this article: av, entertainment, hulu, NbcUniversal, sitcom, streaming, StreamingVideo, TvShow, TvShows
All products recommended by Engadget are selected by our editorial team, independent of our parent company. Some of our stories include affiliate links. If you buy something through one of these links, we may earn an affiliate commission.