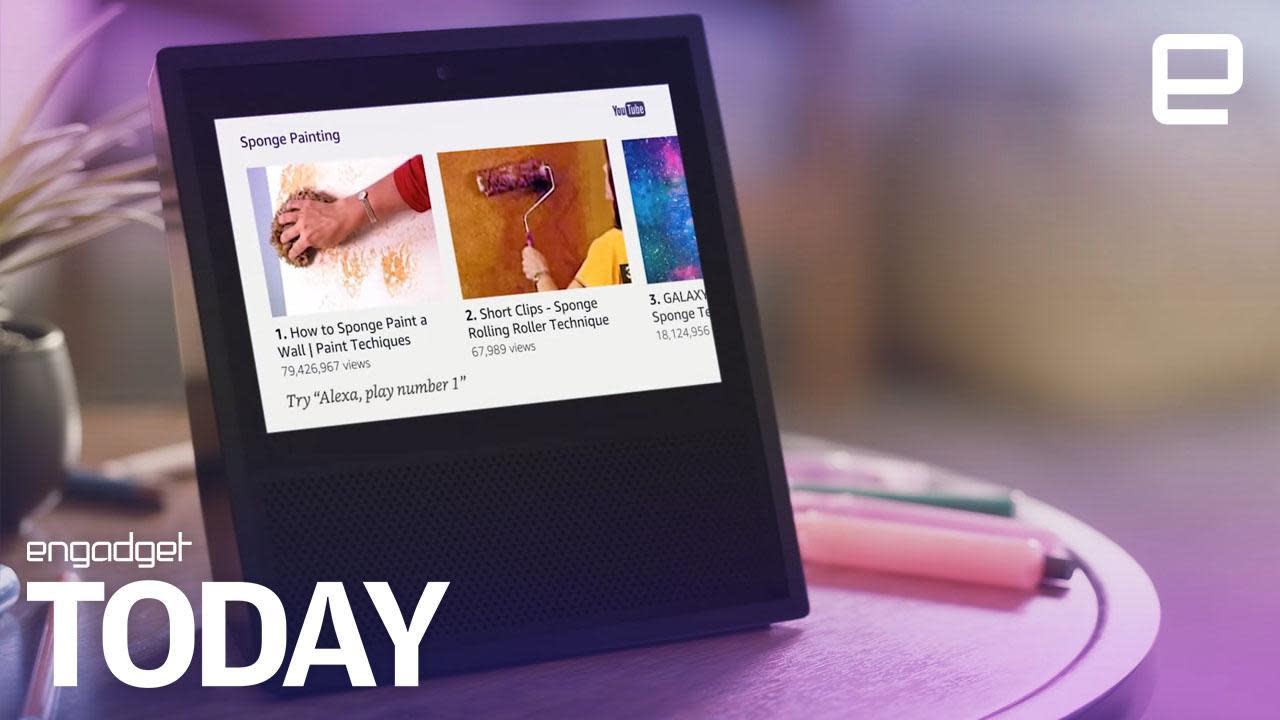 The Echo Show currently costs $200, down from its original asking price of $230. Amazon is hoping the temporary sale price will convince you to overlook the fact that the device no longer supports YouTube. Google removed its popular video service from Amazon's touchscreen smart speaker late last month, and it may never return. At the time, the search giant claimed the Echo Show violated its terms of service by creating a "broken user experience." But, just days later, news broke that Google may be mulling a similar product of its own (to add to its expanding Home line-up). Meanwhile, Amazon's device reportedly began plummeting down its sales chart as a result. A quick glance at its reviews show that plenty of customers are peeved that they can no longer stream YouTube videos on the Echo Show. So, is this a case of damage control? Maybe.

It could also be down to the Echo products on the horizon. After all, the alarm clock-like Echo Spot also sports a (smaller) screen, and will cost just $130 when it arrives in December. Then there's the beefed-up Echo Plus, and the next-gen Echo. But, that doesn't mean the Echo Show has nothing left to offer. Yes, it lacks YouTube, but you can still watch Amazon Prime videos on its 7-inch display. It also boasts impressive speakers, video call functionality, and integration with smart home cameras.

Still, Amazon's spat with Google does little for its artificial intelligence ecosystem. You see, CEO Jeff Bezos wants to play nice with his rivals in order to grab more Alexa skills. He's already found success, courtesy of his firm's partnership with Microsoft (which will share its Cortana digital assistant with Amazon, and vice versa). But the likes of Google and Apple evidently aren't in the mood to play ball. Especially, since they seem to be chasing the same goal: To have their respective software serve as the control deck for your smart home.

In this article: AI, Amaon, amazon, amazon echo, AmazonEcho, aoloriginals, dailyshow, Echo, EchoShow, Engadget, EngadgetToday, engadgetvideo, entertainment, gadgetry, gadgets, gear, GoogleHome, HomevsEcho, KerryDavis, smartspeaker, termsofservice, video, youtube
All products recommended by Engadget are selected by our editorial team, independent of our parent company. Some of our stories include affiliate links. If you buy something through one of these links, we may earn an affiliate commission.