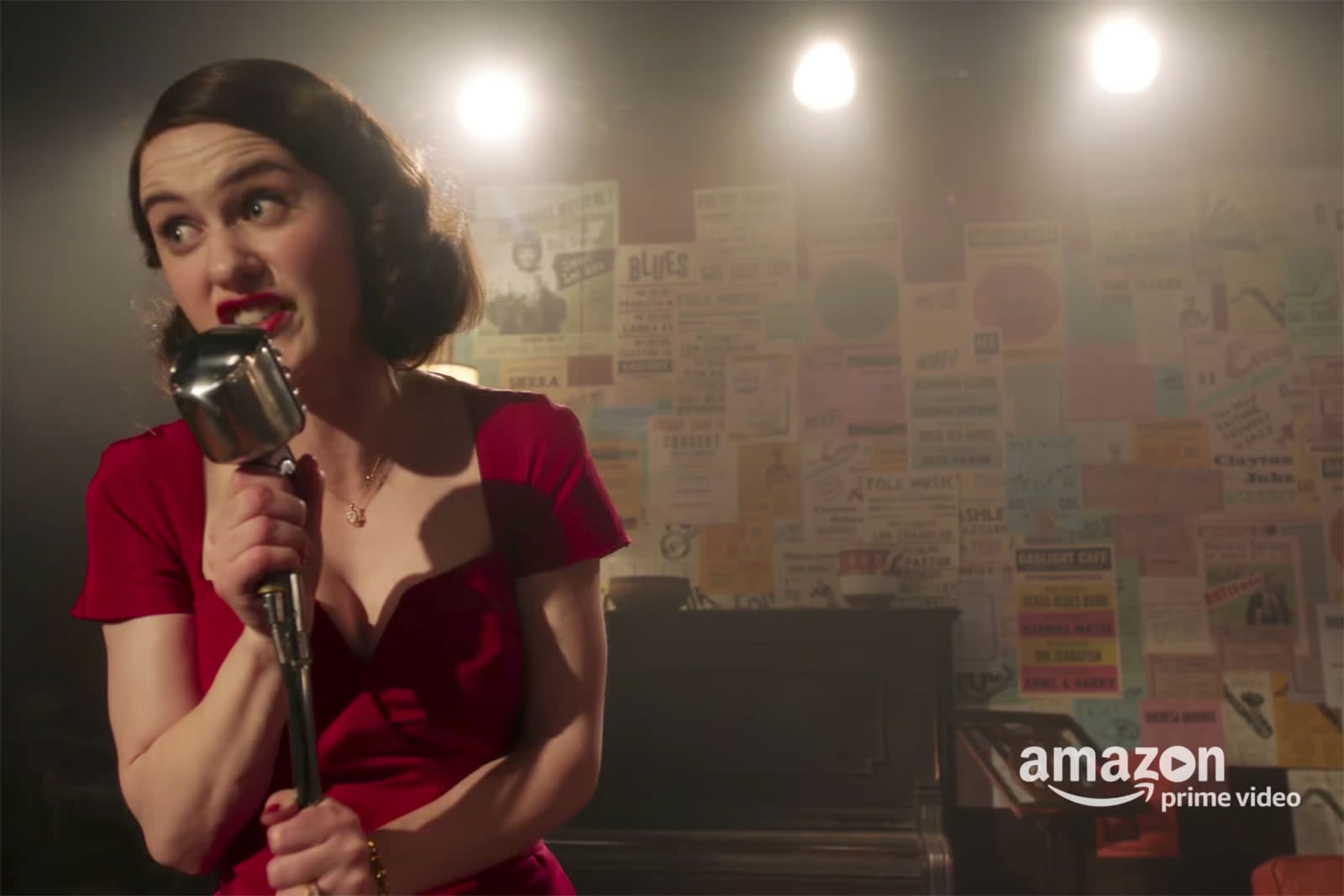 If you were wondering how Gilmore Girls creator Amy Sherman-Palladino would tackle her Amazon original series beyond the pilot episode, you now have a good idea. Amazon has posted the first trailer for The Marvelous Mrs. Maisel, and you can tell that Sherman-Palladino is taking advantage of the creative freedom that comes with an internet-only show. Where Gilmore Girls was best described as quirky, Mrs. Maisel is gritty and raunchy. Its namesake '50s comedienne doesn't shy away from exploring sex and swearing at a time when the media pretended they didn't exist.

The show premieres as a Prime Video exclusive on November 29th. And remember, Amazon has already committed to offering a second season -- you won't be left wondering about the show's fate like you often do with streaming-only productions. That's a reflection of Amazon's confidence in the show, of course, but it also indicates Amazon's determination to counter Netflix's Gilmore Girls revival. It doesn't want Netflix to have a well-known figure like Sherman-Palladino all to itself, and guaranteeing a second season is an obvious way to do that.

In this article: amazon, AmyShermanPalladino, entertainment, internet, marvelousmrsmaisel, services, streaming, television, themarvelousmrsmaisel, tv, video
All products recommended by Engadget are selected by our editorial team, independent of our parent company. Some of our stories include affiliate links. If you buy something through one of these links, we may earn an affiliate commission.