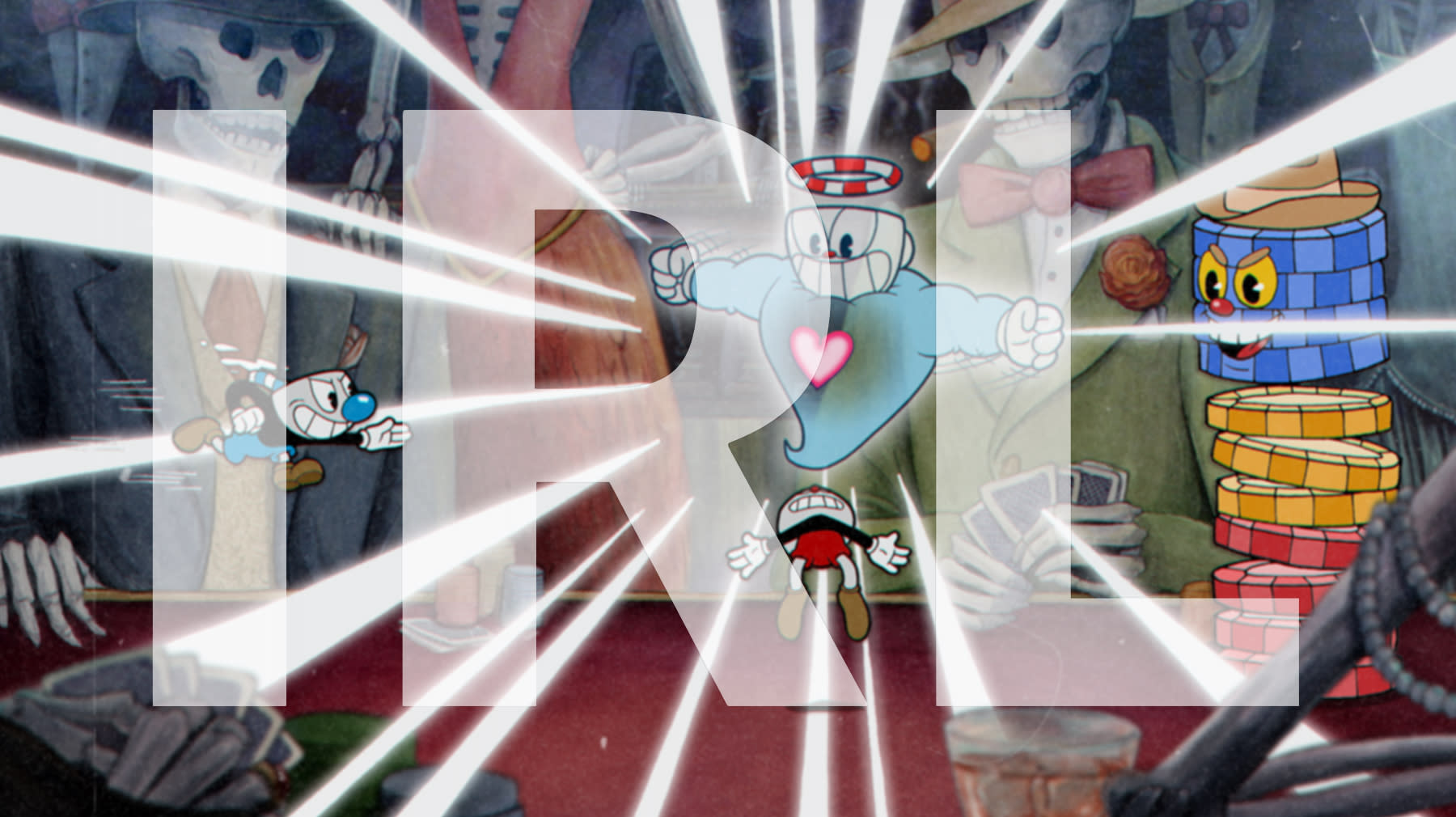 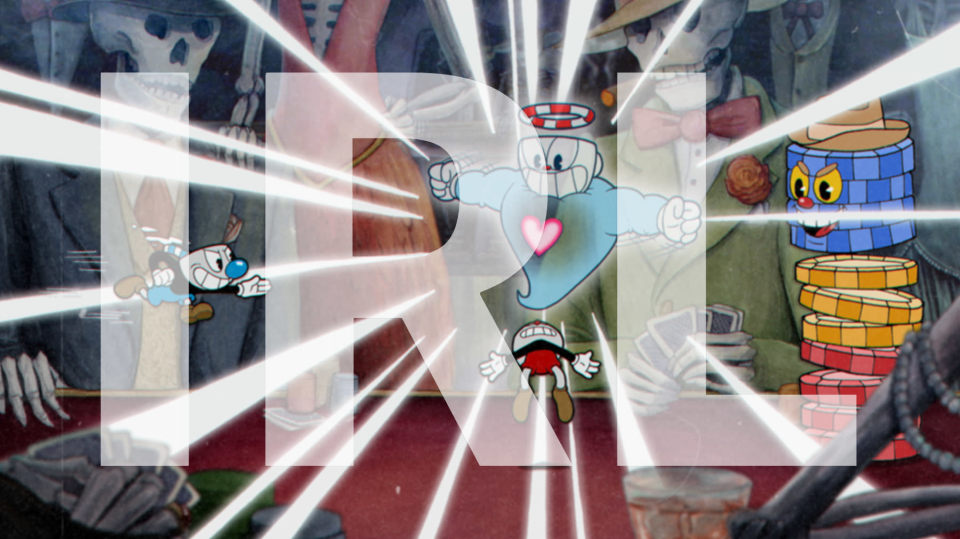 Welcome back to Gaming IRL, a monthly segment where several editors talk about what they've been playing in their downtime. This month, like much of the world, we've been playing Destiny 2 and EA Sports' latest and greatest. Also Cuphead. Lots of Cuphead. When EA revealed a story mode for Madden 18 back at E3, I was already hooked. The limited portion of the so-called "Longshot" feature I saw in LA only cemented it. I hadn't paid attention to Madden in years, but the addition of a narrative storyline that had a healthy dose of Friday Night Lights and a NCAA Football tease was enough to make me take notice again. Sure, "Longshot" is the football equivalent of "The Journey" in EA's FIFA franchise, but the story mode feels like a great add-on to a title that's typically all about playing games and managing rosters.

"Longshot" begins like any good football story does: Kids playing catch in the yard. You first meet the main character, Devin Wade, pretending to win a big game with his best friend Colt Cruise (How's that for a Texas football name?) and his father, Cutter. The narrative quickly speeds ahead to Devin and Colt leaving before sunrise to drive to an NFL regional scouting combine -- what could be the duo's last chance to make a professional roster. Devin was a 5-star recruit at Texas but quit football entirely after his father died. Now he's trying to make an impossible comeback.

From there, the story is told through a series of flashbacks to Devin's high school and college days. You can only play through those high school games, so don't get your hopes up for a mini version of NCAA Football to fill that void. The small sections of Friday Night Lights-esque action are equal parts fun and thrilling as the pressure is on you to save games on the arm, legs and skill of Devin Wade. Since you don't have to pick plays or worry about other aspects of the game, you can just focus on making the throws and decisions needed to win. It may seem a bit weird for die-hard Madden fans, but the condensed action keeps the story moving at a good clip. It also helps that Devin is basically Cam Newton 2.0.

I enjoyed those sections where Devin dons the Mathis Bullfrogs' green and gold more than any other section of "Longshot." Indeed, you get a brief look at what it's like to go through the draft process, including interviews, football IQ tests and drills -- lots and lots of drills. That stuff was all pretty interesting, but for me, those high school games stand above the rest it. There's also a reality show storyline that makes "Longshot" peak 2017.

Even with all of those things, telling Devin's current story by bouncing back-and-forth with flashbacks is a little clunky. It makes sense, but the pace of the story seems to sputter at times. There's a lot more drama surrounding that TV show than seems necessary, but it does make Devin's prep for the rest of the draft process much more interesting than if he were training on his own. It's just a little over the top at times.

I won't spoil the ending, but "Longshot" gives Madden fans something extra this year and provides a foundation for other story modes in future releases. For me, "Longshot" isn't quite as compelling as FIFA's "The Journey," but it's a solid first effort in a new franchise. It's good enough that I'm looking forward to seeing what EA does next with Madden 19.

Cuphead hasn't quite lived up to my expectations, but what I expected, entirely unreasonably, was perfection. Instead, I got a mixture of sublime and frustrating.

At its best, Cuphead is a flawless run-and-gun shoot-em-up, with tight controls and truly unique hand-drawn visuals. The run-and-gun boss battles -- which make up around 80 percent of the game -- get closest to the perfection I desired. Phases are innovative, tricky, but fair. Attacks are very well sign-posted so that, if you die, it's your fault. Restart, get better, and proceed.

The difficulty curve, for the most part, is also solid. The first island is a breeze, teaching you the various mechanics, the second will pose some difficulties, the third gets the closest to the Contra: Hard Corps levels of difficulty that the pre-release hype was talking up, and the final boss challenge, well... I haven't found the time to beat it yet, but I will.

My frustration comes in from the (mandatory) extra levels. In each of the three worlds, there are platforming levels and flying levels. While StudioMDHR (the game's developer) seems to have perfected its boss battles, neither the platforming nor flying levels feel very good. The former are mechanically simplistic, while the airborne sections just don't control anywhere near as well as the ground-based combat.

Despite its flaws, Cuphead is still a must-buy for anyone with an Xbox or PC (I played on the latter). I'm hoping to get through the final boss this week, and then I'll probably be heading back through the game in search of a "perfect" rating. Forget The Legend of Zelda: Breath of the Wild or Super Mario Odyssey, the game that drove me to buy a Nintendo Switch is FIFA 18. Since EA Sports teased the title last year, I had been dreaming of playing it during my morning and evening commutes to and from the office. And that's exactly what I've been doing for the past few weeks. To give you a better idea of why I was so excited, all you need to know is that I was ready to move on from the PlayStation Vita and FIFA 13. That's right, the PlayStation Vita.

Thankfully, the Switch came along and now I have a soccer gaming experience that's closer to the one on the PlayStation 4 or Xbox One. Given the lower processing power of Nintendo's console, compared to Sony's or Microsoft's, the graphics on FIFA 18 aren't as detailed and the gameplay isn't as smooth. The people in the crowd look like they're made of paper, for example. But the rest of the game makes up for that.

Career mode, which lets you manage a team, is by far my favorite mode to play on the Switch. Kickoff against a friend locally is also great, especially since you can set up basically anywhere and get a game going in matter of seconds with the Joy-cons. If there's anything I wish FIFA 18 on the Switch had is "The Journey," the franchise's story mode where you can live the life of a footballer in a cinematic narrative.

Other than that, though, it doesn't seem like EA Sports cut many corners with FIFA 18. The game is as fun as it is on the PS4 or Xbox One and, better yet, it beats having to keep playing on the PS Vita — as much as I love Sony's fabled handheld.

If Bungie hadn't forced me to play a few rounds of Crucible before progressing further in Destiny 2's story, I probably wouldn't have touched it. And that'd be a hell of a tragedy. Before I wrapped the campaign, I found myself loading the adversarial mode whenever I was stuck in a no-respawn zone of the narrative. Or whenever I had a half hour to kill and didn't feel like dealing with the initial spawn point in the European Dead Zone's bullshit. Or just, whenever I got the itch to play the game for a few minutes.

I'm not much of one for online shooters. But something about Crucible's eight-minute, team-only games just works for me. My favorites are the slow-paced, low-scoring, deliberate matches of Supremacy. Kills don't count, per se, until you pick up the gem that drops when your opponent does. If the opposing team recovers them before you can claim, you don't get a point either. It's a great risk-versus-reward system and it can get incredibly tense -- especially if you're rolling solo without a mic. Speaking of which, if you find yourself in a game where the other team is in a clan and chatting and you aren't? Prepare for a bloodbath.

The way Bungie is addressing concerns over Destiny 2's endgame is worrisome, and I can level with people worried that there won't be much reason to stick around between expansion packs, but right now it isn't a big deal for me. At the rate I'm increasing my Warlock's power level (currently at 242) it's going to be a bit before I'm able to tackle a raid, so as long as the loot on the stick doesn't go away for adversarial play I'll be pretty happy.

In this article: av, gaming, irl, microsoft, newirl, nintendo, sony, thebuyersguide
All products recommended by Engadget are selected by our editorial team, independent of our parent company. Some of our stories include affiliate links. If you buy something through one of these links, we may earn an affiliate commission.