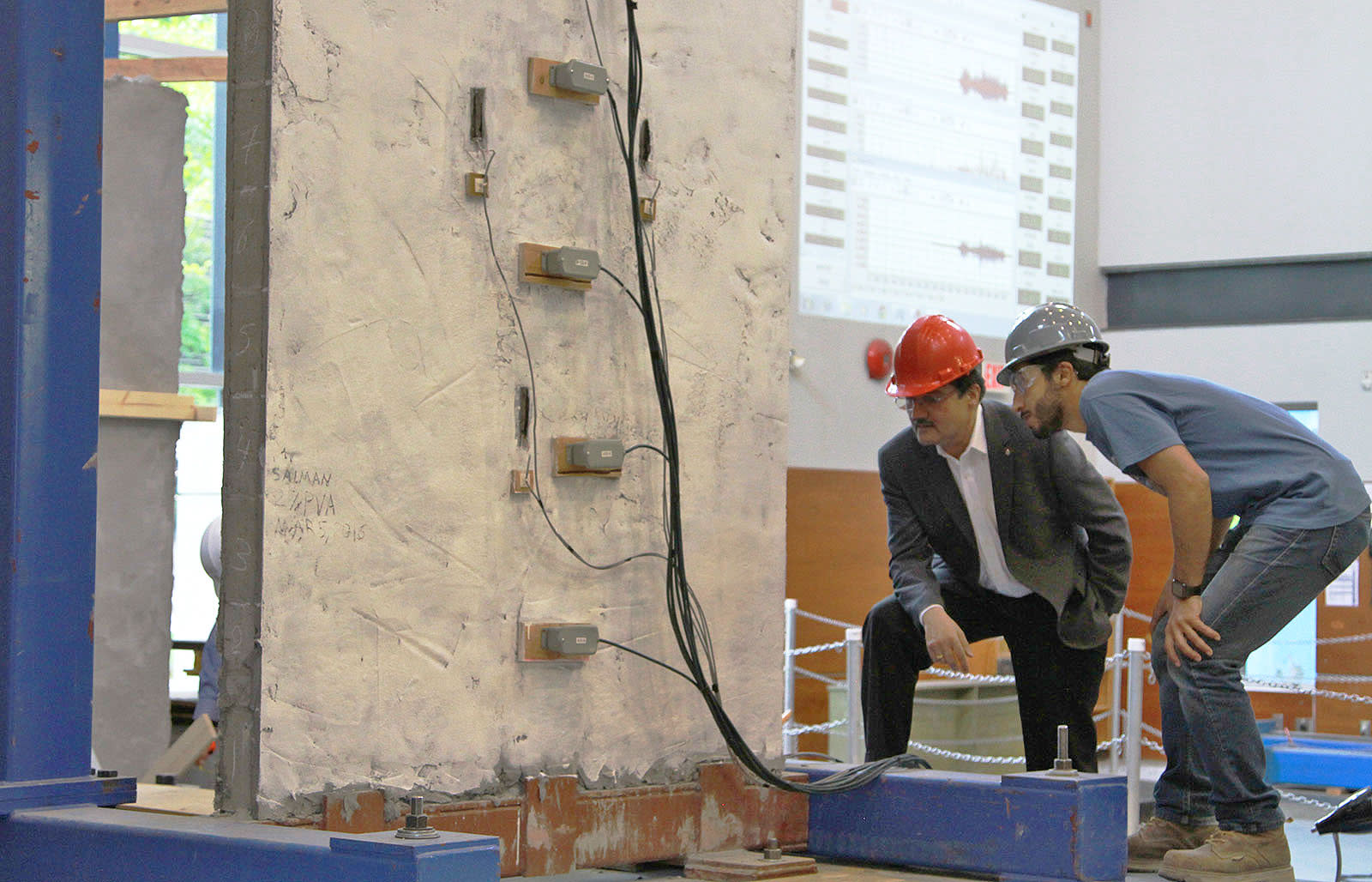 Concrete has become the high-rise building material of choice because it's relatively cheap, easy to work with, long-lasting, and highly resistant to fire or explosions, unlike steel. It does have one inherent flaw, though: It's not great under tensile loads, so it requires heavy steel reinforcement to resist earthquakes. However, researchers from the University of British Columbia (UBC) have developed a new type of concrete with steel-like properties that can resist powerful quakes and is eco-friendly, to boot.

The material, called EDCC, replaces much of the the cement with an industrial byproduct called fly ash. "The cement industry produces close to seven percent of global greenhouse gas emissions," says UBC Professor Nemy Banthia. " By replacing nearly 70 percent of cement with fly ash, we can reduce the amount of cement used. This is quite an urgent requirement, as one tonne of cement production releases almost a tonne of carbon dioxide into the atmosphere."

It also uses polymer-based fibers and other industrial additives, which combined, give it a unique blend of strength and flexibility. The final product is similar to steel, being strong, malleable and much more ductile than regular concrete. Researchers sprayed concrete block walls with about 10mm (a half-inch) of EDCC, then subjected them to a simulated magnitude 9 earthquake, not unlike the one that struck Tohoku, Japan in 2011.

While the unreinforced wall collapsed dramatically at about 65 percent intensity (shown at about 0:50 in the video above), the reinforced wall withstood full intensity shaking, flexing impressively. "A 10 millimeter-thick layer of EDCC ... is sufficient to reinforce most interior walls against seismic shocks," said researcher Salman Soleimani-Dashtaki.

Far from being just an experiment, EDCC cement is a commercial-ready product that has been designated as an official retrofit option in British Columbia, Canada. In many cases, it could be a more cost-effective option than major structural renovations or steel bracing for earthquake protection. For one of the first projects, contractors will use it to upgrade an elementary school in earthquake-prone Vancouver. It'll also be used to retrofit a school in a seismically active area of northern India.

In this article: Concrete, design, Earthquakes, Eco-Friendly, FiberReinforced, gear, home, Structure, UBC, video
All products recommended by Engadget are selected by our editorial team, independent of our parent company. Some of our stories include affiliate links. If you buy something through one of these links, we may earn an affiliate commission.