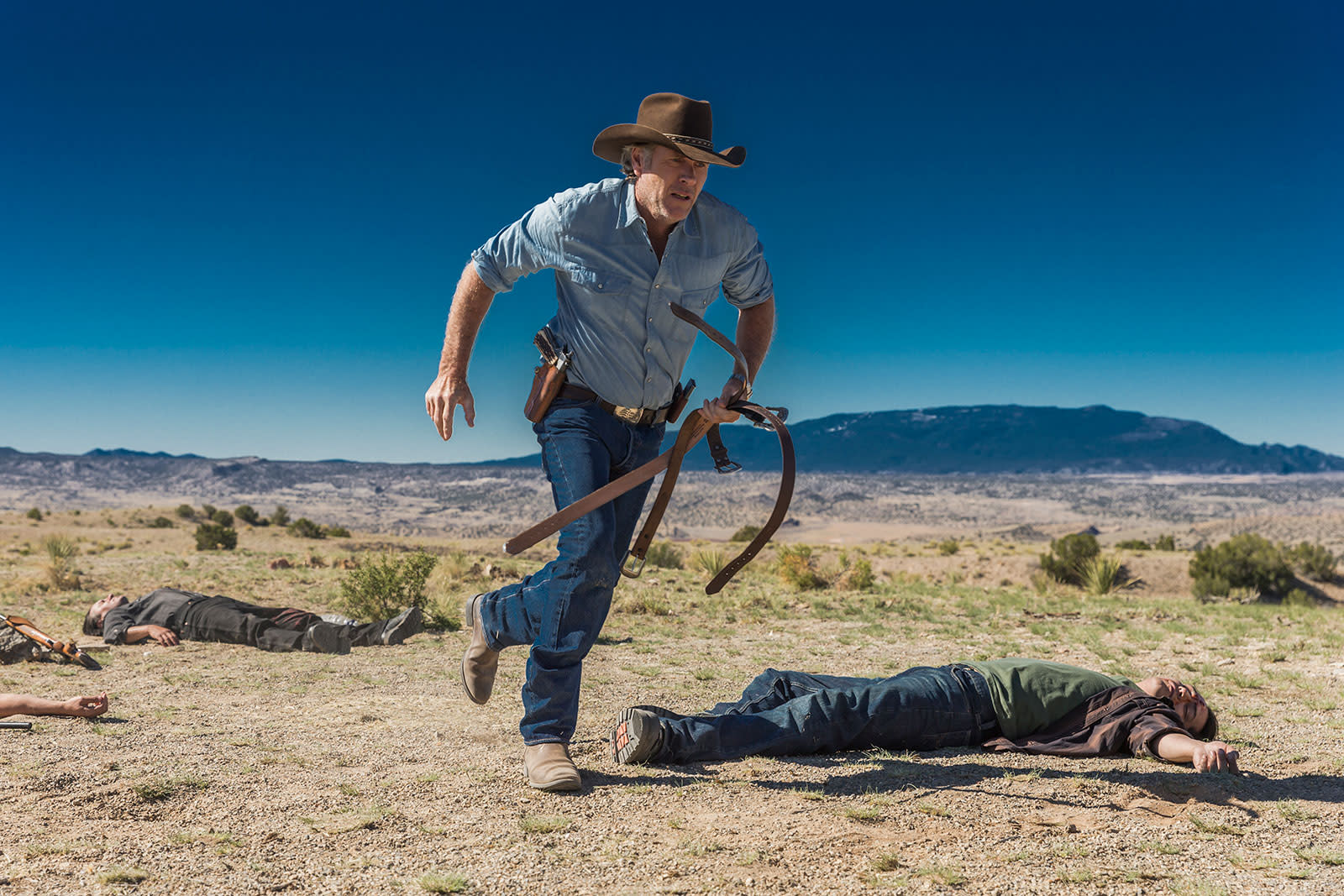 Netflix may have saved popular crime series Longmire after A&E cancelled it in 2014, but every cowboy has his last ride. The streaming service has announced that the sixth and final season debuts on November 17th. A trailer for the final act depicts Sheriff Walt Longmire considering taking off the badge for good and being forced to confront five seasons worth of criminals and past decisions. Based on the clip, it looks like this final installment will be jam-packed with shootouts and suspense.

When A&E cut Longmire, the show was reportedly the most-watched scripted series of all time on the network. However, the show was mostly popular among older viewers -- and those of us with old souls. In the end, Netflix revived the series starting with season 4 and saw fit to extend the story for two more seasons.

If you're not familiar with Longmire, the show chronicles the life of a Wyoming sheriff who is trying to balance his personal life, relations with a local Native American tribe and constant criminal activity all while searching for his wife's killer. The series is based on the book by Craig Johnson and stars Robert Taylor in the lead role alongside Lou Diamond Phillips, Katee Sackhoff (Battlestar Galactica) and a host of others. It's definitely worth a watch if you're into police/crime dramas, and you've got plenty of time to binge the first five seasons before the sixth begins streaming next month.

In this article: av, entertainment, longmire, netflix, streaming, tv
All products recommended by Engadget are selected by our editorial team, independent of our parent company. Some of our stories include affiliate links. If you buy something through one of these links, we may earn an affiliate commission.