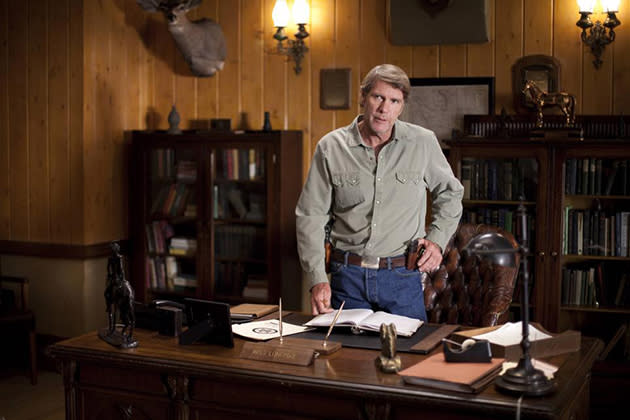 Fans of A&E's Longmire were pretty vocal when the network announced it would part ways with the series after a massive cliffhanger at the end of season 3. Well, the show will live on at the hands of Netflix. The streaming service nabbed the rights to the fourth season that's set to include ten episodes arriving in 2015. As Deadline Hollywood reported back in August, the show's demographic is much older than most A&E shows, but Longmire had the highest viewership of any scripted series on the channel. If you aren't familiar, the plot centers around rural Wyoming sheriff Walt Longmire and his crime-fighting chronicles based on the novels of Craig Johnson -- including a series-spanning search for his wife's killer. The set of new episodes will air in the US, Canada, Australia and New Zealand when they stream next year.

In this article: hdpostcross, longmire, netflix, streaming, television, tv, tvshow
All products recommended by Engadget are selected by our editorial team, independent of our parent company. Some of our stories include affiliate links. If you buy something through one of these links, we may earn an affiliate commission.