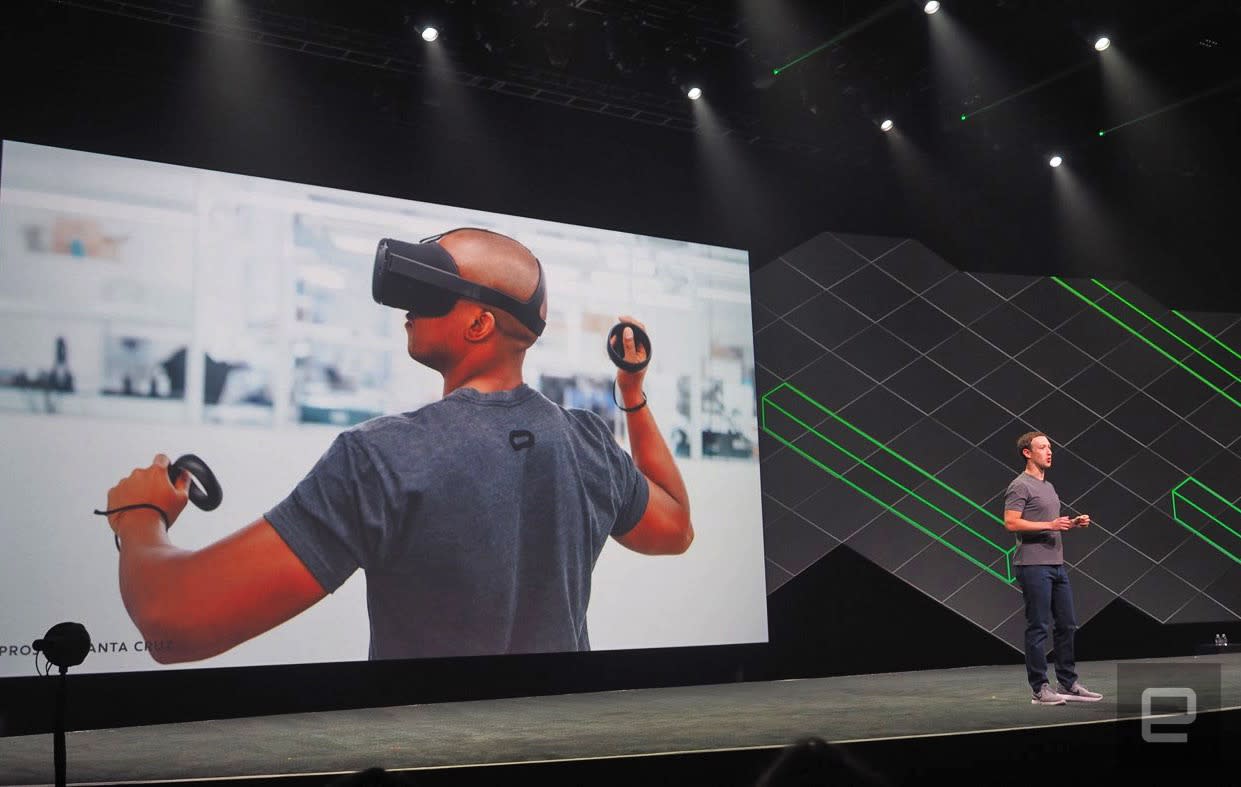 Oculus isn't limiting its new stand-alone VR experiences to the Go headset. It's introducing a much more refined version of Project Santa Cruz, the stand-alone VR headset it showed off last year. The new prototype is far sleeker, and importantly includes true six-degrees-of-freedom motion control. This is the first headset with full "inside-out" tracking, Oculus says. There are no wires and no external sensors for any movement tracking, whether you're tilting your head or waving your hands. There aren't many details as of this writing, but it'll take a while before you can strap one to your cranium -- it's reaching developers within a year.

It's also introducing brand new controllers, simply called the Santa Cruz controllers. They look a little similar to the Touch with a grip button and a touchpad, but they look different, too -- a little more streamlined and a little more compact. They rely on the same four ultralight infrared tracking sensors that the Santa Cruz headset itself uses.

In this article: facebook, gear, headset, oculus, oculusconnect4, personal computing, personalcomputing, projectsantacruz, santacruz, video, virtualreality, vr, wearables
All products recommended by Engadget are selected by our editorial team, independent of our parent company. Some of our stories include affiliate links. If you buy something through one of these links, we may earn an affiliate commission.