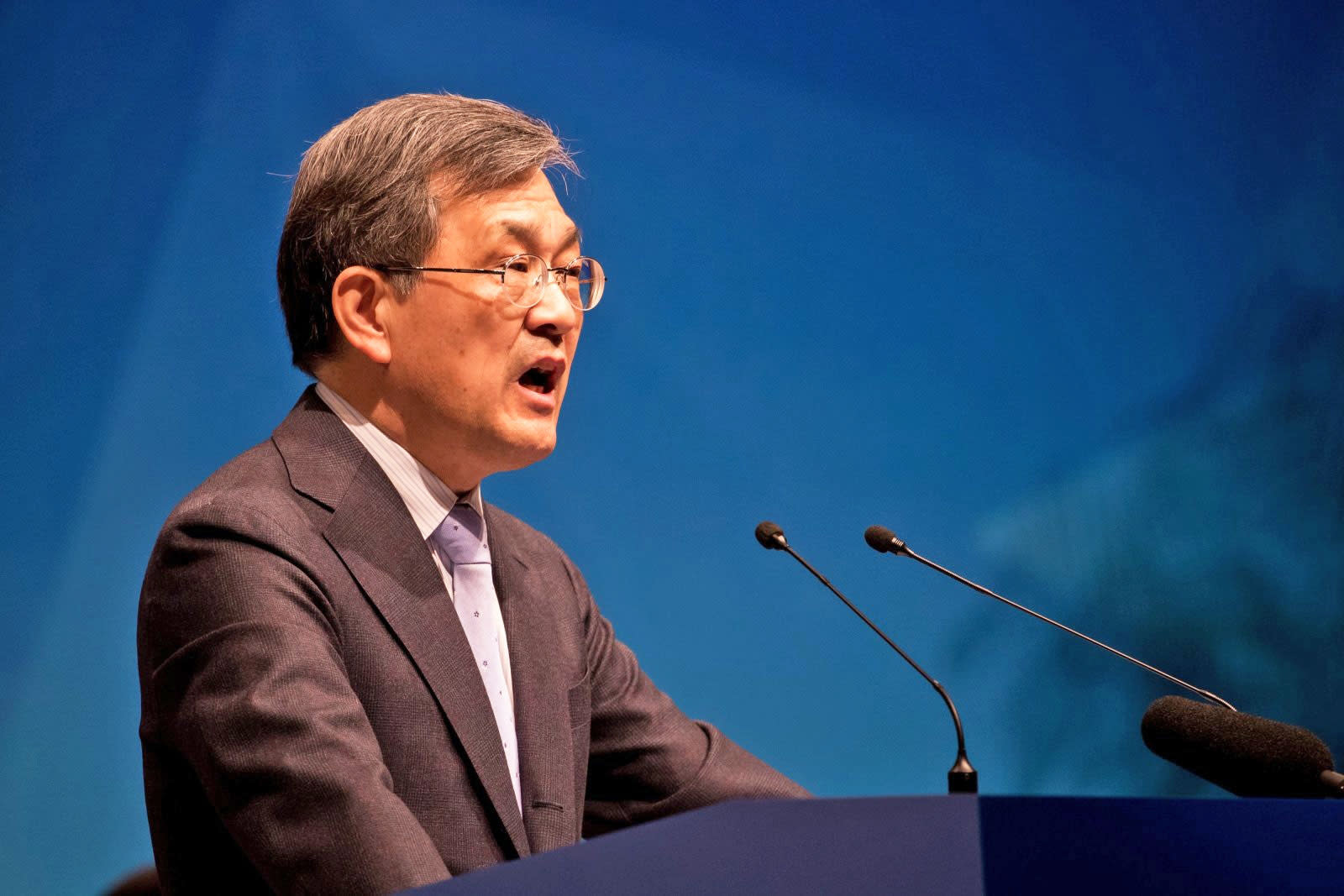 Based on the earnings guidance Samsung has released for the third quarter of 2017, the Korean conglomerate is set to make a new record. It puts its operating profit for July to September at around $12.8 billion, almost thrice last year's $4.6 billion. Despite the possibility of having the best annual earnings ever, not everything's A-OK for the chaebol. Samsung Vice Chairman Oh-Hyun Kwon has decided to step down and leave his positions as vice chairman, board chairman and member, as well as CEO of Samsung display. He said the company is "confronted with unprecedented crisis inside out" and needs "a new spirit and young leadership to better respond to challenges..."

Kwon has been the face of Samsung after Jay Y. Lee was arrested and eventually found guilty of bribery and embezzlement. Lee, who was sentenced to five years in prison, apparently bribed officials to ensure that the controversial merger of two Samsung-controlled companies would go smoothly in spite of shareholders' disapproval. While he was only a vice chairman when he was arrested, Lee was considered the company's de facto leader after his father, Samsung Chairman Lee Kun-hee, suffered a heart attack in 2014. The younger Lee is responsible for conjuring up the company's long-term strategic vision.

Samsung had a great quarter, thanks mainly to the increasing demand for memory chips with large storage capacities. The mobile division's performance also got a boost from Galaxy Note 8's sales, but we won't know by how much until the full earnings come out. If the conglomerate wants to top Q3's profit, though, it has to find a way to solve the "unprecedented crisis" it's going through.

In this article: business, earnings, earningsguidance, financials, gear, Oh-HyunKwon, q32017, samsung
All products recommended by Engadget are selected by our editorial team, independent of our parent company. Some of our stories include affiliate links. If you buy something through one of these links, we may earn an affiliate commission.