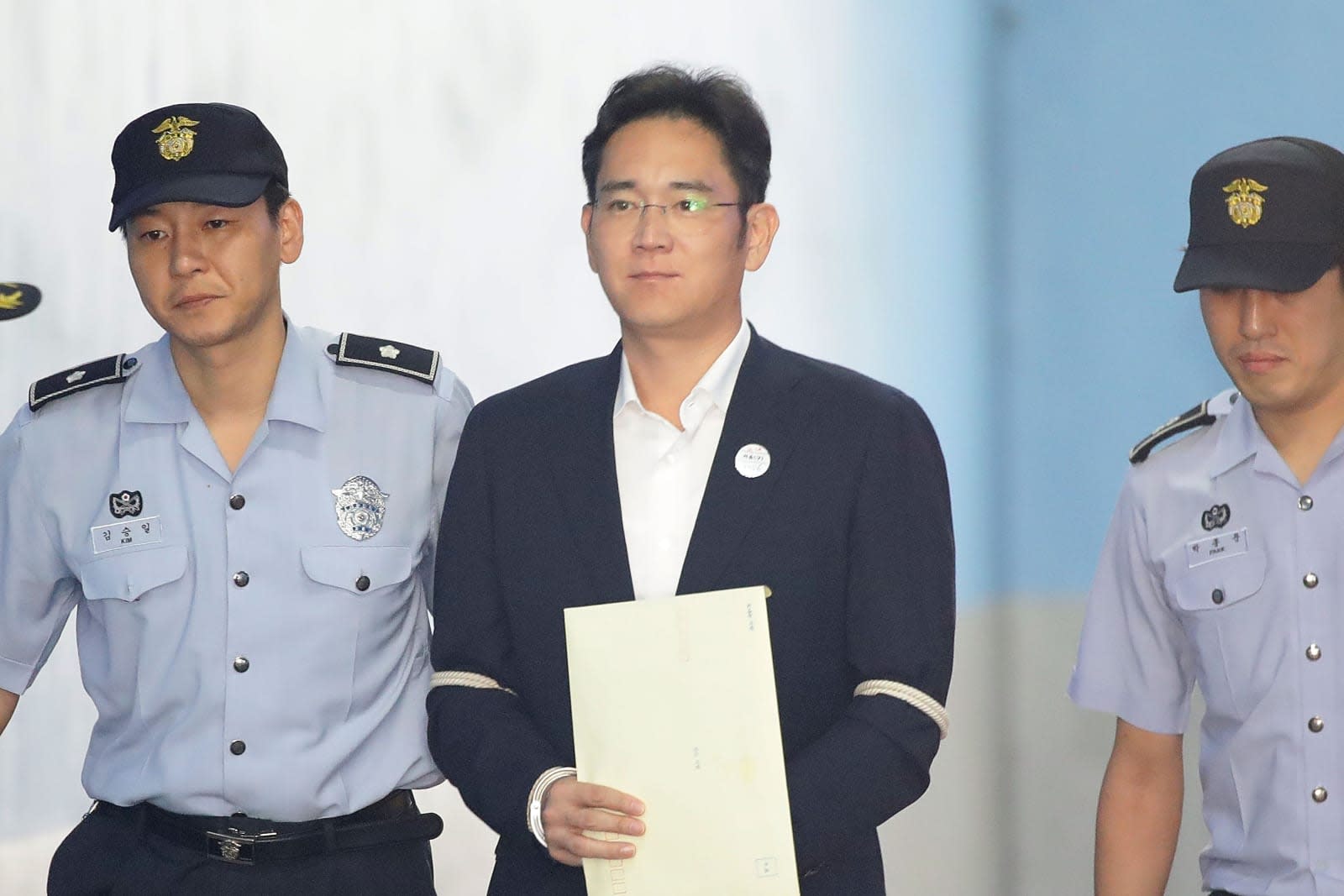 Samsung will have to operate without its acting leader for a few years, now that a South Korean court has found Lee Jae-yong guilty of bribery and embezzlement. The executive has been sentenced to five years in prison, much shorter than the 12 years he was facing. According to The New York Times, though, that's long enough to be considered a heavy penalty for a country that's used to doling out light sentences to major business figures.

Also known as Jay Y. Lee, the executive is technically the "chaebol's" Vice Chairman, but he's been running the company for a few years now after his father suffered a heart attack. Lee was arrested earlier this year after Samsung's involvement in President Park Geun-hye's scandals came to light. Apparently, he bribed four foundations built to support the former presidents political initiatives with a total of $38 million, effectively ensuring the regulatory approval needed to merge two Samsung-controlled companies. A lot of shareholders were opposed to the $8 billion merger, but it passed without issues due to the government's backing. It's worth noting that the Samsung conglomerate is involved not just in electronics, but also in shipping, medicine and many other industries.

The court said prosecution presented enough evidence to prove that the Samsung chief bribed the government to gain its support for the controversial merger. Further, the move expanded his power over Samsung Electronics, the division in charge of its phones, TVs and other devices, which is considered the chaebol's top earner. Samsung has been doing quite well globally and frequently tops the list for smartphone shipments worldwide. It'll be interesting to see how it does in the next few years, considering it credits Lee with providing its long-term strategic vision.

In this article: gear, politics, samsung
All products recommended by Engadget are selected by our editorial team, independent of our parent company. Some of our stories include affiliate links. If you buy something through one of these links, we may earn an affiliate commission.