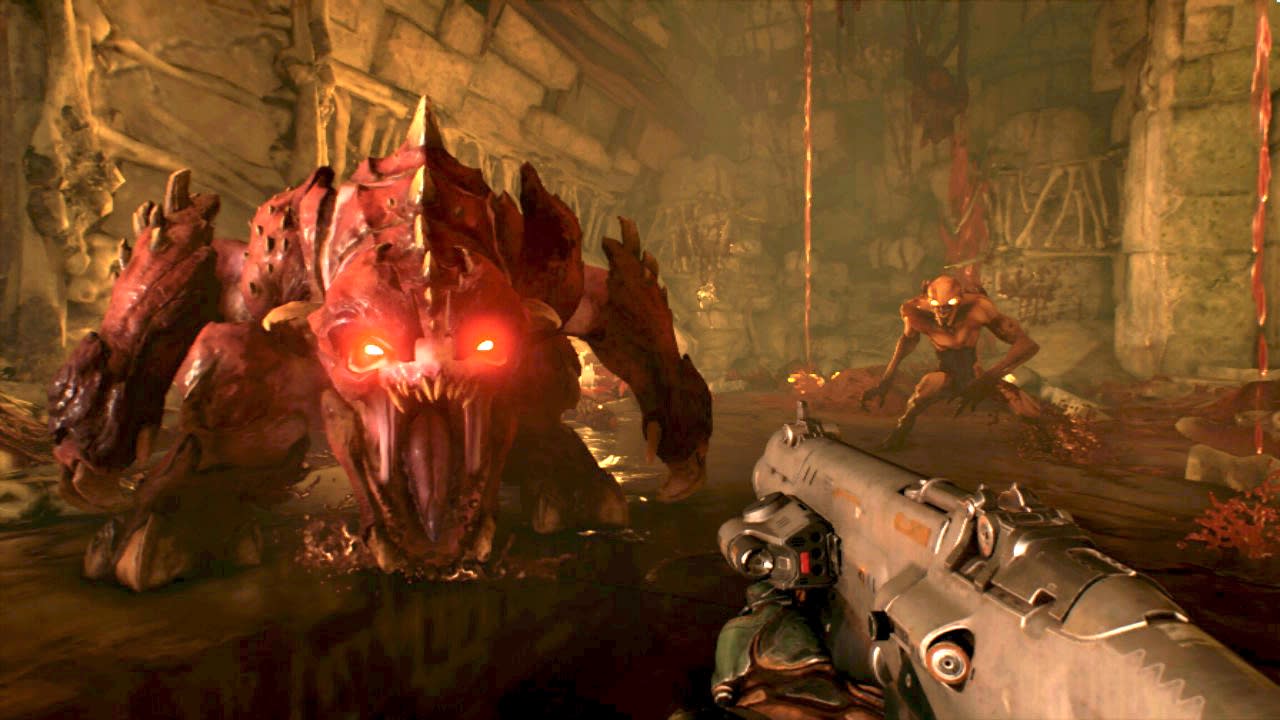 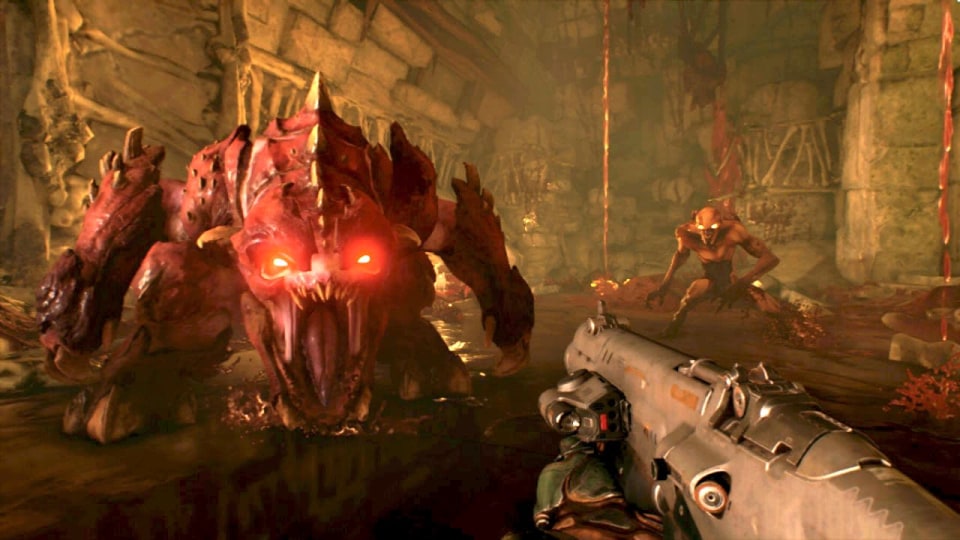 Turns out that you won't have to wait too long to raze some Hell on your Nintendo Switch. That's because Doom will be released this November 10th, only a few short weeks from now. How's it look? Based on the video below, good and it seems to play just as fast, but it's a little soft/hazy compared to the PC, PlayStation 4 and Xbox One versions. That's to be expected though, because the Switch is running on a standard NVIDIA Tegra X1 chip versus the PS4's and Xbox One's AMD Radeon processors. What's impressive is that the game's fancy lighting tricks appear to be intact. However, the video doesn't indicate if the game footage was captured during handheld mode or in TV mode.

Those other versions also target 60 frames per-second for gameplay, versus the Switch's 30 FPS. But you can't exactly stuff those consoles into a messenger bag and play them on a cross-country flight, so it's a matter of what's important to you.

The Switch port is being handled by developer Panic Button, which is also working on the console's version of Rocket League, among other projects. A recent Wall Street Journal report stated that Nintendo has been actively courting developers who've traditionally eschewed the company's hardware. It's apparently an attempt by Nintendo to distance itself from the "family only" reputation that its earned. Which would explain Bethesda bringing Doom, The Elder Scrolls V: Skyrim and Wolfenstein II: The New Colossus to the platform.

For Nintendo to keep doing that, though, it needs some incentive. The GameCube, Wii and Wii U all had M-rated games, but lackluster sales killed them off in pretty short order. If people want to slay demons or kill Nazis on Switch, they'll have to open their wallet as a sign of encouragement.

In this article: av, bethesdasoftworks, demon, doom, fps, gaming, hell, idsoftware, mature, nintendo, nintendoswitch, switch
All products recommended by Engadget are selected by our editorial team, independent of our parent company. Some of our stories include affiliate links. If you buy something through one of these links, we may earn an affiliate commission.