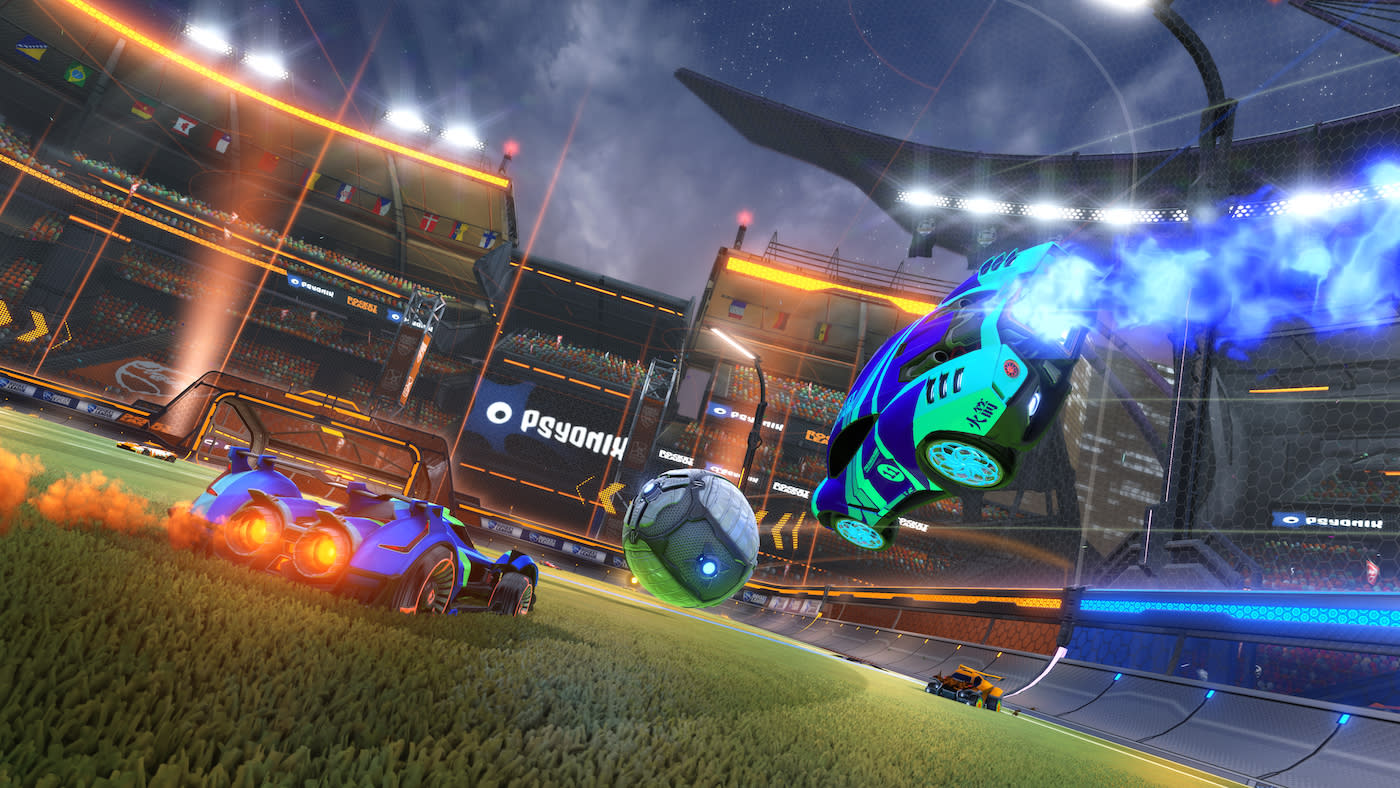 Rocket League is coming to the Nintendo Switch. That alone is big news, but bigger yet? When it's released this holiday, you'll be able to play against folks on Steam and Xbox One. That's right: When developer Psyonix said that they had cross-platform multiplayer figured out, the studio wasn't bluffing. If it sounds familiar, that's because Microsoft announced that Minecraft would offer cross-play between Nintendo's portable/home console hybrid earlier this week. The port will have Mario and Luigi hats and a few battle cars exclusive to the platform as well. What's more, it'll offer local multiplayer and support up to eight people playing together online.

In this article: applenews, av, e3, e32107, gaming, microsoft, nintendo, nintendoswitch, psyonix, rocketleague, xbox, xboxone
All products recommended by Engadget are selected by our editorial team, independent of our parent company. Some of our stories include affiliate links. If you buy something through one of these links, we may earn an affiliate commission.