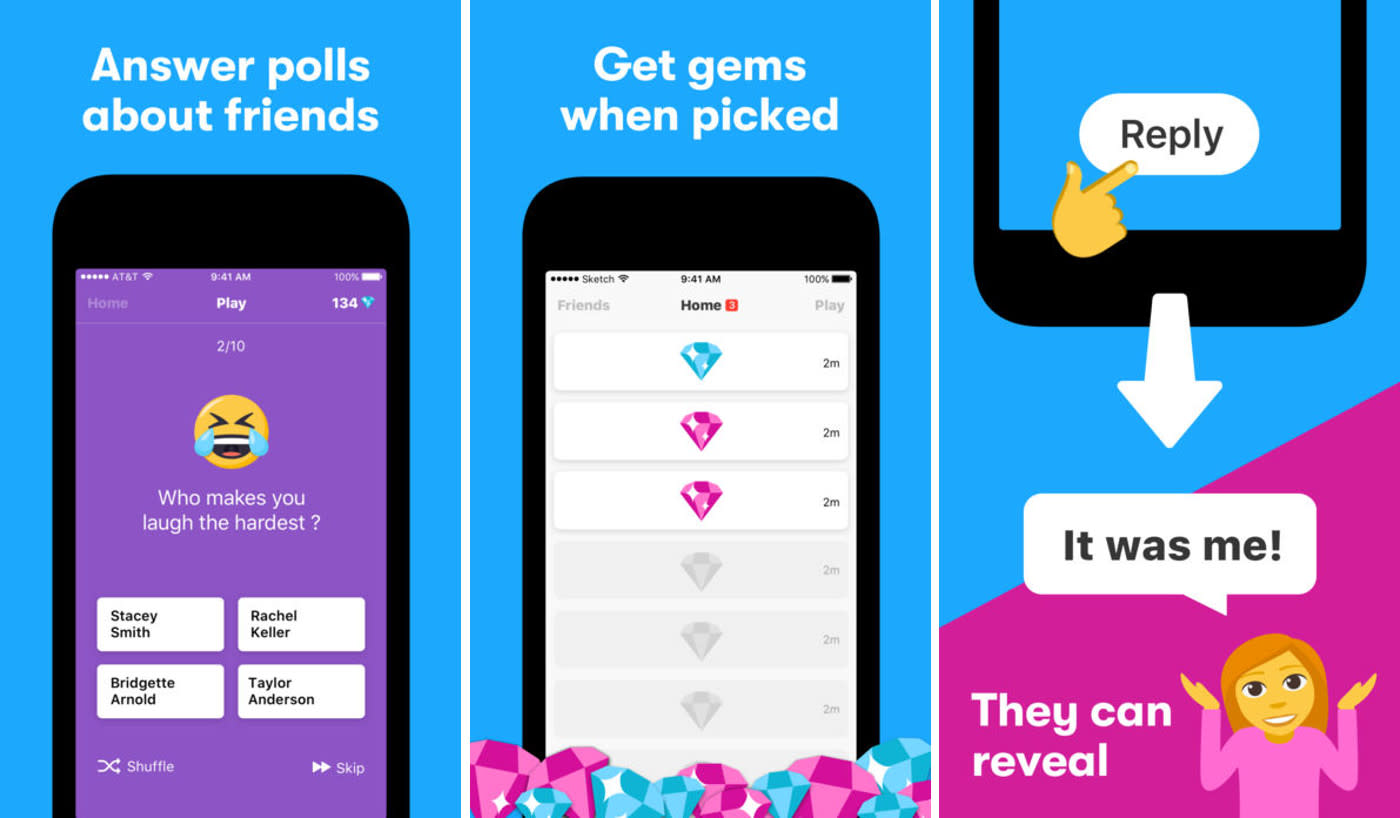 In another bid to establish a deeper connection with young'uns who might just see Facebook as a way to communicate with grandma, the social network has snapped up "tbh." It's an app targeting American teens that focuses on positive interactions with friends online. Facebook likely took notice, because the application (according to the company's post about the acquisition) has been downloaded by over 5 million people over the past few weeks. It currently has 2.5 million daily users despite only being available in select states.

You can think of tbh (and yes, that's to be honest) as a polling app, which only allows questions that'll make the choices feel good about being selected. For instance, you can create a poll asking "Who has the most infectious laugh?" or "Who has the cutest smile?" then list four choices among your contacts. You get gems whenever you get selected, and you'll have the option of getting in contact with the users who chose you. It's up to them to decide whether to reveal who they are. As you can see, it could also be a recipe for shattered self-esteems -- what if nobody chose you? -- but its creators' goal is to create a community where people can feel happier and more confident about themselves.

According to TechCrunch, Facebook moved fast enough that it paid less than $100 million for the purchase. That's chump change for the company and probably one of the reasons why it didn't build a copycat instead. However, that's still a huge deal for a start-up that almost ran out of money before developing tbh. The developers will even get to run their team independently with Facebook's money to back them up.

In this article: app, facebook, gear, mobile, tbh
All products recommended by Engadget are selected by our editorial team, independent of our parent company. Some of our stories include affiliate links. If you buy something through one of these links, we may earn an affiliate commission.