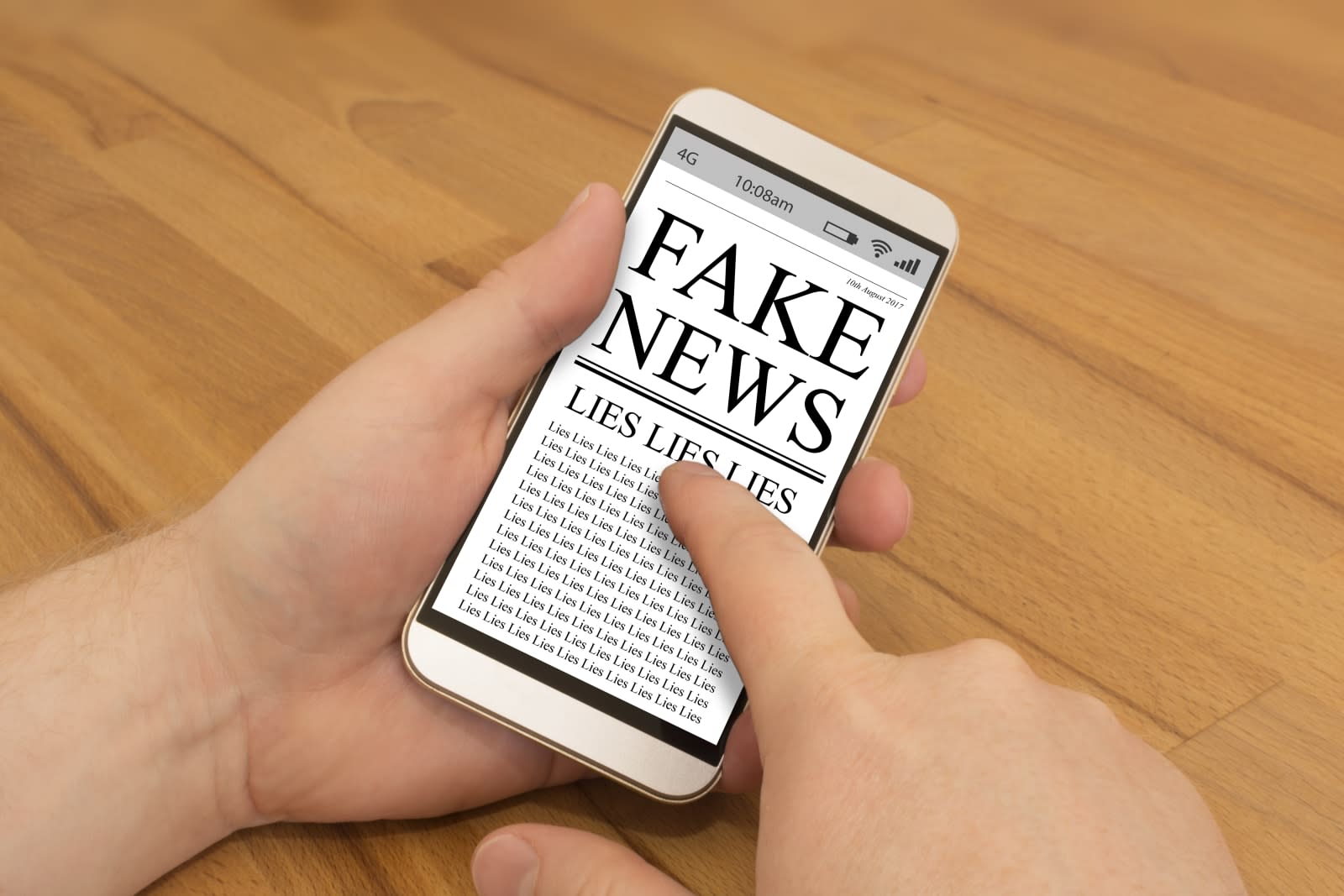 It's not just Facebook that has a fake news advertising problem. Google also found evidence of Russian influence in the most recent US presidential election, and reportedly set up anti-Muslim ads (which it subsequently shut down). Now, according to a report in The New York Times, fake ads that look like news are appearing on sites that actively try to counter fake news, including Politifact and Snopes.

According to the report, the ads would lead with a controversial, clickbait-style headline, which would take readers to a legitimate-looking fake version of People or Vogue. After a headline and large photo about the fake news ("Melania isn't staying at the White House," "Televangelist Joel Osteen is leaving his wife!"), the fake article devolved into a pitch for anti-age face cream or other such product. The process is something Google calls "tabloid cloaking," something Google claims it shut down more than 1,300 accounts that were engaging in the practice last year. The Times reports that while these fake publishers used Google's AdWords system to get their fake ads to large sites, it's not clear they were targeting fact-checking sites specifically.

Clickbait-style fake news is a psychological problem, of course, though tech companies like Facebook and Google keep trying to throw technological solutions at the issue. The automated nature of ad-buying systems can lead to pretty much anyone putting whatever they want on sites both real and fake. According to the Times, the accounts that were revealed as fake have been terminated after the investigation began.

Update: A Google spokesperson sent us the following: ""As always, when we find deceptive ad practices on our platforms we move swiftly to take action, including suspending the advertiser account if appropriate. In addition, we give publishers controls so they can block specific types of ads and advertisers. Last year, we terminated over 1,300 advertiser accounts for tabloid cloaking, and last week we announced a new control for publishers to block tabloid-style ads as a category." They also pointed us to a blog post that explains new AdWords controls to help sites avoid these types of fake ads.

In this article: fakenews, gear, internet, politifact, snopes, tabloidcloaking
All products recommended by Engadget are selected by our editorial team, independent of our parent company. Some of our stories include affiliate links. If you buy something through one of these links, we may earn an affiliate commission.