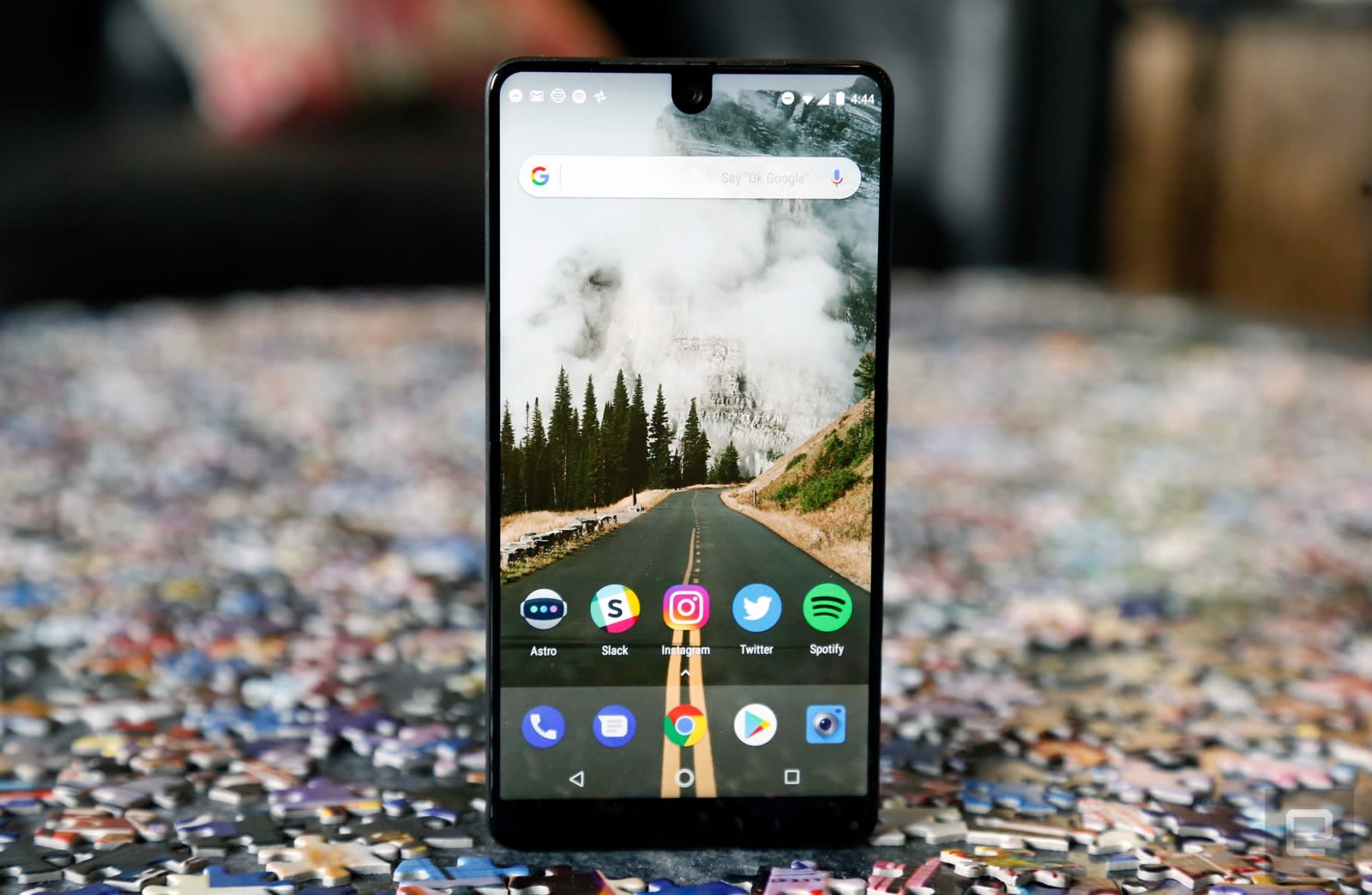 It's no secret that the Essential Phone isn't a hot seller. Whether or not you believe the sales estimates, it's difficult to move large volumes of a $699 phone with limited carrier deals (in the US, only Sprint) and no brand recognition outside of smartphone enthusiasts. And Essential knows it -- Andy Rubin's outfit has dropped the price of the phone to $499 several weeks after its late August launch. If you're an early adopter who already has an Essential Phone, you'll get a $200 "friends and family" code that you can use at the official store to buy a 360-degree camera or get credit toward another phone.

The company hasn't directly attributed the cut to sales performance, but it argues that "making it easier" for you to buy the Essential Phone should be more effective at drawing attention than running a marketing blitz. And we can't entirely disagree. The all-screen device was a tough recommendation at its original, flagship-worthy price given the sub-par camera performance and lack of water resistance, but it's much more compelling as an upper mid-tier phone competing with the likes of the OnePlus 5. That's especially true knowing that Essential has improved its camera software since we first reviewed the handset in the summer, even if it's not about to make a Pixel 2 owner nervous.

With that said, there's no question that Essential faces an uphill battle even after the price cut. It's not the value proposition that's the problem -- it's that it's very hard to break into the smartphone business as a new brand, even if you have Rubin's pedigree and loads of funding. The North American phone market in particular revolves heavily around Apple and Samsung, and even heavyweights like LG have trouble breaking that grip despite ample marketing and multi-carrier deals. Essential will likely have to play the long game if it wants to convince the mainstream that it has a viable alternative to Galaxies and iPhones.

In this article: android, andyrubin, essential, essentialph1, essentialphone, gear, mobile, smartphone, sprint
All products recommended by Engadget are selected by our editorial team, independent of our parent company. Some of our stories include affiliate links. If you buy something through one of these links, we may earn an affiliate commission.