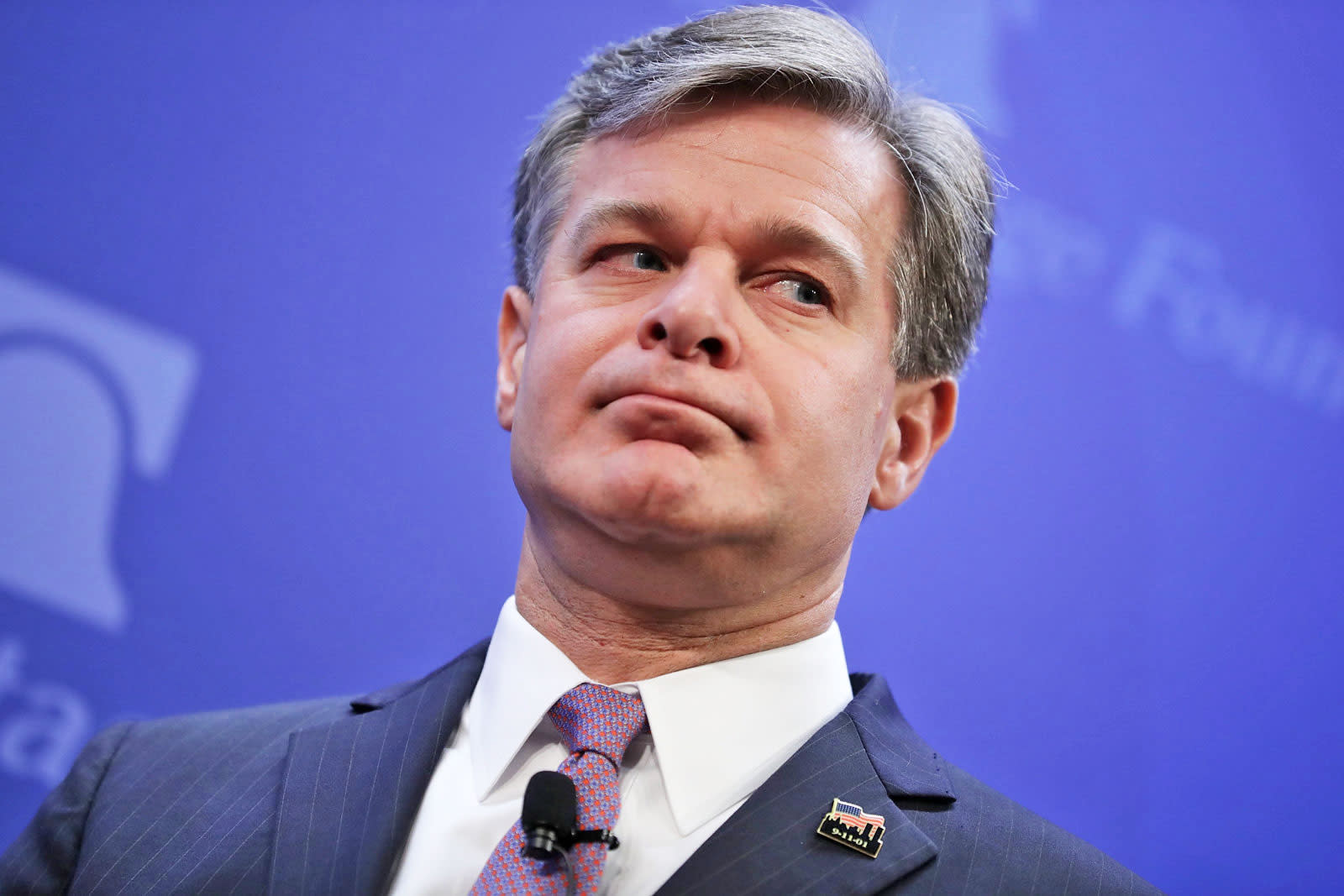 In an 11-month period, the FBI failed to gain access to around 7,000 encrypted mobile devices, BBC News reports, which is about half of those targeted by the agency according to FBI Director Christopher Wray. In a speech given at the Association of Chiefs of Police conference yesterday, he said that device encryption was "a huge, huge problem," for the agency.

The FBI publicly went after Apple following the 2015 San Bernardino terror attack as it sought access to the shooter's locked iPhone 5c -- a request that Apple staunchly refused. It eventually got around the issue by paying an undisclosed vendor reportedly $900,000 for software that gave the agency access to the phone. While that incident garnered a lot of attention, it certainly wasn't the first time the FBI made it clear that encrypted smartphones were a headache for the agency. In 2014, then Director James Comey said that secure communications could lead to "a very dark place" and called on Congress to change the Communications Assistance for Law Enforcement Act accordingly. Further, while the FBI presented the San Bernardino attacker's phone as a special case of national security, the Wall Street Journal reported that the Department of Justice was pursuing nine similar requests around the same time.

Wray said at the conference, "I get it, there's a balance that needs to be struck between encryption and the importance of giving us the tools we need to keep the public safe." But as cybersecurity expert Alan Woodward told BBC News, encryption is here to stay. "Encryption that frustrates forensic investigations will be a fact of life from now on for law enforcement agencies," he said. "Even if the equipment manufacturers didn't build in such encryption it would be possible to obtain software that encrypted data in the same way."