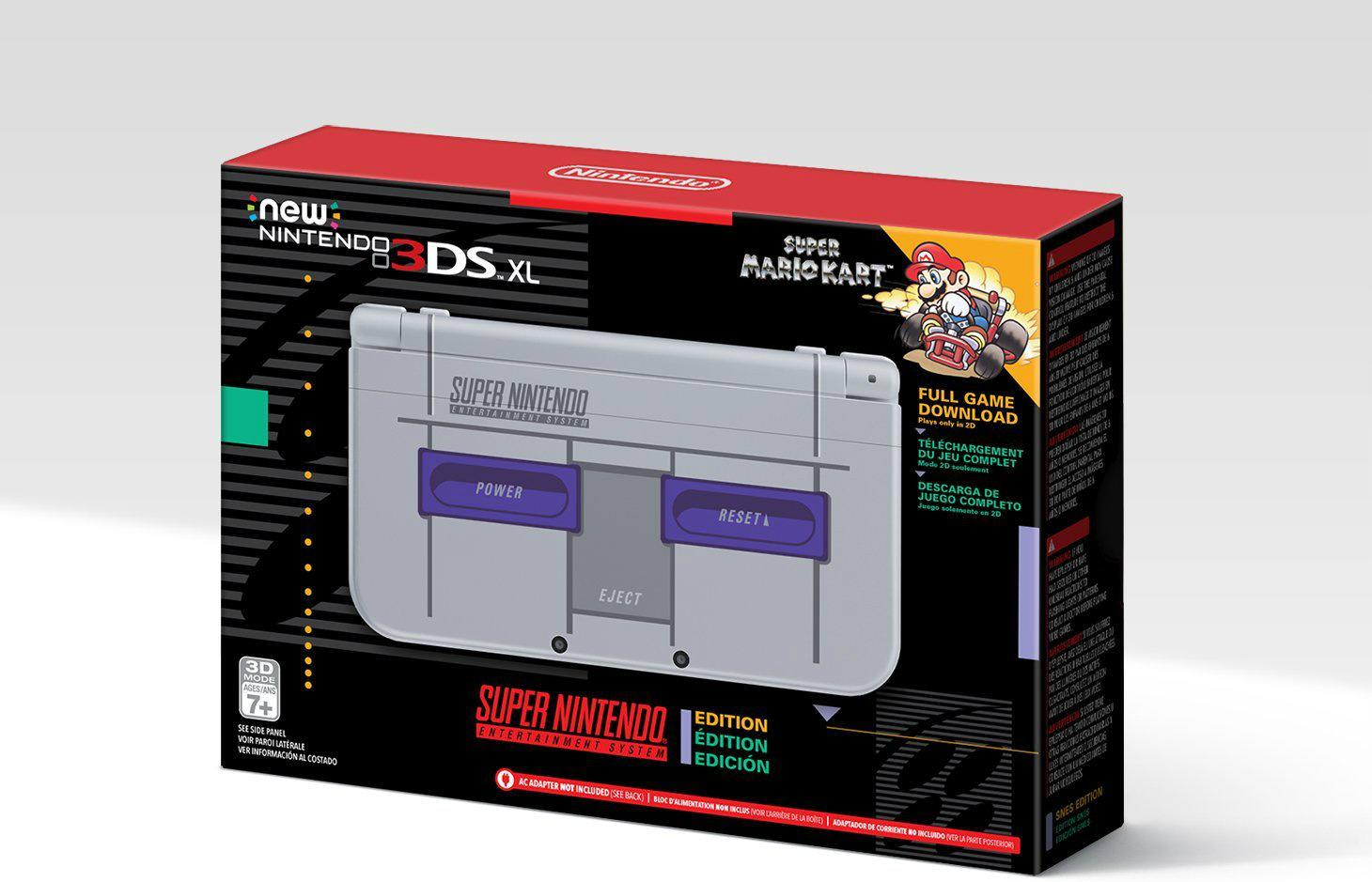 Turns out that SNES-themed 3DS XL isn't a Europe exclusive after all. As Twitter user @Wario64 (who else?) points out, the handheld is currently available for pre-order in the US for $199.99. It will ship a whole two weeks after the Europe release on November 27, but that's better than never, right? It also follows in the footsteps of the Super Famicom-inspired 3DS XL, which landed exclusively in Japan in March of last year. Okay, we'll stop rubbing it in. To add to the nostalgia, Nintendo is packing a download code for Super Mario Kart with the variant.

Still, it's not the first throwback 3DS we've seen -- remember the NES gamepad version from 2014? And there was a North America-only lime green Super Mario World special edition, plus one for all the Samus fans as well. Looks aren't the only trait this latest 3DS XL shares with Nintendo's SNES Classic console, chances are it will sell out fast too.

In this article: 3dsXl, av, gaming, nintendo, Nintendo3ds, Nintendo3dsXl, SuperMarioKart
All products recommended by Engadget are selected by our editorial team, independent of our parent company. Some of our stories include affiliate links. If you buy something through one of these links, we may earn an affiliate commission.