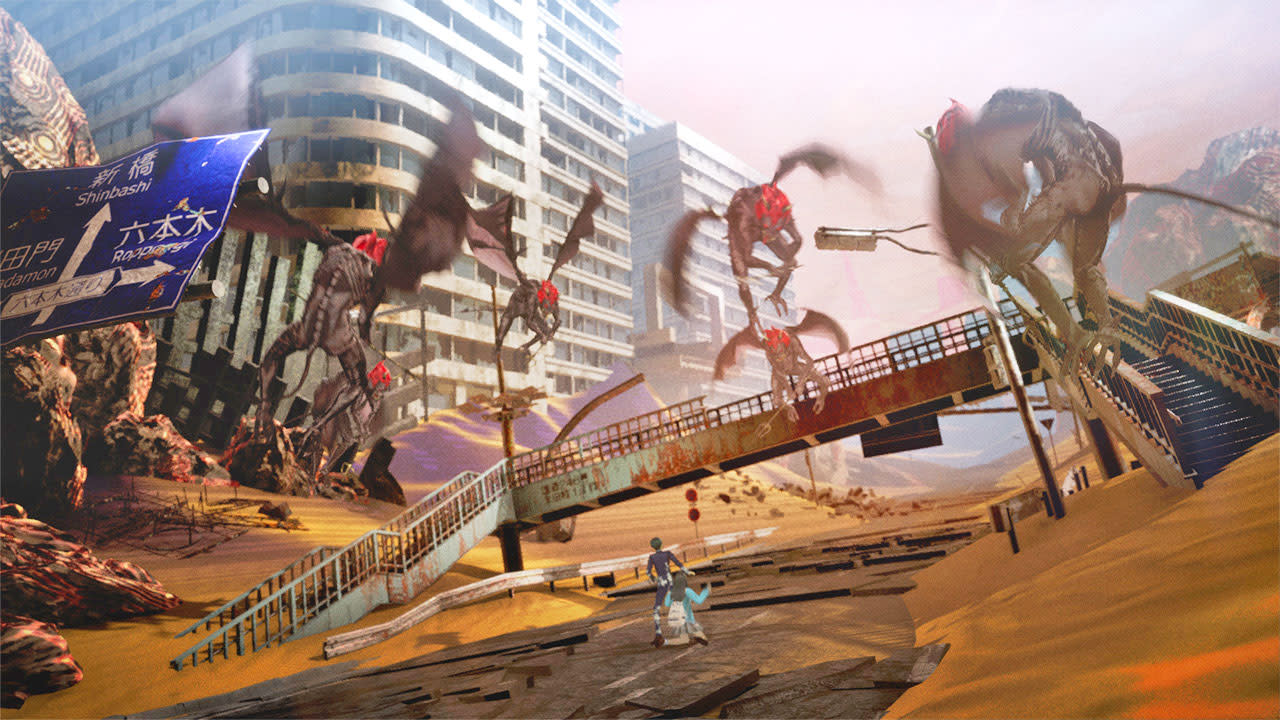 Nintendo and Atlus have finally revealed what they've been cooking up for fans since they announced their collaboration in January. The fifth main entry in the Shin Megami Tensei (SMT) franchise is coming to the Switch, and according to GameSpot, it's a console exclusive. Atlus, which is perhaps more widely known for developing SMT's spinoff Persona, has released a teaser trailer of SMT V showing its modern Japan setting, its monsters and (as is par for the course for an SMT title) lots of blood. Think of the SMT franchise as a crazier and darker RPG with Persona's monsters.

Atlus created previous SMT entries for the 3DS, including Shin Megami Tensei IV and its sequel Apocalypse, so it has a longstanding relationship with Nintendo. It's still unclear whether this means the developer is abandoning the 3DS and focusing on the Switch entirely or if a 3DS version is also coming out. The companies also haven't revealed when the game will be available and whether it'll have an English localization, but they'll most likely treat us to more info in the future.

In this article: atlus, gaming, internet, nintendo, shinmegamitenseiv, switch
All products recommended by Engadget are selected by our editorial team, independent of our parent company. Some of our stories include affiliate links. If you buy something through one of these links, we may earn an affiliate commission.