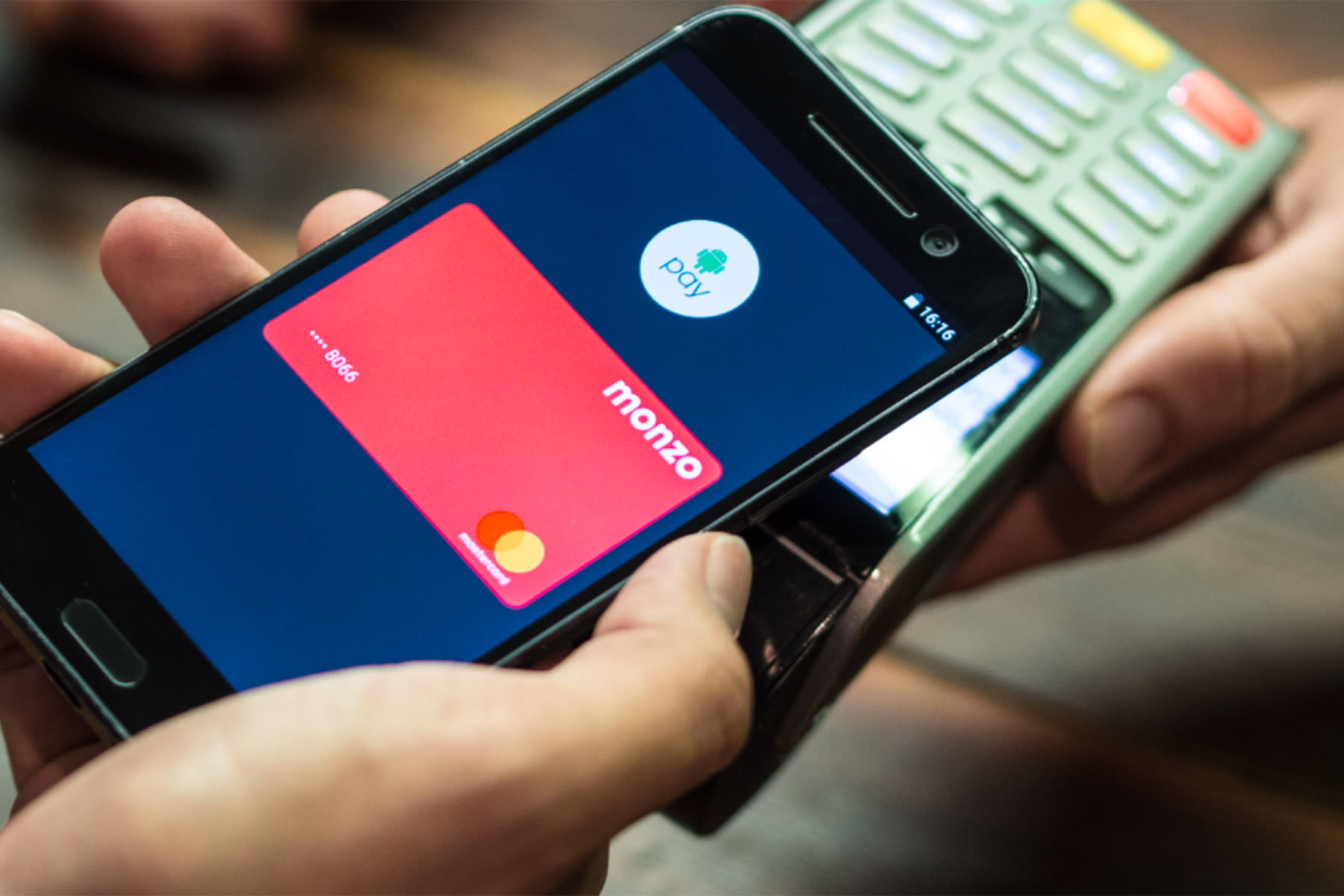 Monzo, the British "bank" with a coral-coloured card and a clever savings app, has added support for Android Pay. It's only available for users with current accounts, however. Monzo started with a simple pre-paid card, forcing customers to transfer money from an existing bank account to take advantage of its app-based smarts. In April, however, it was approved by the UK authorities to act, well, like a real bank and offer proper accounts. Since then, it's slowly been inviting pre-paid card owners to switch over (the company says all users should be transferred in the next six weeks.)

With Android Pay, Monzo is making it easier for Brits to switch away from high-street banks. (Heck, Barclays still doesn't support Android Pay.) To get started, you'll need to load up you Android Pay wallet and add a Monzo card by taking a photo or entering the relevant details manually. You can then take out your phone and make contactless payments as normal; Monzo will keep track of your spending and list transactions in the "spending feed" section of its app. In the future, the company says you'll be able to add your card to Android Pay from inside the Monzo app too.

The big question now is: What about Apple Pay? For now, that's unclear. We suspect it's on the company's roadmap, however. Some of Monzo's biggest rivals, such as Starling, already support both Apple and Google's payment platforms. It would be strange if Monzo, a startup that prides itself on being more tech-savvy than its competition, didn't do the same.

In this article: bank, banking, gear, mobilepayments, Monzo, services
All products recommended by Engadget are selected by our editorial team, independent of our parent company. Some of our stories include affiliate links. If you buy something through one of these links, we may earn an affiliate commission.