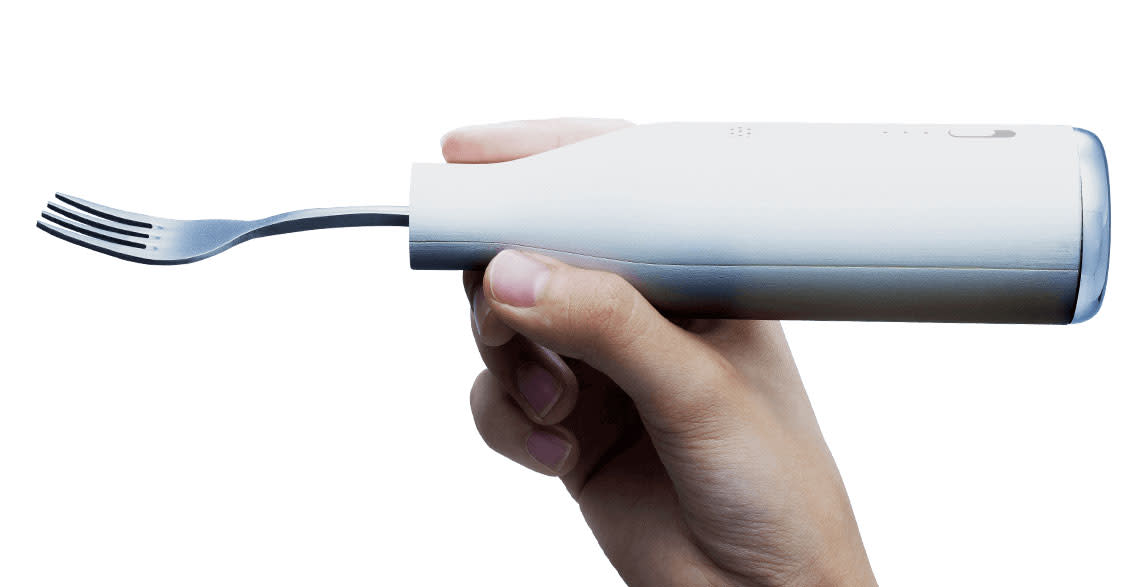 We've seen some pretty strange tech-related PR stunts over the years -- Engadget editor Edgar Alvarez rounded up some of the most bizarre for your enjoyment. But this new invention out of Japan might be one of the strangest we've seen. It tackles the problem of "noodle harassment," which basically involves the rather unpleasant slurping sound that accompanies eating ramen. Japanese company Nissin, makers of the Cup Noodle, has invented the Otohiko, which is a tech-enhanced fork that will detect slurping noises and camouflage them with other sounds. No, this isn't a joke.

The tech-enhanced fork can detect multiple types of slurping sounds, which must have been incredible amounts of fun in the programming stages. It's based on the idea behind a Japanese toilet that makes sounds when you're . . . er. . . never mind.

When the fork hears you engaging in noodle harassment, the Otohiko will connect to an app on your smartphone and direct it to play customizable sounds to cover up your shame. (The question of why you can't just open an app on your phone and play music to cover your poor noodle behavior is a fair one, but let's not get bogged down in the details.) The battery lasts about an hour, and it's important to note that the handle of the awkwardly proportioned device is not waterproof, in case you were considering dunking the entire thing in your ramen.

The Otohiko will be sold in limited quantities in Japan; its 5,000 units must be preordered. However, if the product isn't fully sold out by December 15, 2017, then all orders will be cancelled. Nissin estimates scheduling ship dates around three months after it confirms the product will indeed be produced. The price comes in at 14,800 yen, which is around $130. For a fork. That connects to your phone. Okay, then.

In this article: food and drink, food-and-drink, foodanddrink, gear, japan, nissin
All products recommended by Engadget are selected by our editorial team, independent of our parent company. Some of our stories include affiliate links. If you buy something through one of these links, we may earn an affiliate commission.