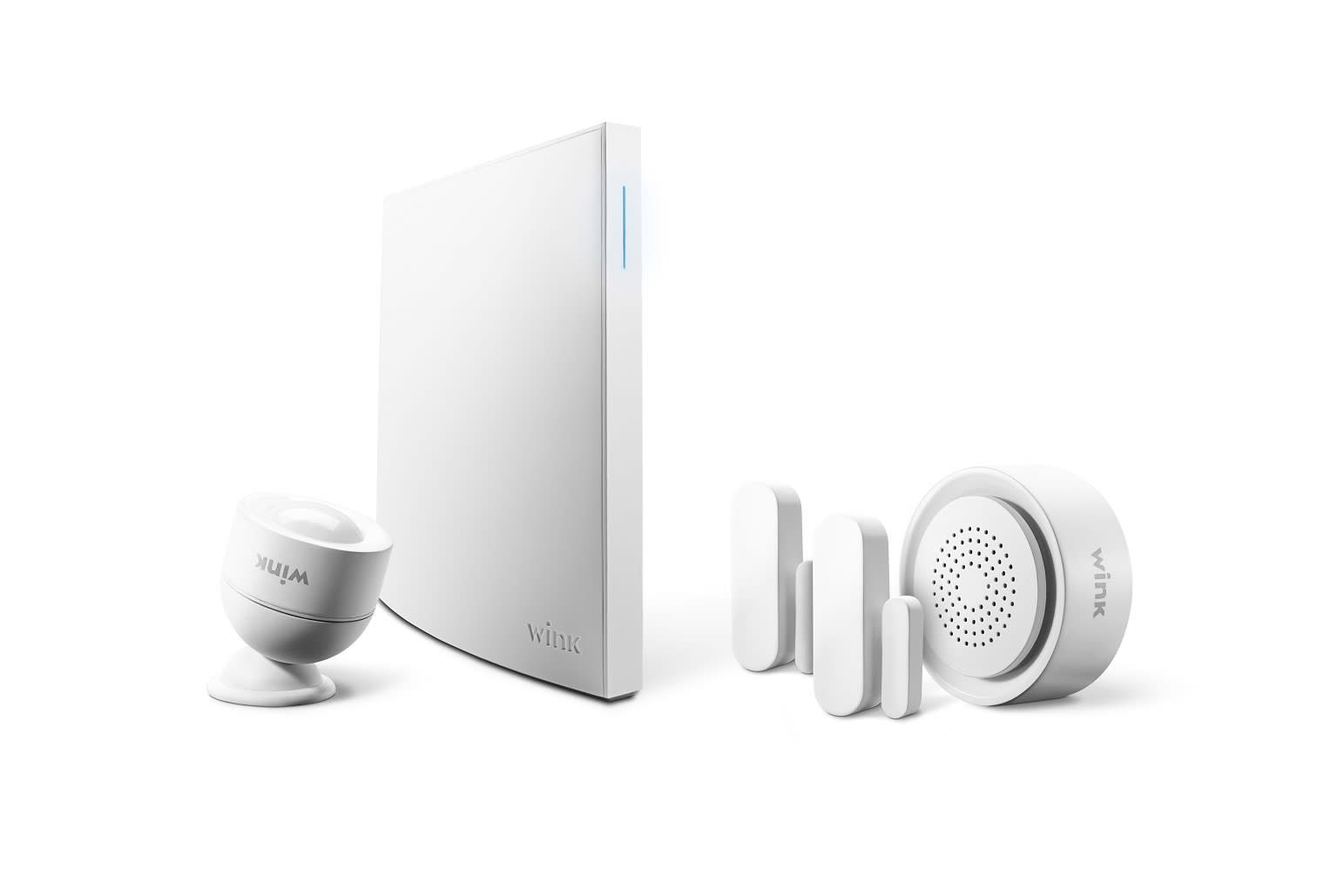 Wink's mission (before and after getting bought by Will.i.am) has been to make smart product networks work simply and easily with its proprietary hub, and added Google Home and Alexa integration to boot. Accordingly, most of its earlier bundles, like its smart light bulb home safety package, have included other companies' products. But its latest is a collection linking its hub with three new Wink sensors for a holistic security bundle.

The Wink Lookout package, as it's called, includes three motion sensors -- two that mount on doors or windows and a third for the ground-level that can be adjusted for pets. Those can trigger an included siren/chime designed to make noise and flash light at intruders to alert homeowners. Lastly, the bundle includes the company's proprietary hub that comes pre-linked to the previously-mentioned sensors, letting you set it up right out of the box.

Wink also updated its free mobile app to include a new dashboard that alerts users when a sensor has been tripped, after which users will be prompted to turn on their siren from afar. The new version of the mobile app works with the Lookout package as well as all the other third-party Wink-compatible devices, listed here.

Wink will start selling its Lookout bundle on October 31st at The Home Depot and Amazon for $200. Separately, the door/window sensor will retail for $30, the siren & chime for $40 and ground motion sensor for $40.

In this article: gadgetry, gadgets, gear, HomeSecurity, iot, SmartHome, wink
All products recommended by Engadget are selected by our editorial team, independent of our parent company. Some of our stories include affiliate links. If you buy something through one of these links, we may earn an affiliate commission.