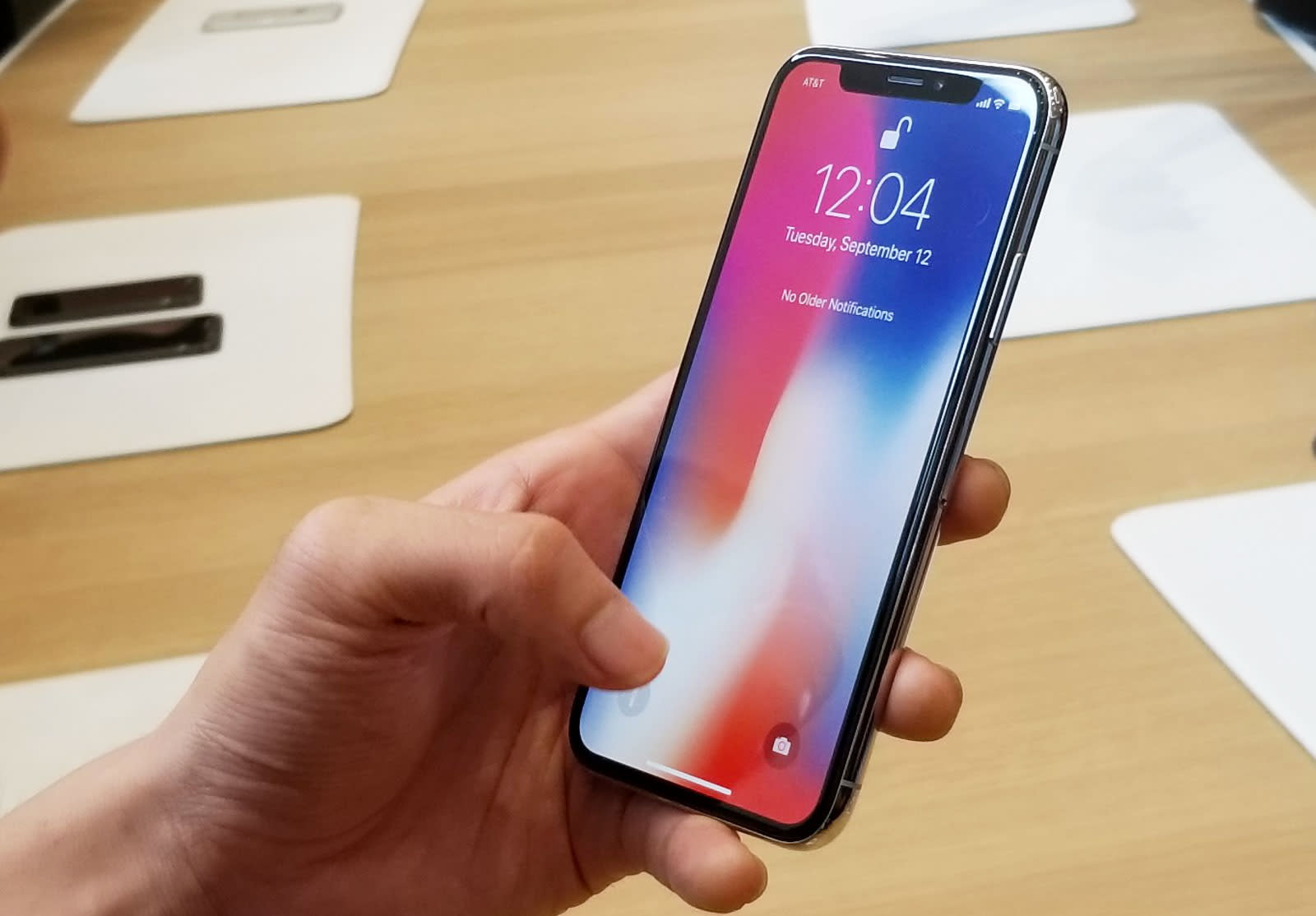 Ever since the iPhone X was announced, there's been rumors that the handset will be a rarer commodity than gold dust and the Venus de Milo's arms, combined. That's because the components used to build the device's facial-recognition sensor are so complex that it's been nearly impossible to mass-produce. Now, a report from Bloomberg suggests that Apple has found a solution by "relaxing" the specifications for FaceID.

Face ID, if you're unfamiliar, takes a series of sensors that are very similar to the ones found in the Kinect, and shrinks them down to the size of the iPhone X's notorious notch. Such a feat of engineering was, according to the report, something of a surprise for Apple's suppliers, who didn't have the usual time to prepare to build them. But the dot projector, which uses lasers to illuminate a user's face, is so precise that there's no margin for error when building it.

Apple sets a famously high bar for its components, and pays top dollar to ensure it has the most reliable parts for its devices. During production of the projector modules, Bloomberg reports that only 20 percent of them were actually usable. The results prompted manufacturers to dramatically slow down their production lines in an attempt to improve the yield on the components. The report says that, crucially, Apple has "relaxed some of the specifications for Face ID."

Of course, that's not particularly clear, because either Apple has lowered the quality control tolerance for its components, or the accuracy of Face ID itself. Since all of these discussions are taking place behind closed doors, it's hard to judge if the iPhone X will emerge to reduced expectations of technical brilliance or not. Although the report adds that even if Face ID's standards were lowered, it would still be vastly more secure than Touch ID.

There's also the long-standing issue that surrounds Apple's ambitious plan to equip the iPhone X with an OLED display. Suppliers have often explained that there simply aren't enough of the components to equip Apple, and believe the issue won't be resolved until late in 2018. If you really really want to get an iPhone X before your friends, it's likely that you'll be spending a small fortune on one when they inevitably hit the grey market.

Update, 12:15PM: To no one's surprise, Apple disagrees with Bloomberg's assertion that it let suppliers reduce the accuracy of its Face ID sensor to improve production yield and speed.

"Customer excitement for iPhone X and Face ID has been incredible, and we can't wait for customers to get their hands on it starting Friday, November 3," said an Apple spokesperson in an email. "Face ID is a powerful and secure authentication system that's incredibly easy and intuitive to use. The quality and accuracy of Face ID haven't changed. It continues to be 1 in a million probability of a random person unlocking your iPhone with Face ID. Bloomberg's claim that Apple has reduced the accuracy spec for Face ID is completely false and we expect Face ID to be the new gold standard for facial authentication."

In this article: apple, FaceID, gear, iPhone, iPhoneX, mobile, Production, Security, Sensors, TouchID
All products recommended by Engadget are selected by our editorial team, independent of our parent company. Some of our stories include affiliate links. If you buy something through one of these links, we may earn an affiliate commission.