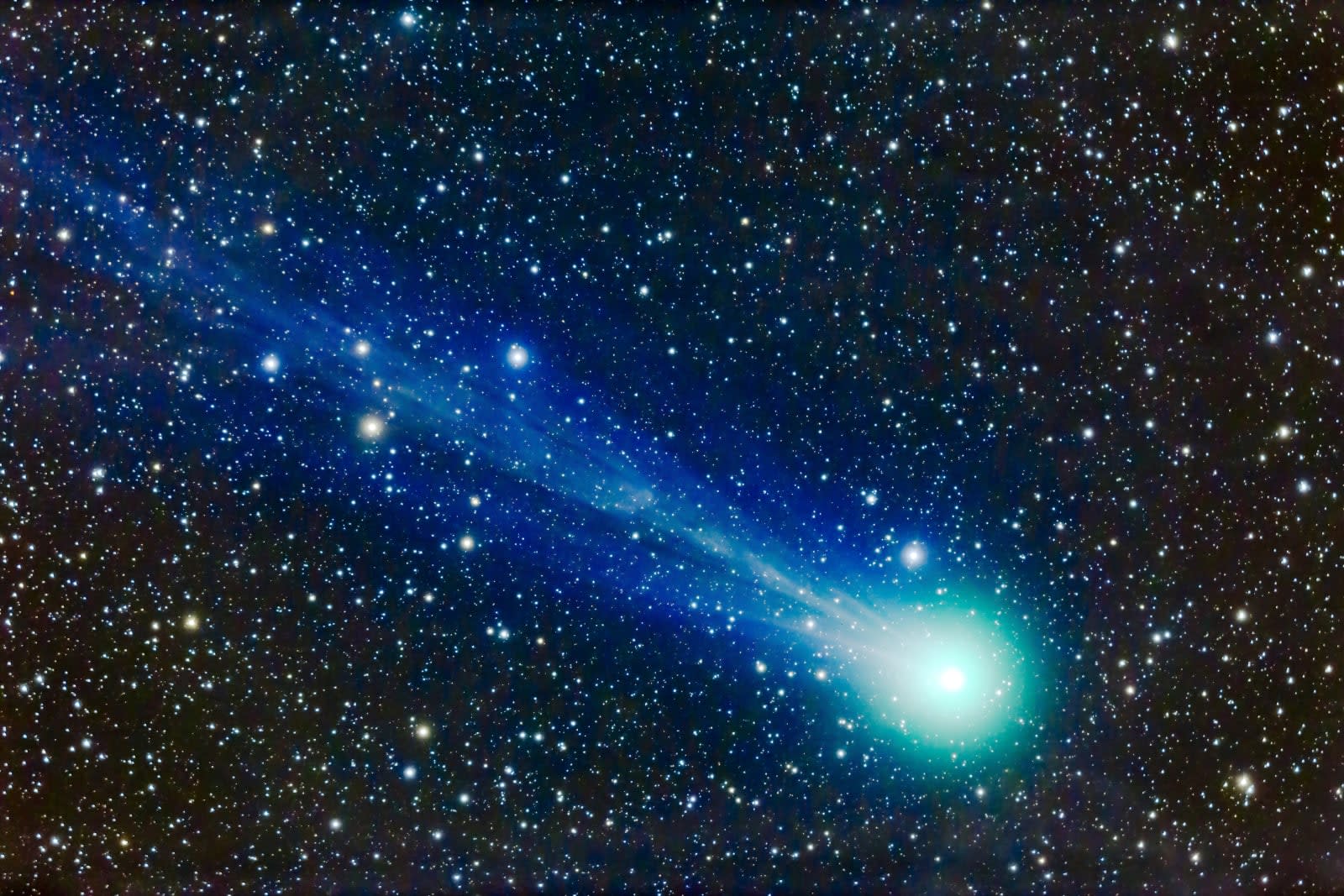 To date, every comet humanity has seen inside the Solar System has come from the Solar System, whether it's the Kuiper Belt or the billions of comets believed to make up the Oort Cloud. Now, however, it looks like astronomers might have found a comet of interstellar origin. They've used Hawaii's Pan-STARRS 1 telescope to track C/2017 U1, an object with a very eccentric, hyperbolic orbit (that is, moving quickly enough to escape gravitational pull) that wasn't connected to the Sun. The trajectory suggests that it's a comet which escaped from a nearby star, rather than something knocked out a familiar path and drawn in by the Sun's gravity.

These are preliminary findings, and there's more work to be done before researchers can be completely sure. If they confirm the orbit, though, it'll expand our understanding of space: we'll have tangible evidence that star systems can "swap" comets if the circumstances are right. The concept wasn't far-fetched given that comets are fairly common, but it's good to have tangible proof. In this article: astronomy, astrophysics, comet, interstellar, panstarrs, science, space, tomorrow
All products recommended by Engadget are selected by our editorial team, independent of our parent company. Some of our stories include affiliate links. If you buy something through one of these links, we may earn an affiliate commission.