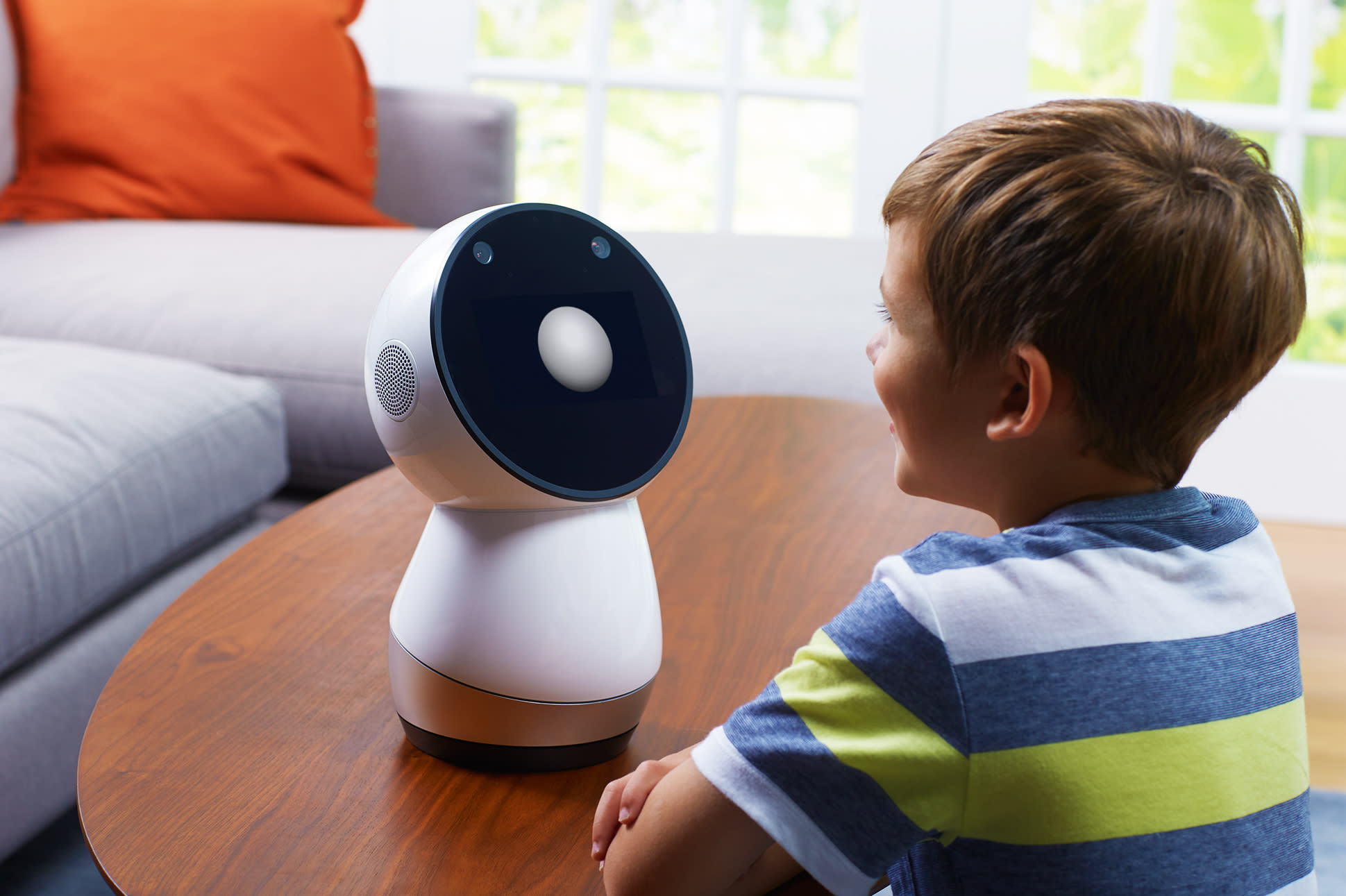 Three years after an astronomically successful crowdfunding campaign raised over $3.6 million, Jibo the robot is finally ready. The social bot is available to buy on its site for $900; Those who backed its Indiegogo have already started receiving their robots, while more recent preorders will start shipping on November 7th.

Huge smiles. Tons of laughs. #Jibo's already making an impression, and it's only the beginning. Order yours today. https://t.co/EII4DvRqdQ pic.twitter.com/lRYZsJOx1N

On its Indiegogo page, Jibo claimed to be "The World's First Social Robot for the Home," which was a bold and auspicious claim in 2014. But delays to work out the robot's kinks pushed the release date further and further back. In the interim, personal assistants from Google, Amazon and soon Apple have hit the market and given users a modicum of what Jibo promised.

But Jibo intends to be a companion, not just an assistant to bark at. It uses speech and face recognition to remember individuals, remembers preferences, and attempts to converse with jokes and stories. Plus, its angled head bends and moves to face whoever it's talking to. Unfortunately, it seems that Jibo still isn't shipping outside the US and Canada -- the company refunded outside backers, citing international latency to its US servers as reason to avoid giving non-North American customers a subpar user experience.

In this article: CrowdFunding, gadgetry, gadgets, gear, indiegogo, jibo, robots
All products recommended by Engadget are selected by our editorial team, independent of our parent company. Some of our stories include affiliate links. If you buy something through one of these links, we may earn an affiliate commission.