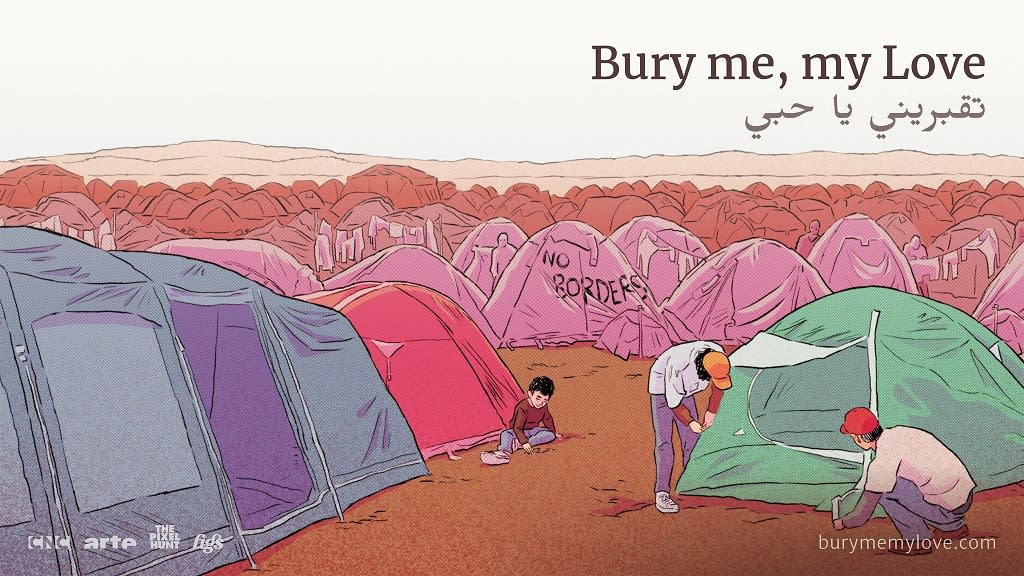 After creating a big buzz within the indie gaming community, interactive dialogue-driven game Bury Me, My Love launches today on iOS and Android. Based on real life stories, the game tells the tale of Nour and her husband Majid, both caught up in the violent and dangerous Syrian conflict. Nour has decided to flee their war-torn country while Majid stays behind to care for elderly relatives. With only a smartphone to communicate with her husband, she begins her perilous journey, telling Majid a Syrian farewell saying: "Bury me, my love" (which means, in essence, "don't die before me").

Now, taking the role of Majid, it's your responsibility to help guide and support Nour during her journey. She'll ask you for advice on the many (often upsetting) decisions she'll have to make along the way, and responds in pseudo-real time, which means you'll often be left wondering if Nour is alright, and if not, if your suggestions are to blame. In this game, as in life faced by real refugees, every decision has consequences.

The game was a highlight of this year's IndieCade, IDFA and A AMAZE independent game festivals, with developers hoping that the gamification of the humanitarian disaster will bring more awareness to the still ongoing issue. Producer Florent Maurin, from the game's studio The Pixel Hunt, said, "Games do not have to be fun and trivial. Like every medium, games can tackle any topic. Making this game changed the way I think about migrants. I hope it might have a similar effect on players." It's available from the App Store and Google Play now for $3/£3.

In this article: Android, BuryMeMyLove, Conflict, game, gaming, Indiecade, iOS, Narrative, politics, refugees, smartphone, Syria, ThePixelHunt
All products recommended by Engadget are selected by our editorial team, independent of our parent company. Some of our stories include affiliate links. If you buy something through one of these links, we may earn an affiliate commission.
Share
Tweet
Share