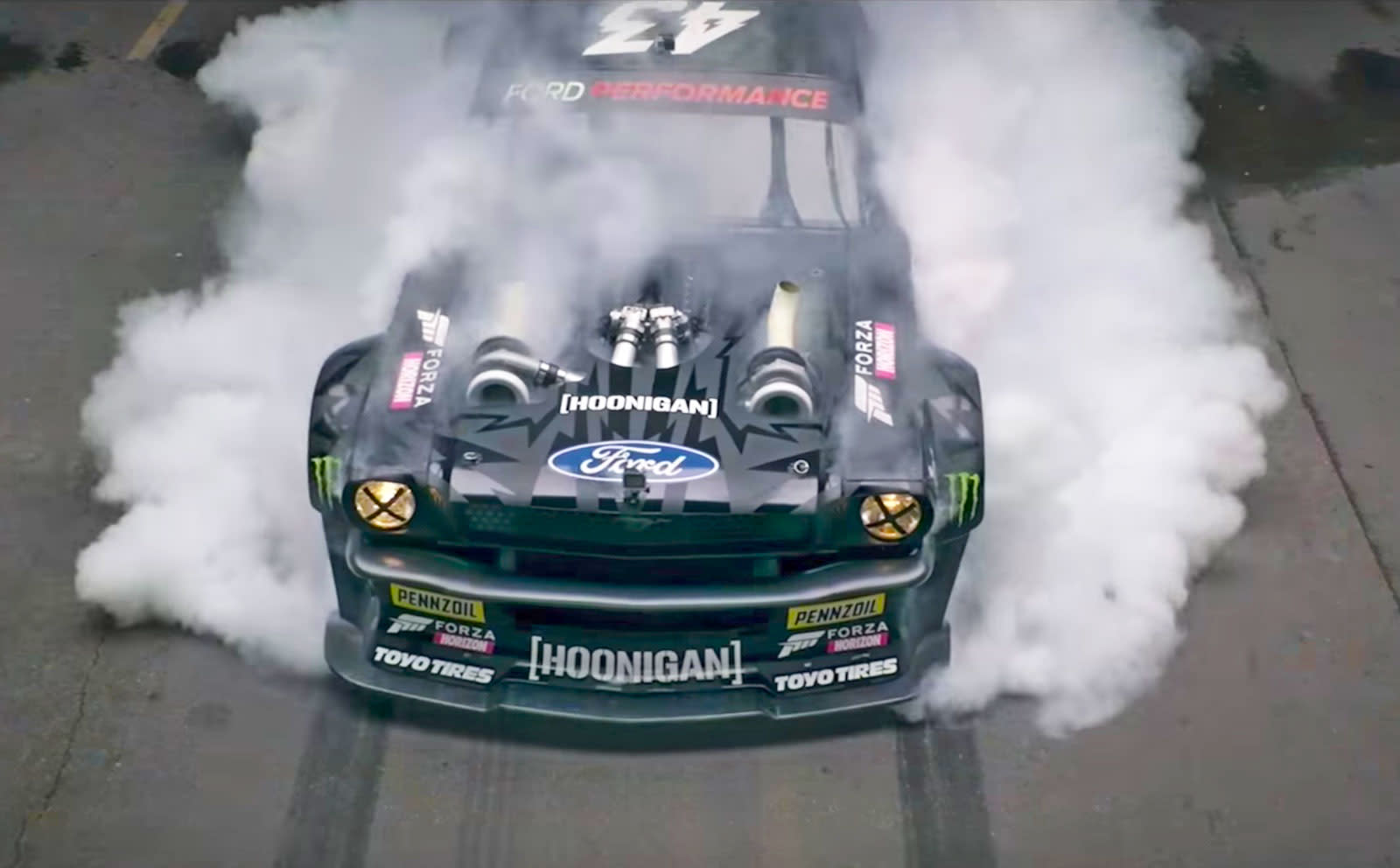 Ken Block is drifting his way onto Amazon Prime Video. The rally driver, and DC Shoes co-founder, is known for making viral videos of his racecar exploits with his collaborators at Hoonigan Media Machine. As part of his Gymkhana series, Block has left tire marks on the Universal Studios backlot, the streets of San Francisco, and an antique French autodrome.

Amazon is getting in on the action with a behind-the-scenes look at the upcoming tenth Gymkhana installment. The series will follow Block on a globe-spanning tour with pitstops in five locations. His co-stars will be five Ford racers -- one of which is getting built especially for the viral campaign. "The tenth one...really had to be the biggest and the best," says Block in the trailer above. And, that involves rollicking through Detroit in the Hoonicorn V2, all-wheel-drive Mustang used for Climbkhana.

The Gymkhana Files will be an eight-episode, unscripted series -- a release date for which has yet to be announced. Its arrival should give petrolheads another reason to tune in to Prime Video, aside from The Grand Tour.

News of Amazon's latest show comes amidst an executive shuffle at the company's film and TV unit, Amazon Studios. Earlier this month, programming chief Roy Price was forced to resign after lingering sexual harassment allegations against him went public. He was followed by head of comedy and drama Joe Lewis, who had reportedly made conflict of interest-influenced decisions over the casting of his girlfriend in Amazon show The Tick.

In this article: AmazonPrimeVideo, AmazonVideo, av, drifting, entertainment, gymkhana, KenBlock, streaming, TvShows
All products recommended by Engadget are selected by our editorial team, independent of our parent company. Some of our stories include affiliate links. If you buy something through one of these links, we may earn an affiliate commission.