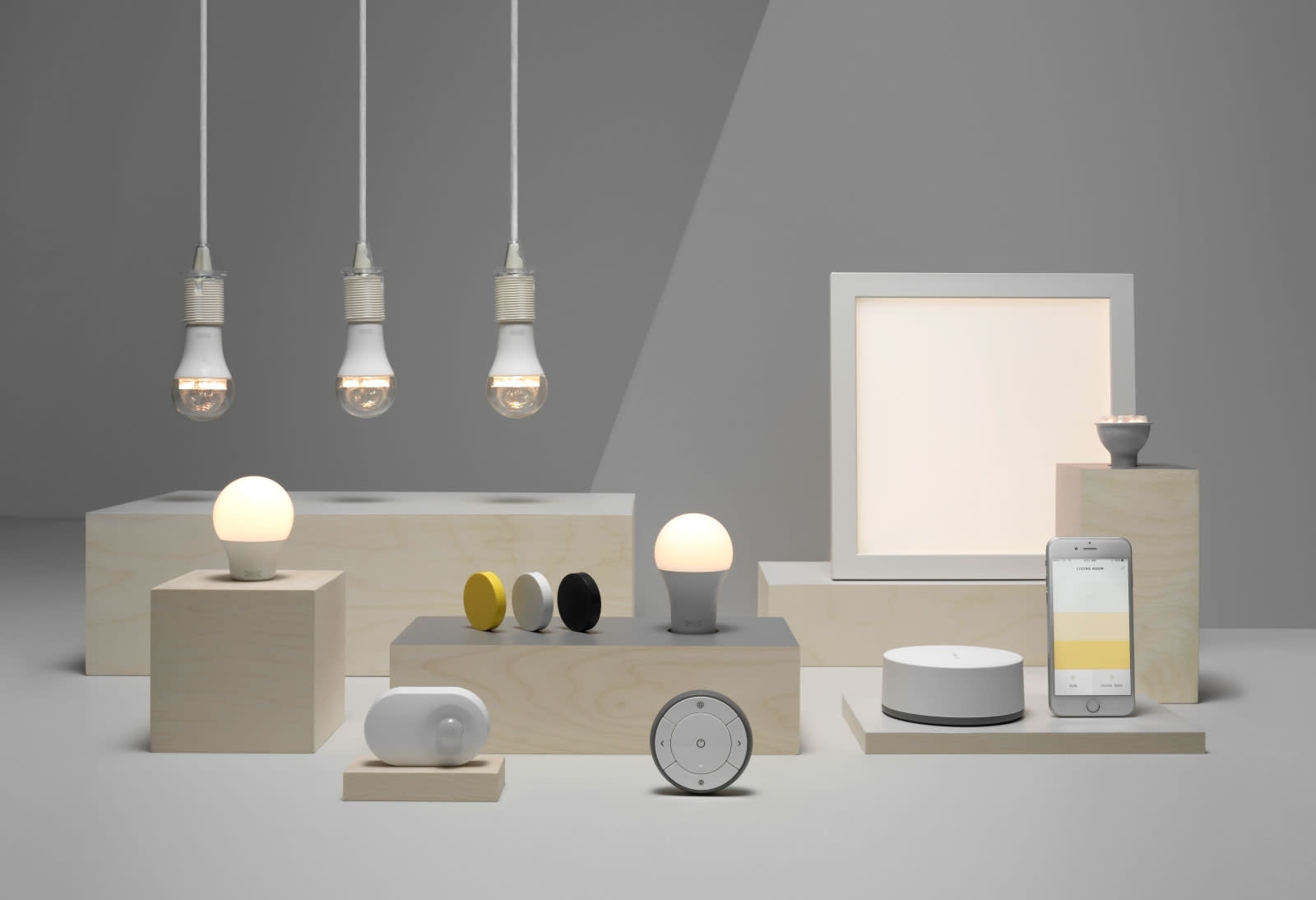 After what seems like an eternity (for IKEA and HomeKit fans, at least), the Swedish furniture maker has added support for Apple's smart home platform. As 9to5Mac notes, so long as you have the company's Tradfri hub installed at your house, you'll be able to start controlling the lighting via your iOS device. It's worth noting that, this will only work with smart lightbulbs at this time; dimmer switches aren't online just yet. More than that, the hub integrates with Amazon's Alexa so if you aren't all-in on HomeKit, you can still use voice commands to turn your lights on and off. Google Assistant support isn't included in this update, however.

This announcement has been a long time coming. IKEA first said that its smart lighting would work with the likes of Alexa, Google Assistant and Siri way back in May. Then, in August, the company prematurely announced the functionality was available before pulling it down. IKEA promised that the update would be out in October, but it's just a little past deadline. No matter, the update is free and available to anyone right now.

The timing couldn't be better for Apple. The electronics giant has been steadily ramping up its smart home initiatives in the lead-up to its own smart speaker, the HomePod, which is supposed to come out sometime in December for $349. Earlier this year, Apple committed to outfitting a number of its brick-and-mortar stores with HomeKit demo areas where you could try things like voice-controlled ceiling fans and connected window shades.

In this article: alexa, apple, gear, home, homekit, ikea, ios, lighting, siri, smartbulb, smarthome, tradfri
All products recommended by Engadget are selected by our editorial team, independent of our parent company. Some of our stories include affiliate links. If you buy something through one of these links, we may earn an affiliate commission.