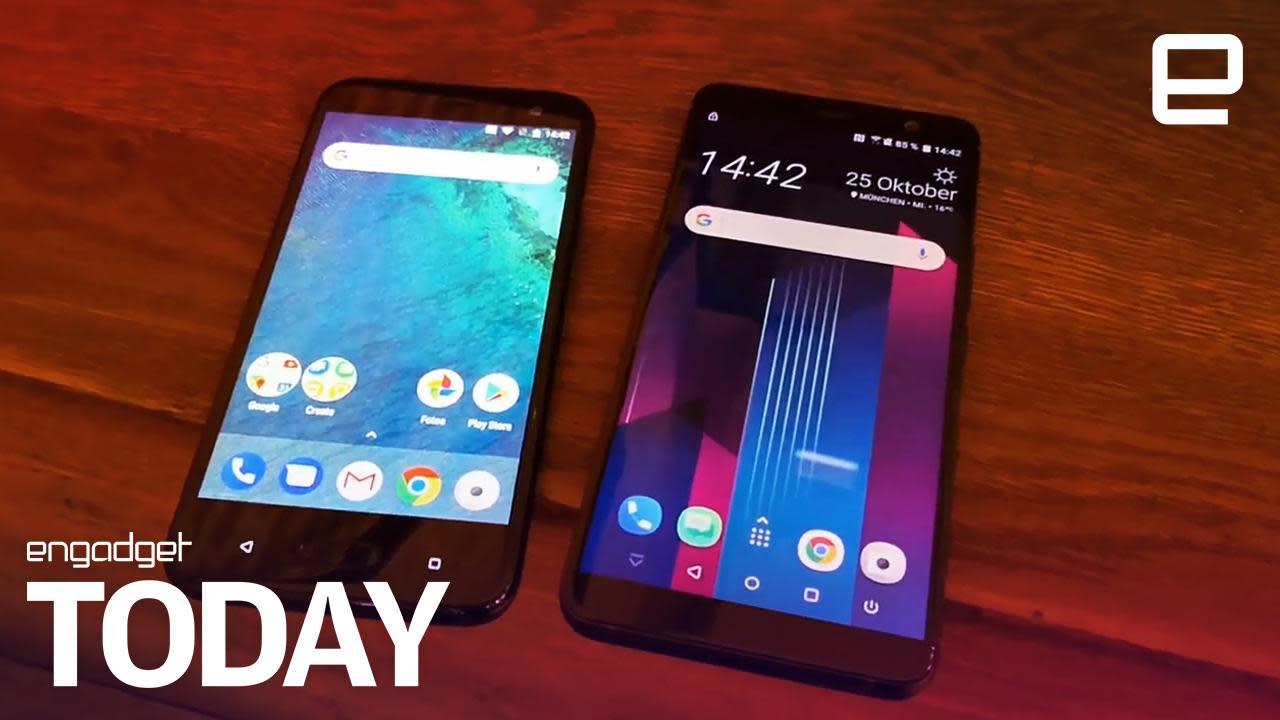 A hands-on video featuring the upcoming HTC U11 Plus has been leaked to Facebook, showing that the flagship phone will be available in a translucent option, as well as black and silver. Evan Bass, who's known for leaking tech specs, also confirmed the translucent option in a tweet. The video has since been taken down, but the inevitable copies still available online show the U11 Plus will have a six-inch display, 4,000 mAh battery and 128GB of storage (other storage options, if any, are yet to be confirmed). A closer look also reveals a coil beneath the shell, which could indicate wireless charging capabilities.

T-Mobile then got in on the action by "leaking" spec sheets for the forthcoming mid-range phone, the U11 Life, which apparently features a 5.2-inch display, 16-megapixel front and rear cameras, NFC, a 2,600 mAh battery, 3BG of RAM and 32GB of storage with microSD expansion. Both phones come with Edge Sense, which lets users squeeze the sides of the phone to launch customizable functions. With the iPhone X about to hit and the Pixel 2 XL recently launched to high praise, those in the market for a new handset won't be short of options, but will the U11 Plus' squeezy function and translucent option set it far enough apart from its competition to make it the go-to choice?

In this article: aoloriginals, dailyshow, EdgeSense, Engadget, EngadgetToday, engadgetvideo, entertainment, htc, HTCleak, HTCplus, HTCU11, HTCU11Plus, iPhoneX, KerryDavis, launch, leak, Life, personal computing, personalcomputing, phoneleak, Pixel2XL, Plus, TMobile, Translucent, U11, video, hidden:vv_3x4:9e9bf2e8-ea35-37d4-97d7-923d52c02e03, hidden:vv_16x09:4efe92d1-56d6-352b-b518-162e321d4886
All products recommended by Engadget are selected by our editorial team, independent of our parent company. Some of our stories include affiliate links. If you buy something through one of these links, we may earn an affiliate commission.