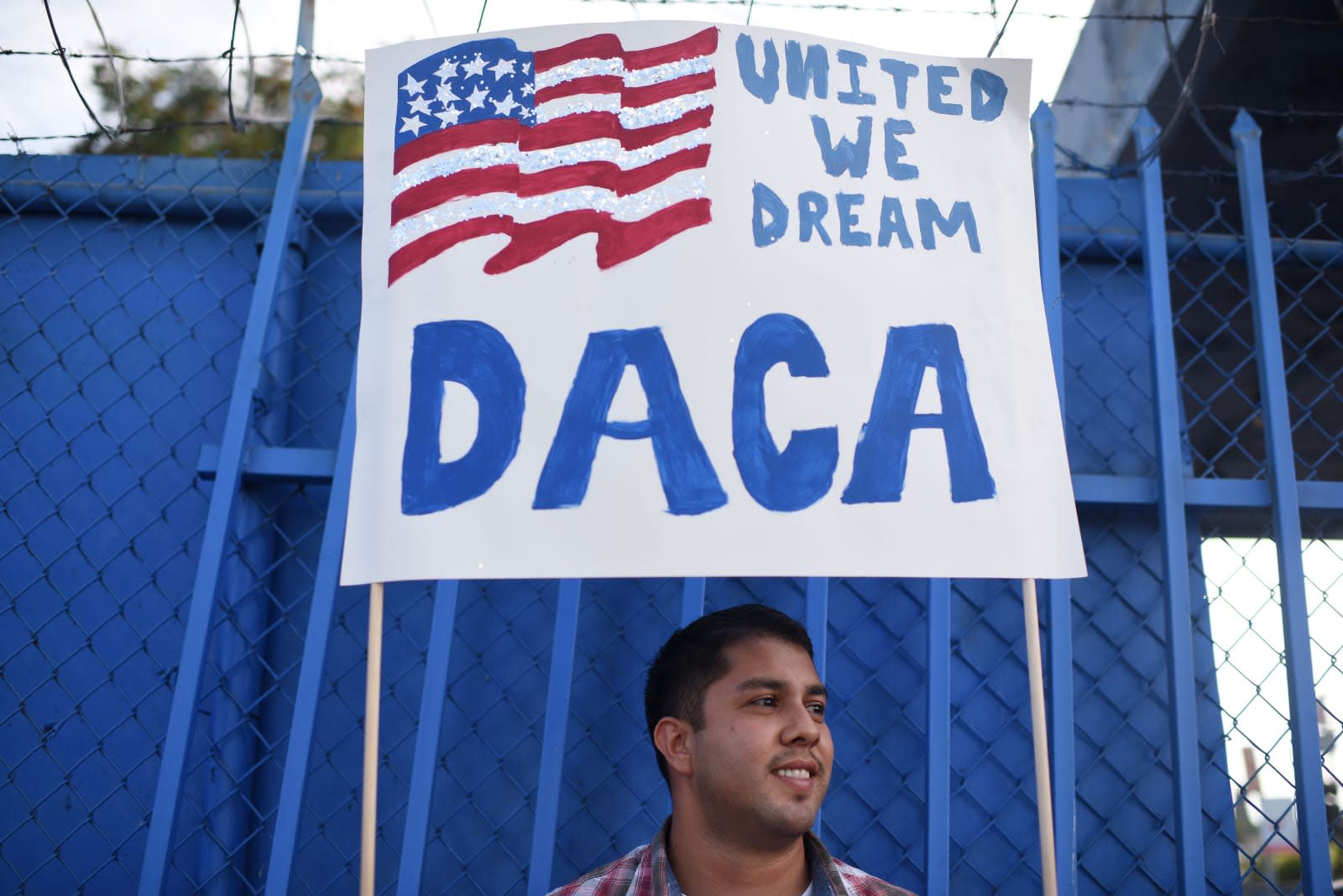 Major tech companies are still voicing their support for Deferred Action for Childhood Arrivals (DACA), a program that protects undocumented immigrants that came to the US when they were children. President Trump decided to end DACA protections in September and while tech companies spoke out in support of DACA prior to and following that decision, many have now filed a document backing those that are challenging the president's move in court.

Over 100 companies have filed an amicus brief in support of plaintiffs in five ongoing cases aiming to reinstate the DACA program. Those plaintiffs include the University of California, the city of San Jose, Santa Clara county, as well as California, Maine, Maryland and Minnesota. The brief, which was signed by a number of tech companies, including Adobe Systems, Airbnb, Dropbox, eBay, Facebook, Google, IBM, Lyft, Microsoft, SpaceX, Twitter and Uber, argues that the decision to end DACA protections was not based on a valid legal argument and is therefore "arbitrary and capricious." It also states that its rescission will have a major impact on the US economy. In the brief, the signees state, " DACA's rescission will inflict serious harm on US companies, all workers, and the American economy as a whole. Indeed, our national GDP will lose $460.3 billion, and Social Security and Medicare tax contributions will be reduced by $24.6 billion, over the next decade."

In addition to this amicus brief, Apple also reportedly filed its own in support of a motion put forward by California's attorney general seeking to block the withdrawal of DACA.

Just before Trump announced his decision, hundreds of executives signed an open letter in support of DACA, many of which then went on to share their disappointment after it was dissolved. Last month, reports surfaced that companies including Google, Facebook, Microsoft, Amazon and IBM were planning to lobby Congress to pass legislation that would continue to protect DACA beneficiaries.

Whether these efforts will have any impact will remain to be seen, but it appears these companies aren't ready to back down just yet. In the amicus brief, they stated, "DACA is a concrete and essential example of America fulfilling its centuries-old promise to welcome people from around the world seeking a better and a freer life. And no group is more deserving of that welcome than the Dreamers."

In this article: airbnb, amazon, apple, business, congress, DACA, DonaldTrump, dropbox, ebay, economy, facebook, GDP, gear, google, ibm, immigration, lyft, medicare, microsoft, politics, SocialSecurity, spacex, twitter, uber
All products recommended by Engadget are selected by our editorial team, independent of our parent company. Some of our stories include affiliate links. If you buy something through one of these links, we may earn an affiliate commission.
Share
Tweet
Share