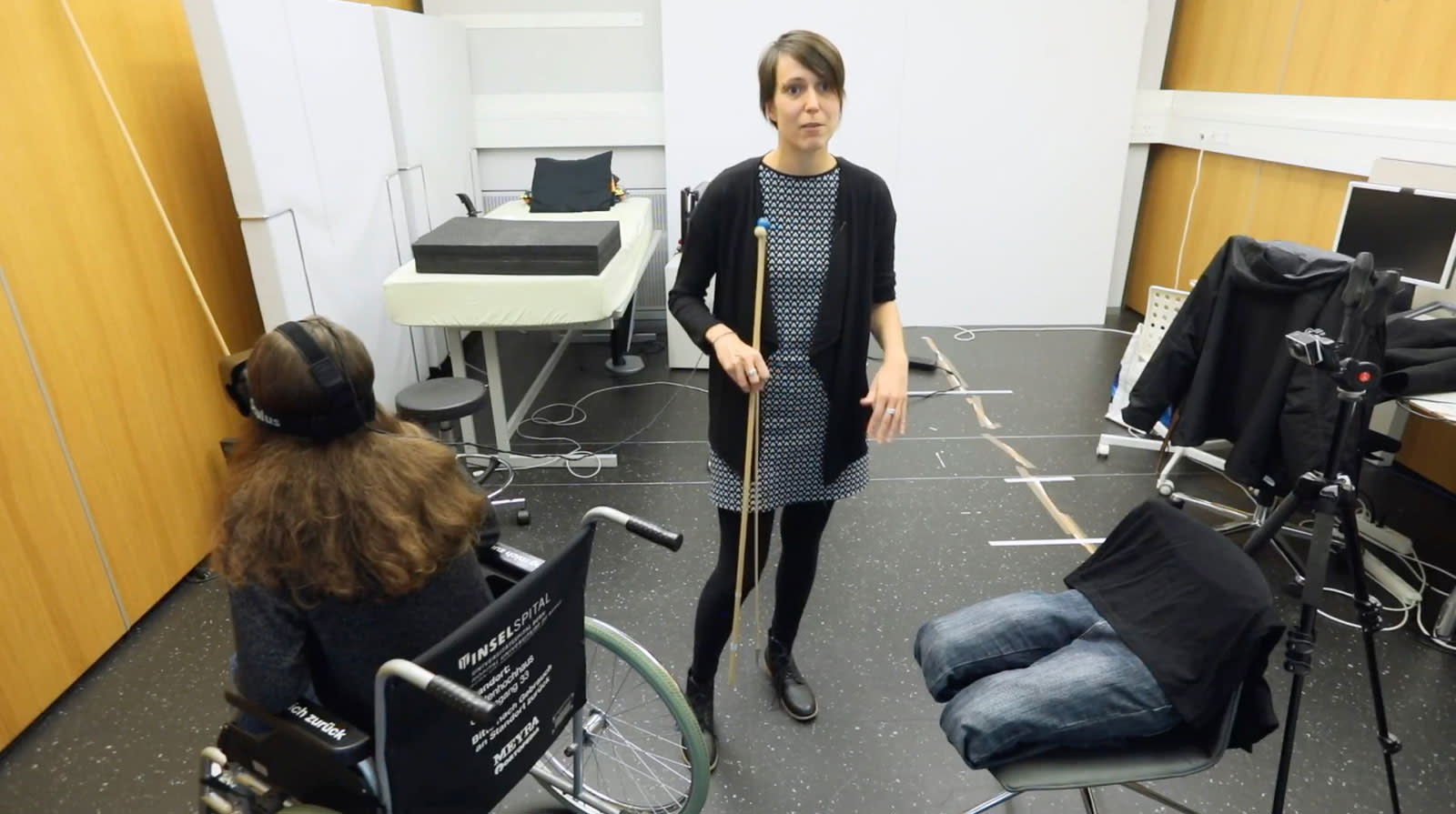 People who become paraplegics due to a spinal injury usually have to deal with more than just losing the feeling in their legs. They also have to battle excruciating phantom pain, which doctors can't cure with medicine. Now, scientists from the École polytechnique fédérale de Lausanne (EPFL) have found a way to alleviate the pain they feel using a pair of fake legs and the magic of immersive virtual reality.

The team had test subjects wear VR goggles showing live feed from a camera filming a set of dummy legs. Since the camera was positioned to mimic a person's POV in relation to their legs, the VR provided the illusion that the dummy legs were truly theirs. So, when the scientists simultaneously tapped the dummy legs and the area above the subjects' spinal lesions caused by their injury, the subjects eventually felt like it was their own legs being tapped. They told the researchers that the sensation diminished the neuropathic pain they felt.

Team leader Olaf Blanke said that "it takes about a minute of simultaneously tapping for the illusion to take place." He explained that "the tapping on the back gets translated onto the legs because the visual stimulus dominates over the tactile one." His researchers are now developing what they're calling an immersive digital therapy that automates visuo-tactile stimulations for spinal injury patients and people suffering from chronic pain conditions.

EPFL didn't say whether it could also work for amputees and people who have other types of conditions, but this is far from the first time scientists thought of using virtual reality in medicine. There's a team of researchers from Duke University who developed a VR system that helped paralyzed patients regain some movement. Another team from Europe is exploring the use of VR to fight depression, while a group from Oxford University conducted experiments that used VR to help paranoia patients confront their fears.

In this article: EcolePolytechniqueFederaleDeLausanne, EPFL, gear, medicine, phantompain, virtualreality
All products recommended by Engadget are selected by our editorial team, independent of our parent company. Some of our stories include affiliate links. If you buy something through one of these links, we may earn an affiliate commission.