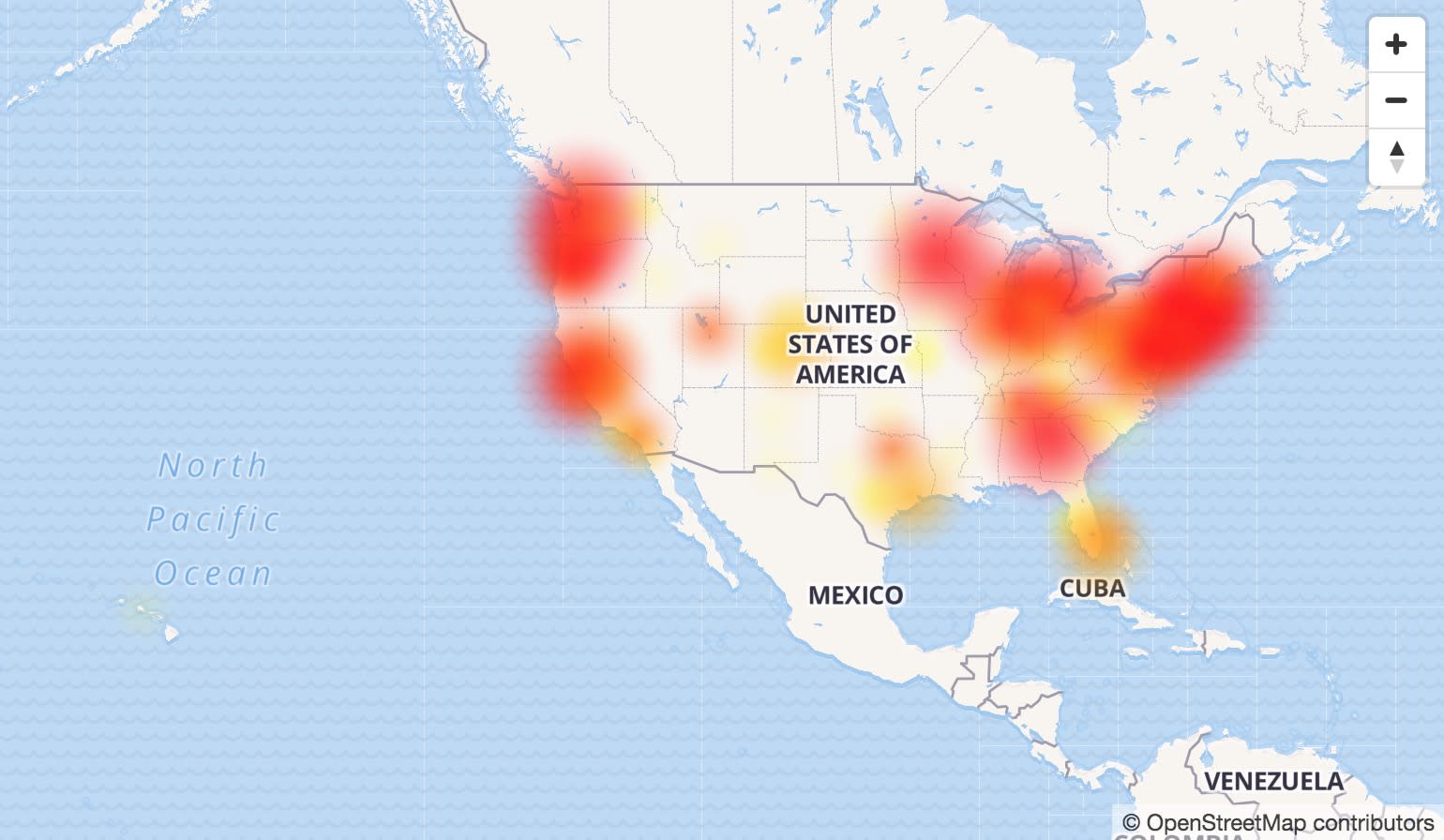 If you rely on Comcast for your internet service, you probably know that things are down in a big way for the provider. According to the consumer watchdog site DownDetector, there are more than 8,000 reports of outages across the US as of 1:00 PM ET on Monday.

The site notes that the recent reports of outages mostly concern internet connectivity, not television or phone service, and mostly originate from areas like Mountain View, Denver, Portland, New York, Chicago, Seattle, Houston, San Francisco, the Bronx and Minneapolis. Comcast, a major owner of NBCUniversal, does business in 40 states and the District of Columbia. The company has confirmed the issues with its Xfinity internet service, and says that it is working on a fix.

Some customers are having issues with their XFINITY Internet service. We apologize & appreciate your patience while we work to fix.

The company just tweeted attributing the outage to an "external network issue." We'll continue to update this post as more information becomes available.

Update: As of about 3:30 PM ET, Comcast has said that its connectivity issues are resolved:

Internet issues should now be resolved for almost all customers. We apologize for the inconvenience & thank you for your patience.

In this article: cable, comcast, gear, internet, outage, US
All products recommended by Engadget are selected by our editorial team, independent of our parent company. Some of our stories include affiliate links. If you buy something through one of these links, we may earn an affiliate commission.