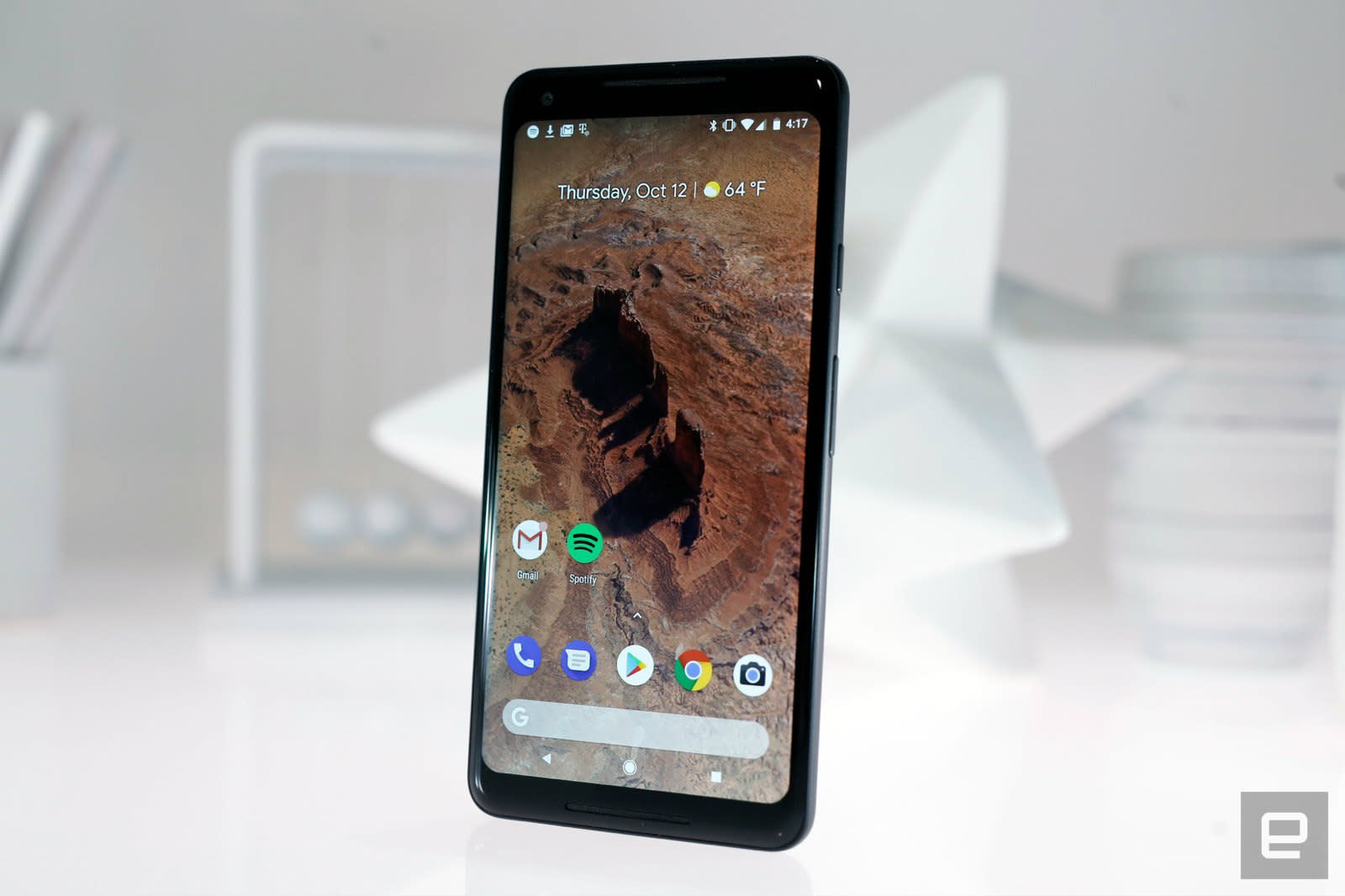 Google has been quick to address the flak it caught over the Pixel 2 XL's display color and burn-in issues. Now, it's taking action in the form of a software update, which packs several modifications for the device's P-OLED screen.

Among the changes are three color profiles -- replacing the sole "vivid colors" display available in the past -- including "boosted," "natural," and "saturated." As Android Central points out, even with "saturated" selected, users shouldn't expect the Pixel 2 XL to suddenly transform into a display dynamo in the vein of the Samsung Galaxy S8. Instead, Google's aim is to add a striking range, while retaining the phone's untouched palette. Meanwhile, the "boosted" option simply acts as a "vivid colors" replacement.

The other tweaks aim to hinder screen burn-in by reducing the burden on the display. They include a small reduction to the maximum brightness, and a navigation bar that fades out after a period of inactivity. While this update mainly centers on the larger sibling in Google's flagship family, it also packs a fix for the "clicking noise" disturbing the Pixel 2. In addition, a December security patch is in the pipeline with more enhancements.

In this article: gear, google, mobile, pixel2, pixel2xl
All products recommended by Engadget are selected by our editorial team, independent of our parent company. Some of our stories include affiliate links. If you buy something through one of these links, we may earn an affiliate commission.