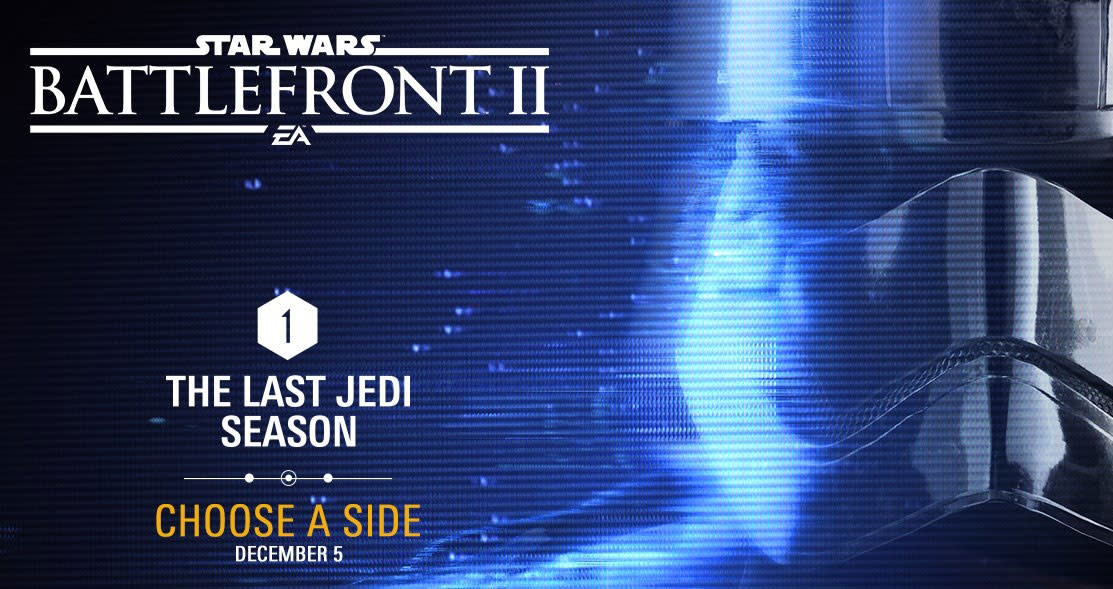 Fans of a galaxy far, far away are paying attention to two countdowns leading up to the holidays: The release of Star Wars: Battlefront II on November 17th and the next film in the saga, The Last Jedi, which comes out on December 15th. In a shrewd (but not unexpected) move, publisher EA has announced that the first batch of new (and free) content featuring locations and heroes from the new movie will be added to the game days before The Last Jedi hits theaters.

Because factions are all the rage these days, on December 5th Battlefront II will start urging players to pick a side (Resistance or First Order) enabling challenges that grant particular rewards. On December 13th, the game will add two new heroes: Everyone's favorite former stormtrooper-turned-Resistance fighter Finn and his former chromed badass commander, Captain Phasma. The faction with the most points that week later will get a high-powered upgrade crate for their respective hero.

This content package is free, just as EA promised all post-launch content would be, and labeled The Last Jedi Season. Faction events and rewards will continue through the end of December. Oh, and if you join Origin Access or EA Access, they'll give you a 10-hour headstart to play the game ahead of its November 17th release.

In this article: av, battlefront2, dlc, ea, gaming, StarWars, starwarsbattlefront2
All products recommended by Engadget are selected by our editorial team, independent of our parent company. Some of our stories include affiliate links. If you buy something through one of these links, we may earn an affiliate commission. 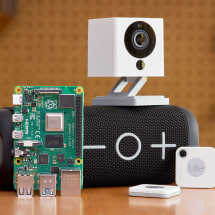