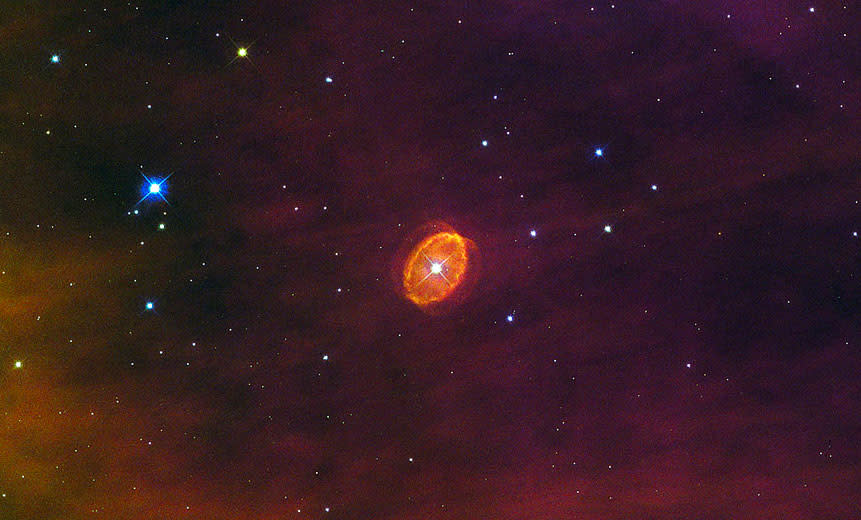 Supernovae are some of the brightest and most energetic events in our galaxy. These occur when stars that have much greater mass than that of our sun explode; they become incredibly bright, and then slowly fade over the course of a few months as they lose energy. Under the terms of how we traditionally understand the life cycle of a star, a supernova inevitably means stellar death. Or does it? Astronomers working at Hawaii's Keck Observatory have found a star that refuses to die.

The supernova, named iPTF14hls, has exploded multiple times over the last fifty years. Rather than giving into death in the cold wastes of space, this singular star is seemingly in a cycle of continually absorbing matter, collapsing and exploding. The team first took note of the star in 2014 because it had gone supernova and was starting to fade. But then, a few months later, the team noticed that the star was becoming brighter again.

When the astronomers looked at records, they noticed that a supernova had occurred at that same location in 1954. The star had not only somehow survived, but had gone on to explode again in 2014. "This supernova breaks everything we thought we knew about how they work. It's the biggest puzzle I've encountered in almost a decade of studying stellar explosions," Iair Arcavi, the lead author of the study (which was published in Nature), said in a press release.

It's not clear why this star refuses to die, but it could have something to do with its size. It's at least 50 times more massive than our own star. Our conventional rules about how stars work might not apply to something of that size. The star could also have antimatter at its core that fuels its cycle of explosions, a hypothesized result of its extreme mass and temperature. Regardless of the reason, we appreciate this star's resilience.

In this article: space, supernova, tomorrow
All products recommended by Engadget are selected by our editorial team, independent of our parent company. Some of our stories include affiliate links. If you buy something through one of these links, we may earn an affiliate commission.