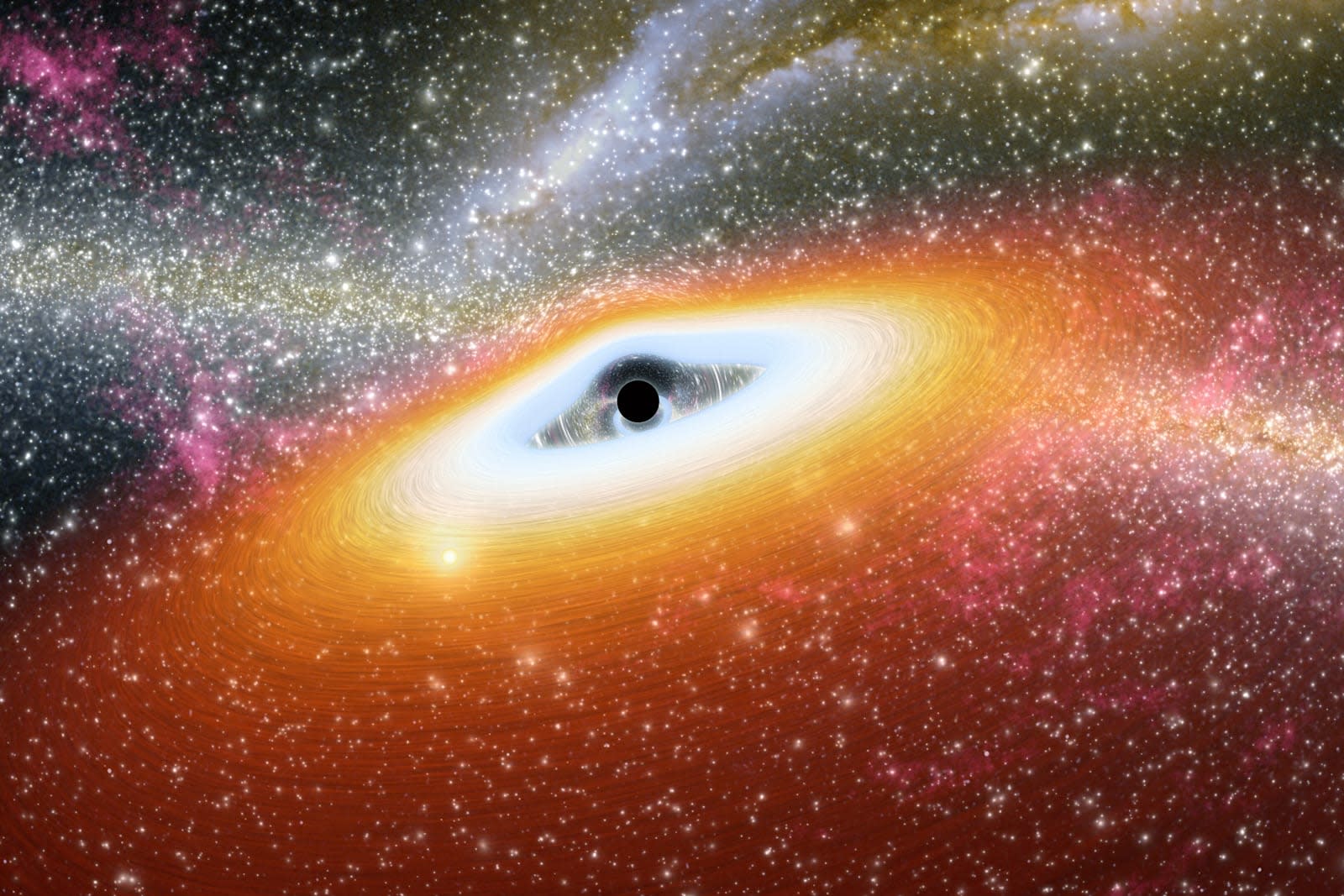 As a rule, astronomers believe that stars have to explode in a supernova before they collapse into black holes. That violent death is always the cue, right? Not necessarily. Researchers have spotted a massive star 22 million light years away, N6946-BH1, that appears to have skipped the supernova step entirely -- it brightened slightly and just disappeared. Checks have ruled out a dimmed star or dust. And this probably isn't a one-off incident, either. Ohio State University's Christopher Kochanek tells NASA that 10 to 30 percent of massive stars might die in failed supernovae.

The discovery could improve our understanding of how supermassive black holes form. It didn't entirely make sense that stars would eject so much mass and then become a gigantic anomaly. It would be more logical for the star to use its existing mass for a head start, so to speak. This also helps explain why scientists haven't seen as many supernovae as they would if every gigantic star went out with a bang. While it's a little disconcerting to realize that some stars might vanish without any drama, this finding might just solve a number of cosmic mysteries.

In this article: applenews, astronomy, astrophysics, blackhole, hubble, HubbleSpaceTelescope, largebinoculartelescope, space, SpitzerSpaceTelescope, star, supernova, tomorrow, video
All products recommended by Engadget are selected by our editorial team, independent of our parent company. Some of our stories include affiliate links. If you buy something through one of these links, we may earn an affiliate commission.