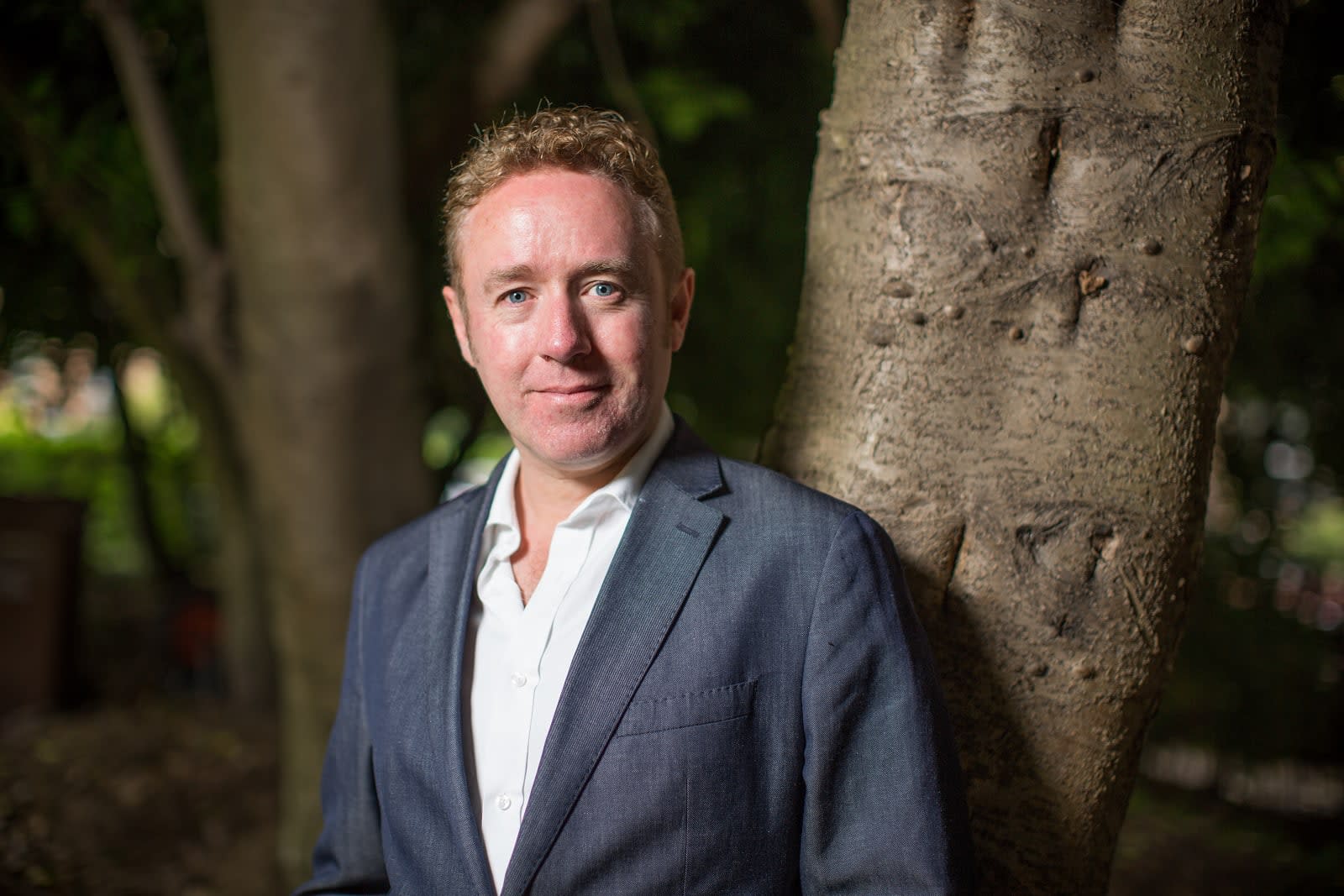 Netflix recently announced its first-ever acquisition: Millarworld. The company was built by successful comics creator Mark Millar, known for works that easily translate to cinema. The movies Wanted, Kick-Ass and Kingsman are all based on his graphic novels. Netflix said in its press release that it acquired Millar's company to secure his current and future content to adapt into movies and shows for the streaming service. But it looks like Millar and his idea-generating company won't just be pitching concepts from behind closed doors. Instead, he'll be trying them out where he gained fame: In comics.

While video might be the goal, earlier this week, Netflix announced that it would publish its first-ever comic book, written by Millar himself. Given how difficult it is to make money in comics, it's unlikely the streaming titan is looking to become a high-volume publisher to rival Marvel and DC. Rather, Netflix is likely doing this to harness Millar's fanbase, who have bought his works throughout his career, following him from Marvel and DC to smaller publishing houses. The company is letting Millar do what he's done best: create ideas, show them off to his loyal fans in new comic books and generate interest in screen adaptations. Except in this case, all the movies and TV series go straight to Netflix.

Millar's ambitions under the deal are obvious. "I want to be Marvel rather than just work with Marvel," he told The Guardian after his company was acquired. While he confirmed in a forum post that some franchises, like Kick-Ass and Kingsman, have existing Hollywood deals that prevent them from coming to Netflix, Millarworld has plenty of properties to spare, which Millar has shrewdly retained rights to.

Marvel and DC titles rule films and TV, and those giants have, in turn, charged streaming services to host their superhero content. But Netflix gets to keep whatever income Millarworld IPs make, in whichever medium. Perhaps the company could convince other creators to publish comics under Netflix's brand, which would be even more attractive, given the wide-open pipeline to TV and film adaptations made by the streaming service. Millar himself could be a lightning rod to attract creators, given his savvy business reputation in the industry.

Netflix could be the way into the comic adaptation boom for independent creators, who are surely aware of how much more money films make than the comic books they are based on. Granted, tracking comics revenue to compare is notoriously difficult. The top three or four best-selling comics every month typically ship somewhere over 100,000 issues, and even if all of those are sold (the actual sales numbers aren't shared), by napkin math they'd each be taking in about $300,000 to $500,000 a month. Compare that with Thor: Ragnarok, which made $430 million worldwide in less than a week. It's unlikely Netflix wants to beat comic publishers at their own game. Instead, it's an opportunity to showcase Millar's talent and maybe attract other creators to the fold.

Netflix's first comic, Millar's The Magic Order, follows families of world-protecting magicians who are being hunted down one by one. Crucially, it's referred to as Millar's "first franchise" for the streaming network, and he called The Magic Order his "first book" for Netflix. In short, we can expect more comics published under the Netflix aegis. The question is whether Millar's current and future work will generate enough successful material to adapt, but Netflix has gambled on a creator with an impressive volume of work that's made it to the big screen.

Of all the IP houses Netflix could have acquired with its deep pockets, it chose the one run by a creator whose storylines show up in a lot of recent films. Before Millar made his own characters, he worked at Marvel, writing the modernized Avengers take The Ultimates (which inspired some of the first Avengers film), the multi-superhero crossover series Civil War (source material for the third Captain America film) and Old Man Logan (which inspired the film Logan).

Millar established Millarworld in 2004 to make his own comics with all-new characters. He intentionally designed them to be cinematic, and his company fast-tracked his creations into screen deals. War Heroes, for example, had just published its first issue in August 2008 when Sony optioned it (the six-issue miniseries is unfinished to this day). Millar's original work continues to attract Hollywood attention, with three Millarworld properties picked up last year.

Netflix is trying to become less dependent on other companies' content. Especially once companies start withdrawing their libraries, which Disney pledged to do by 2019. Some speculated the streaming company might attempt to establish its own content universe under Millar. For now, at least, it's testing the stories in their original medium. Netflix is putting faith in Millar's process, which has worked for him thus far. He successfully transitioned from creator to known brand, and Netflix is banking on his unique combination of business and creative expertise.

"[Millar] has learned how to play the game," Dave Gibbons, celebrated creator who co-wrote the Kingsman comic with Millar, told The Guardian. "Us of older generations got kind of screwed over, to one degree or another, with the kind of deals we got doing comics, but Mark in particular has very much learned from what happened before and done his business deals in a very canny Scots way."

In this article: entertainment, markmillar, millarworld, netflix, services
All products recommended by Engadget are selected by our editorial team, independent of our parent company. Some of our stories include affiliate links. If you buy something through one of these links, we may earn an affiliate commission.