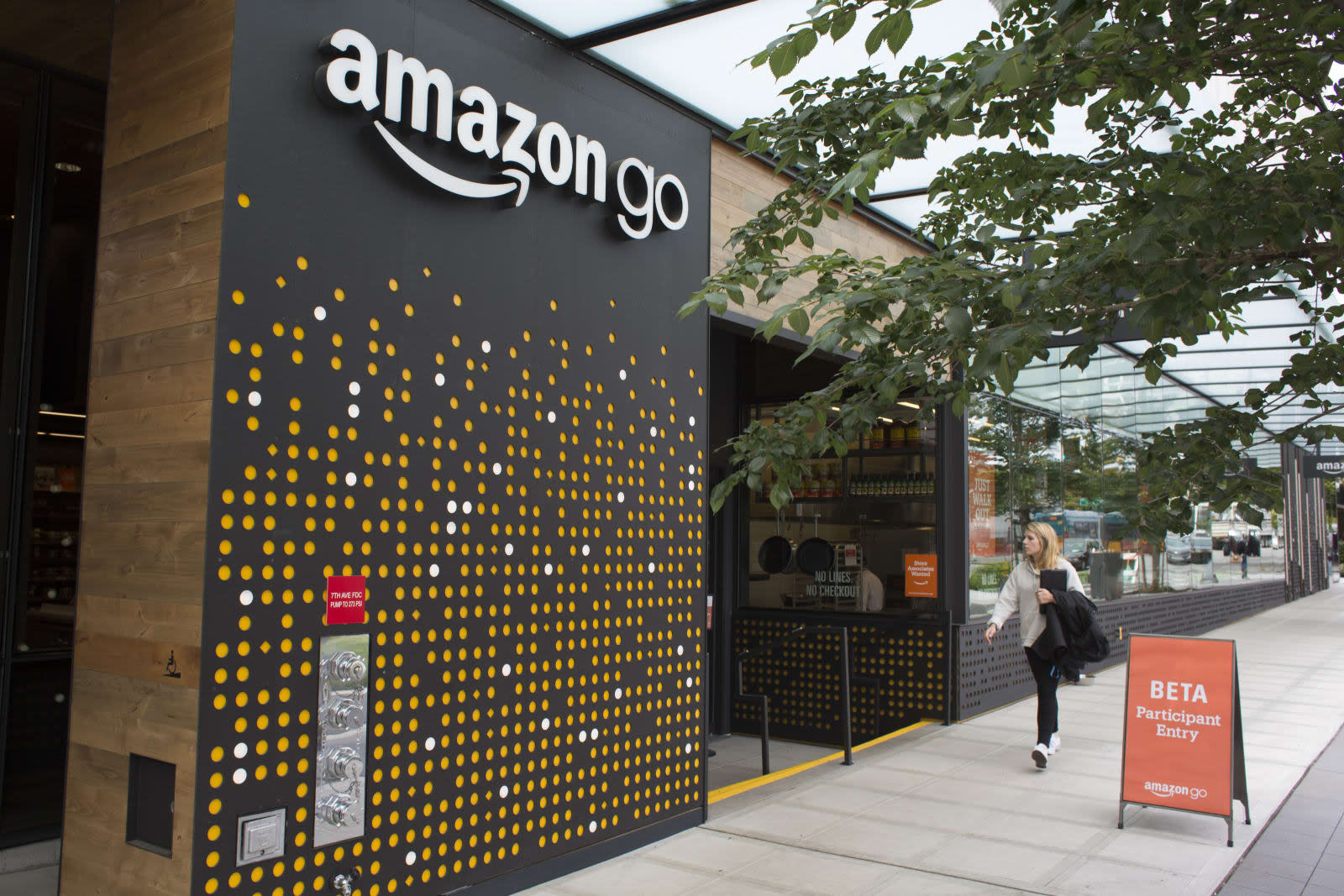 Last year, Amazon opened its first convenience store embedded with its "just walk out technology." Located in Seattle, the Amazon Go store, which lets shoppers walk in, load up on the items they want and walk out without having to pay for the items in a checkout line, has been testing its technology with Amazon employees. Now, as Bloomberg reports, the company has worked through some of the hangups with the technology and is making moves towards opening its store and others to the public.

In March, the Wall Street Journal reported that while the Amazon Go store did well with a small amount of customers who were shopping fairly slowly, it couldn't keep up when there were more than 20 shoppers in the store at once. The store uses cameras, sensors and deep learning algorithms to track shoppers as they move around, log which items they take and charge them once they leave. Those technical bugs pushed the public opening of the store from an initial projection of early 2017 to an undetermined future date. But now, at least some of the issues have been fixed. One source told Bloomberg that three Amazon employees, each dressed in Pikachu costumes, went into the store and shopped as a way to challenge the technology. But once they were finished, the store charged each of the shoppers' Amazon accounts accurately.

Some problems are still being addressed. Shoppers wandering the store in groups and families with "grabby" kids still pose a challenge to the technology. But in the meantime, Amazon appears to be preparing for a public launch. The company is reportedly hiring construction managers and marketers for the Amazon Go team rather than just engineers and researchers. And earlier this year, it filed trademark registrations for Amazon Go slogans with the UK Intellectual Property Office and the European Commission.

While the next step is likely to be standalone Amazon Go stores, some think that the technology could be worked into Whole Foods following Amazon's acquisition of the chain earlier this year.

In this article: algorithm, amazon, AmazonGo, business, camera, deeplearning, design, food and drink, food-and-drink, foodanddrink, gadgetry, gadgets, gear, GroceryStore, sensor, services, TL18NOCSH, tomorrow, WholeFoods
All products recommended by Engadget are selected by our editorial team, independent of our parent company. Some of our stories include affiliate links. If you buy something through one of these links, we may earn an affiliate commission.