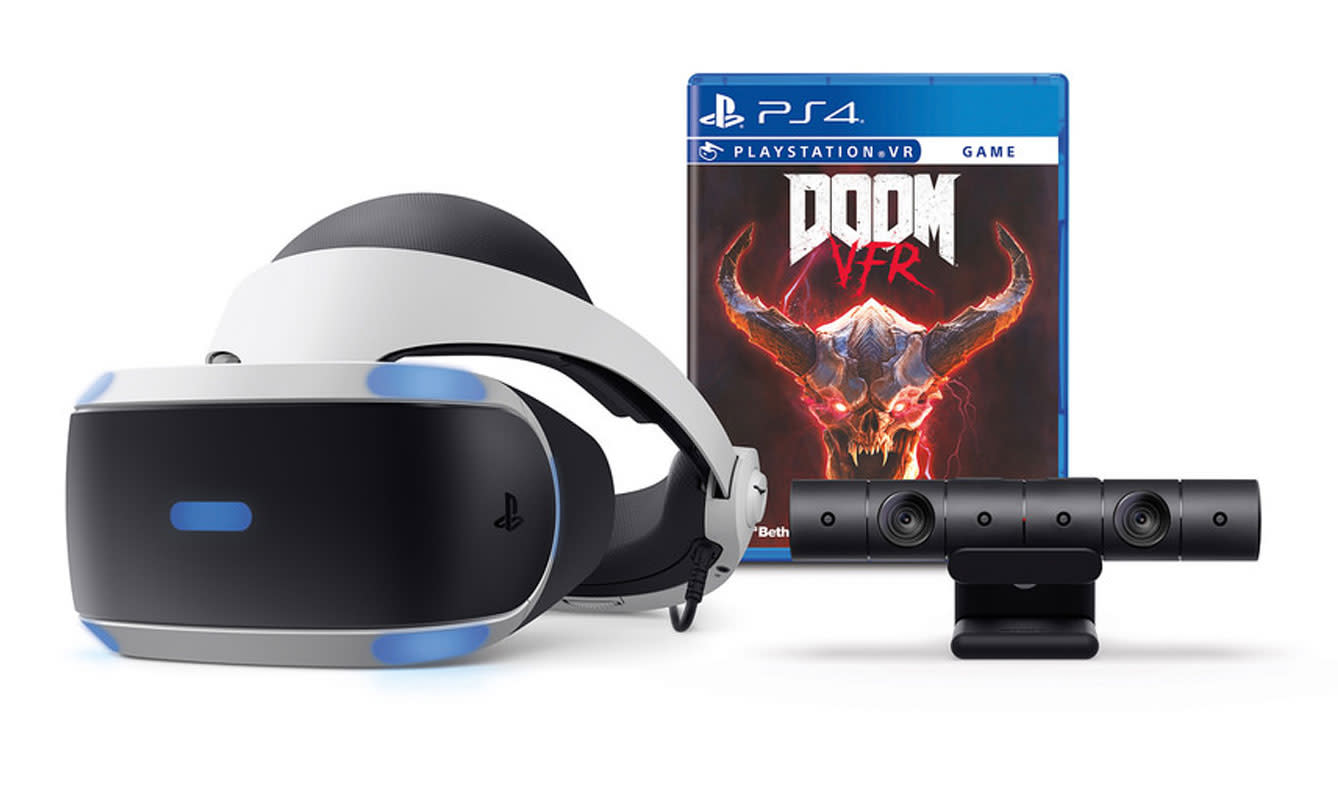 Sony is clearly determined to get PlayStation VR on to your head no matter what game genre you prefer to play. In addition to its recently announced Skyrim bundle, it's launching a Doom VFR bundle that includes id Software's hellish virtual reality shooter alongside the headset, PlayStation Camera and the latest PSVR demo disc.

This isn't going to give you as much raw gameplay as Skyrim, since VFR is more of a Doom side story than a full title. However, the shorter game will also help Sony sell the Doom bundle on December 1st (alongside the release of the stand-alone game) for $400, or $50 less than its Skyrim counterpart. Think of this as whetting your appetite: Sony wants to show you what's possible with first-person VR shooters, and it's easier to do that when you don't have to pay extra for the privilege.

Update: Sony says that the bundle doesn't include Move controllers as it originally wrote. We've updated the article accordingly.

In this article: av, bethesda, bundle, doom, doomvfr, games, gaming, gear, idsoftware, playstationvr, ps4, psvr, sony, videogames, virtualreality, vr, wearables
All products recommended by Engadget are selected by our editorial team, independent of our parent company. Some of our stories include affiliate links. If you buy something through one of these links, we may earn an affiliate commission.