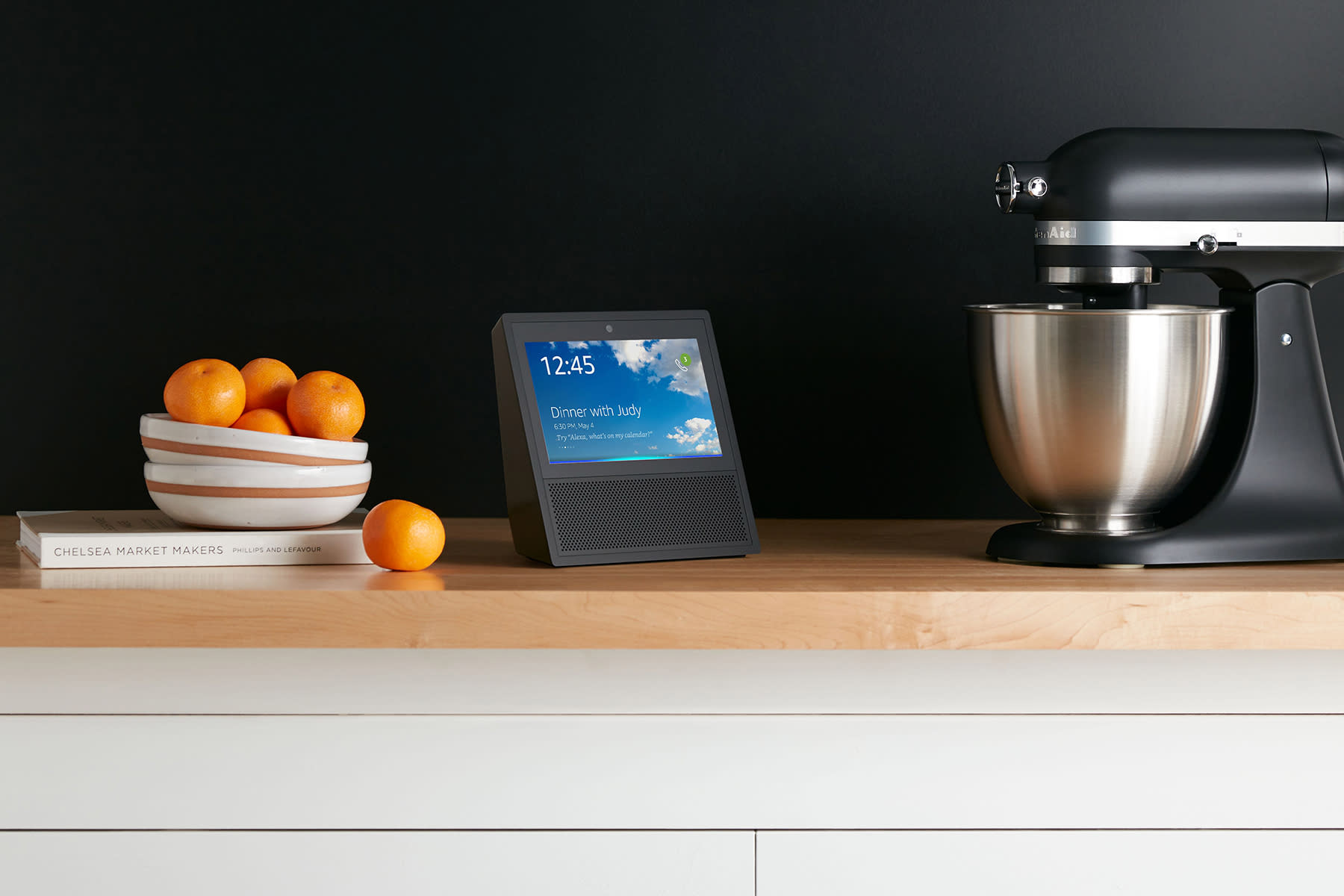 It's taken a while, but Amazon's Echo Show is finally ready for British customers. The boxy device, which comes with a 7-inch display and Alexa smarts, was announced way back in May. Pre-orders for the UK opened on September 28, and today, at last, the first units are shipping out. Each one costs £199.99, though a two-pack will net you a £100 saving. It's an expensive bundle, but one that makes sense given the Echo Show can be used for voice and video calls. The idea, presumably, is that you'll buy one for yourself and a relative so you can chat freely over the festive period.

The Echo Show has eight microphones with noise cancellation and beam-forming technology. That means you can use the device like a regular Echo speaker, accessing thousands of "skills" that include Spotify, Uber, Just Eat and BBC News. With a screen, of course, Alexa can show you things too, including song lyrics, calendar appointments and recipe instructions. Heck, it can even show you a live video feed from compatible smart home cameras. As my colleague Nathan Ingraham wrote in his review: "It's not necessary, but it is nice." The only catch? There's no YouTube. Google pulled support last month and we doubt it'll be coming back anytime soon.

In this article: Alexa, amazon, Echo, EchoShow, gadgetry, gadgets, gear, home
All products recommended by Engadget are selected by our editorial team, independent of our parent company. Some of our stories include affiliate links. If you buy something through one of these links, we may earn an affiliate commission.