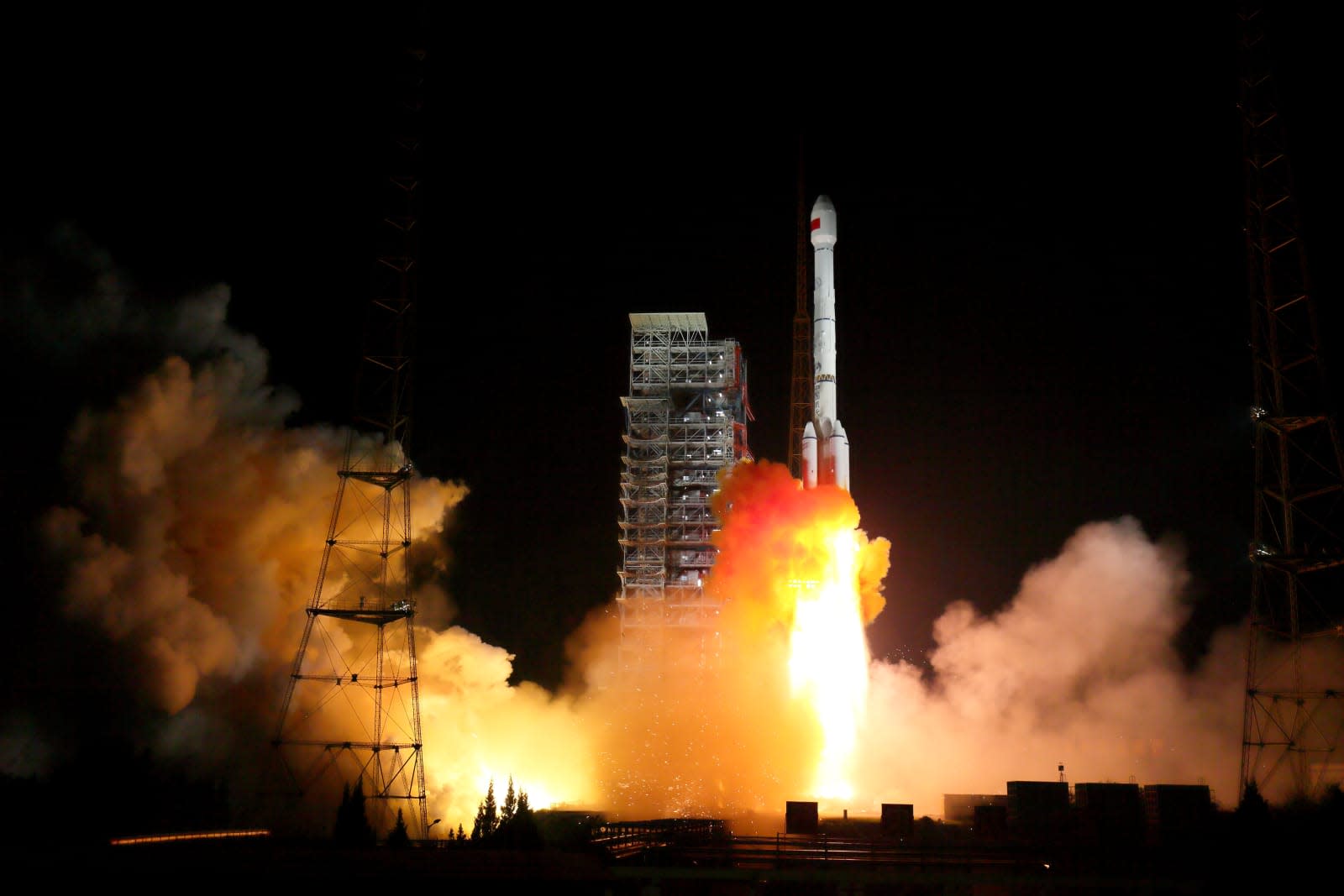 The China Aerospace Science and Technology Corporation (CASC) is the main contractor for China's space program. This week, the GB Times reports that the company released an ambitious roadmap for China's space aspirations that could carry the country through 2040 and beyond.

It starts with the expansion of the Long March rocket family, which has been in operation since 1970. Long March 8, a low-cost rocket, should be ready by 2020, which will boost the CASC's plans to compete in the commercial space sector by selling its launch services to other countries. After that, CASC plans to have a reusable space plane ready by 2025, which will be used primarily for space tourism.

The Long March 9 should be ready for its first flight by 2030. This is a heavy-lift rocket that will be capable of putting over 100 tons into low Earth orbit. By comparison, the Falcon Heavy, SpaceX's heavy lift rocket that should debut late this year or early next year, has a capacity of 140,660 lbs (around 70 tons). While all of China's rockets are currently single-use, the goal is to make the entire Long March line currently in service reusable by the year 2035.

CASC wants to have all-new launch vehicles by the time the year 2040 rolls around. According to the GB Times, the goals cited are "multiple interstellar round-trips, exploiting space resources through asteroid mining and constructing megaprojects such as a space-based solar power station." The company also listed a nuclear-powered space shuttle as a 2040 goal, but we don't have any additional information on that intriguing project yet.

China's made no secret of its ambitious space plans, and its incredibly interesting to see this timeline from a technology standpoint. China's already stated its goal of exploring the dark side of the moon next year and putting a human on the moon by 2036. It's interesting to see how this timeline mirrors NASA's progress in some ways -- with the development of a heavy lift rocket (the Saturn V) followed by a reusable space shuttle. Hopefully, China can learn from some of NASA's stumbles and missteps in this regard. It will certainly be interesting to see how their program develops over the next decade and beyond.

In this article: china, space, spaceshuttle, TL182040, tomorrow
All products recommended by Engadget are selected by our editorial team, independent of our parent company. Some of our stories include affiliate links. If you buy something through one of these links, we may earn an affiliate commission.