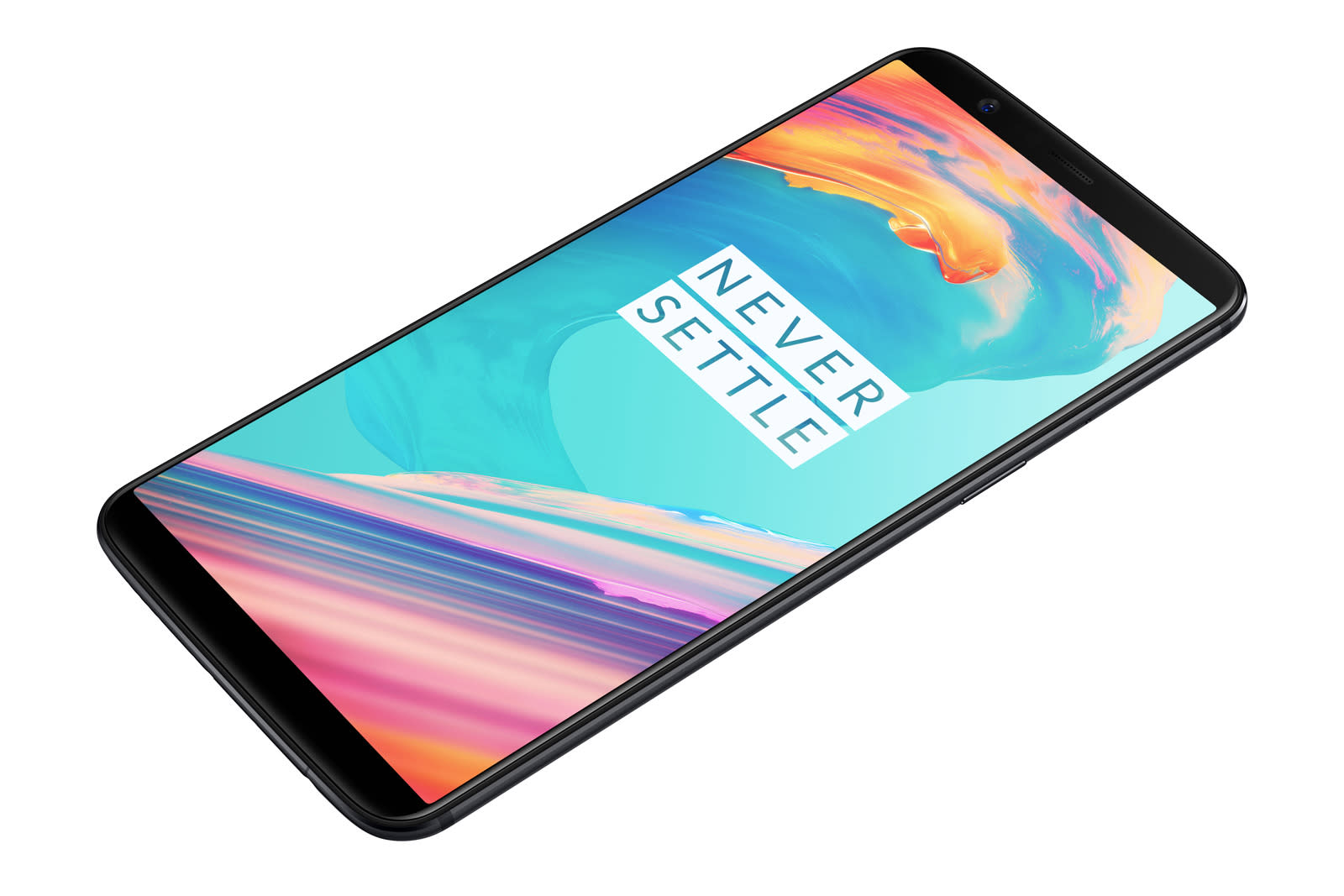 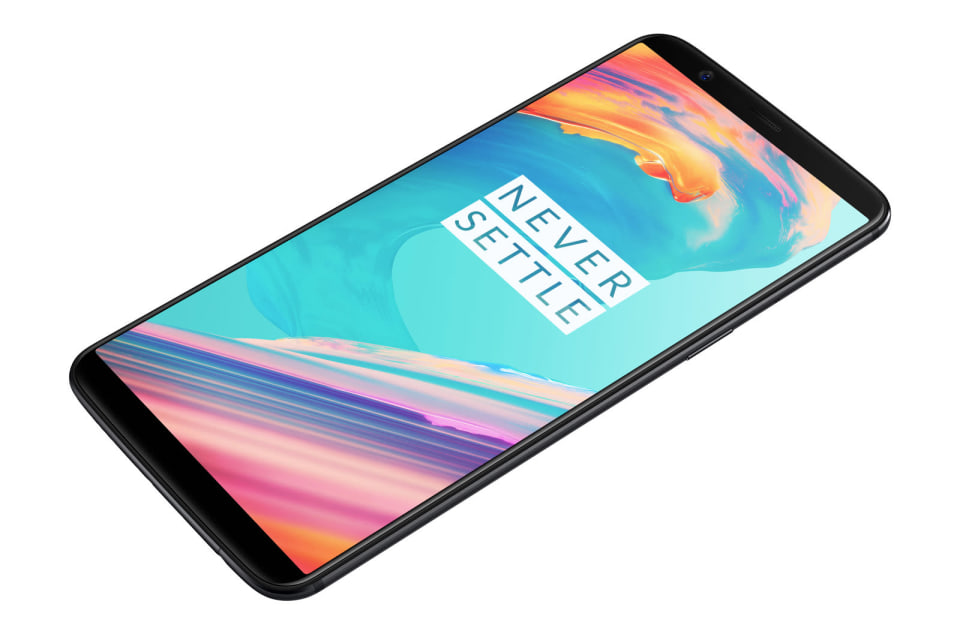 After more than a few leaks and not-so-subtle teasers, the OnePlus 5T is official -- and it's at once everything you expected and a bit more. The centerpiece, as you've no doubt guessed, is the 6-inch, 18:9 ratio 2,160 x 1,080 AMOLED display. The fingerprint reader is now on the back as a result of the taller screen, but it means a larger canvas for your apps and videos in a device that's roughly the same size as its predecessor. It can auto-adapt to bright sunlight and other harsh conditions, and you can tune the display's colors for accuracy (such as DCI-P3 or sRGB) or vividness. And thankfully, the trendy tall display isn't the only improvement. Most notably, the secondary rear camera packs a wider-aperture (f/1.7 versus the old f/2.6) secondary rear camera that should let in much more light. It's not being used for zoom, mind you -- rather, it combines pixels to take better low-light photos than you'd get with the main camera. The other cameras haven't changed, but this update still makes the 5T considerably more competitive if you're a shutterbug.

The rest of the hardware is largely similar. You're looking at a Snapdragon 835 processor, up to 8GB of RAM, 64GB or 128GB of storage and a Dash Charge feature that promises a day's worth of battery in half an hour. OnePlus' custom OxygenOS has received a facelift, though. In addition to tweaking the interface for the new screen, there's a face unlock option (albeit not as sophisticated as an infrared system like Apple's Face ID) and some behind-the-scenes improvements that should lead to faster updates.

Now for the big question: how much are you going to pay when the OnePlus 5T goes on sale November 21st? Unfortunately, there is a slight premium. The handset will start at $499 (£449) for a 64GB model with 6GB of RAM, or $20 more than the 'plain' 5. With that said, the recent surge of extra-expensive phones like the Galaxy Note 8 and iPhone X makes the 5T seem like a relative bargain. Yes, it's ultimately a higher-end version of an existing phone (the Oppo R11s), but you might not complain given that you're getting many high-end features for hundreds of dollars less than a typical flagship phone.

In this article: android, gear, mobile, oneplus, oneplus5t, oppo, r11s, smartphone
All products recommended by Engadget are selected by our editorial team, independent of our parent company. Some of our stories include affiliate links. If you buy something through one of these links, we may earn an affiliate commission.