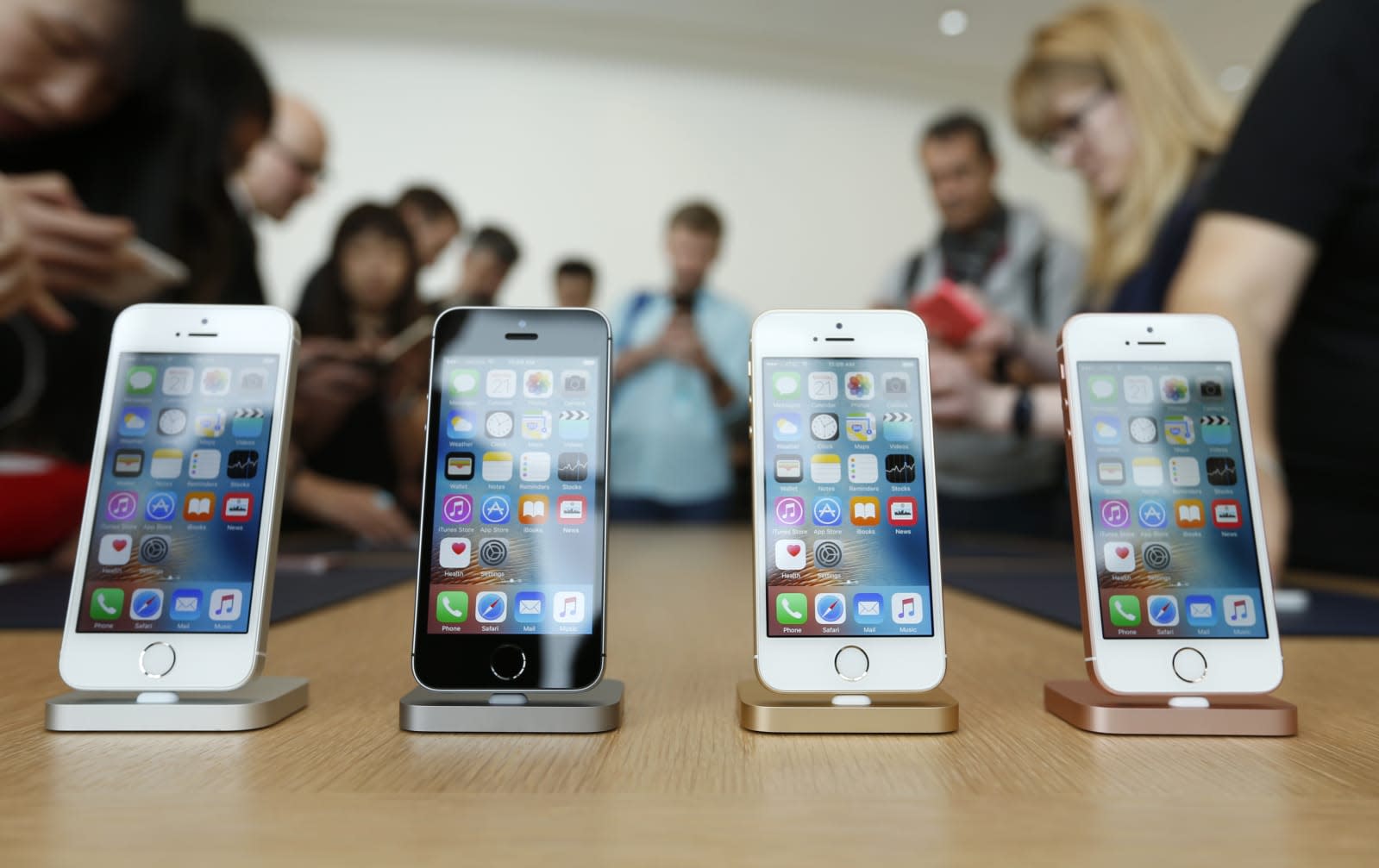 Authorities are persisting in their efforts to get access to the Texas mass shooter's iPhone despite having missed an early opportunity. The San Antonio Express-News has learned that Texas Rangers served Apple warrants for data on both the perpetrator's iPhone SE and a basic LG cellphone. In the case of the iPhone, the state law enforcement unit wants access to both local and iCloud info (such as calls, messages and photos) produced since January 1st, 2016.

It's not known whether officials have obtained information since the warrants were obtained on November 9th. The company declined to comment to the Express-News citing a policy against speaking about law enforcement matters. In a previous statement, though, Apple said it had offered assistance to the FBI "immediately" after a November 7th press conference on the mass shooting, and vowed to "expedite" its response. The FBI didn't reach out for help.

The Rangers' warrant puts Apple in a difficult position. Although at least some iCloud data is accessible with a warrant, the iPhone itself is another issue. Police missed their opportunity to use the shooter's fingerprint to unlock the phone without a passcode, and the nature of iOS' encryption makes it very difficult for Apple and anyone else to access locked-down data. In the case of the San Bernardino attack, the FBI paid security experts at Cellebrite to get to a shooter's files. Apple may once again be faced with a situation where it can't fully comply with data requests.

Update: We've since learned that the source story isn't entirely accurate. Apple was only served a warrant for iCloud information. There is another warrant to obtain data from the iPhone itself, but it's not targeted at Apple.

In this article: apple, crime, encryption, gear, icloud, iphone, iphonese, law, mobile, police, privacy, security, smartphone, texas, texasrangers
All products recommended by Engadget are selected by our editorial team, independent of our parent company. Some of our stories include affiliate links. If you buy something through one of these links, we may earn an affiliate commission.