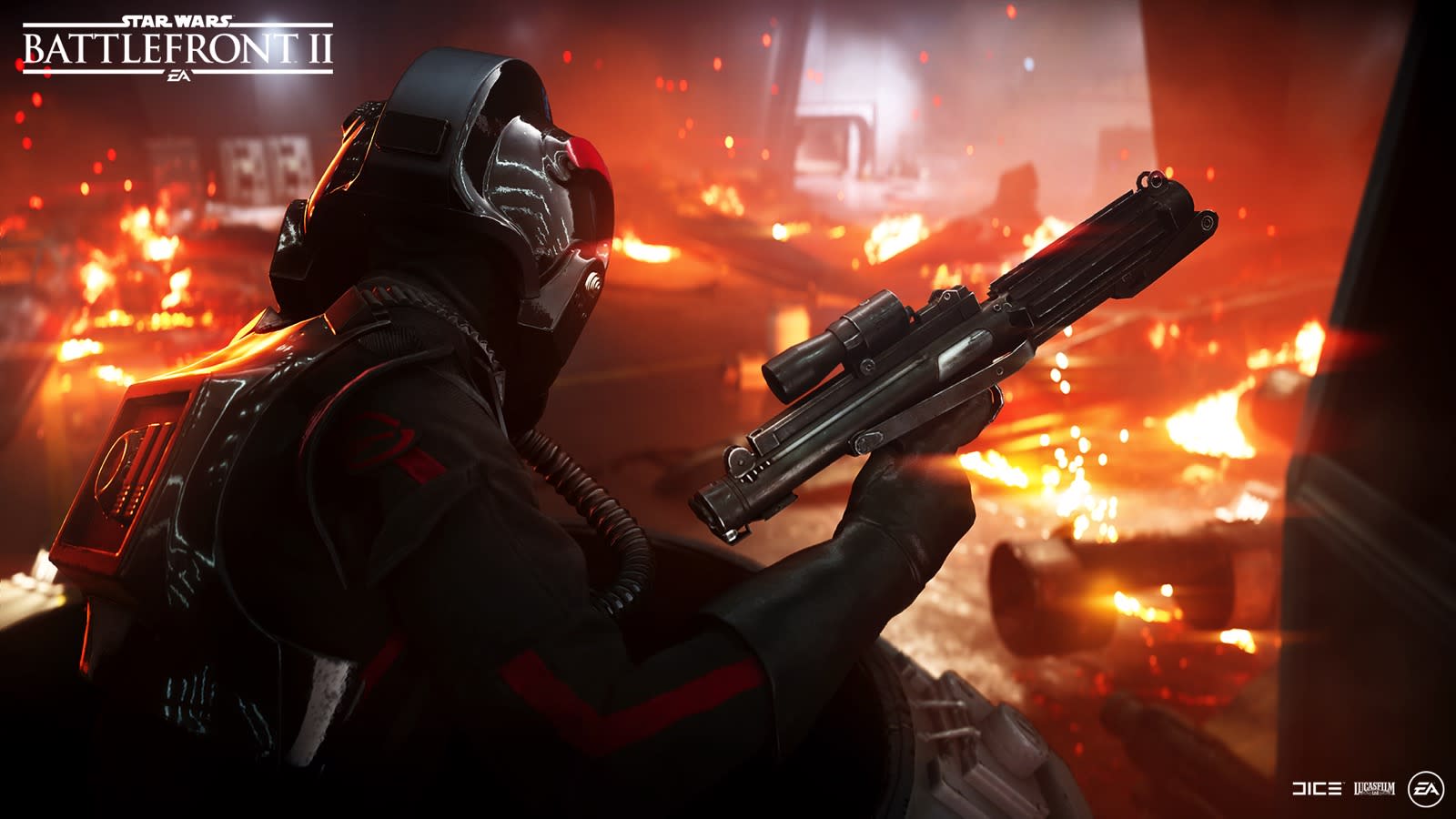 EA has faced a Star Destroyer's worth of trouble over the just-released Star Wars Battlefront II, most notably the backlash over the micro transactions that were panned as too expensive while also encouraging a pay-to-win vibe. EA subsequently pulled all transactions (temporarily) from the game. The game had its own set of technical problems, as well, which have also been addressed by the development team in a new patch available now for PC, PS4 and Xbox One.

As noted by Rock Paper Shotgun, Patch 0.2 fixes save issues, spawn problems and incorrect vehicle damage calculations. The developers also claim that the patch makes major improvements to stability and performance, which could help if your PC was struggling to run the game previously. Spawn times have been cut in half, from 10 to five seconds in Strike mode, and spawn locations have been moved around on Tatooine.

The bug that deleted save data when you didn't plug in a controller is fixed now, and some single player objectives now show up when they're supposed to. There's also been a fix to some Spawn Cards given to players before those players had reached a high enough level. And that's not all — you can see the entire list of fixes to the gameplay, user interface and head-sup display in the full release notes.

In this article: av, ea, fix, gear, microtransactions, patch, starwars, starwarsbattlefrontII
All products recommended by Engadget are selected by our editorial team, independent of our parent company. Some of our stories include affiliate links. If you buy something through one of these links, we may earn an affiliate commission.