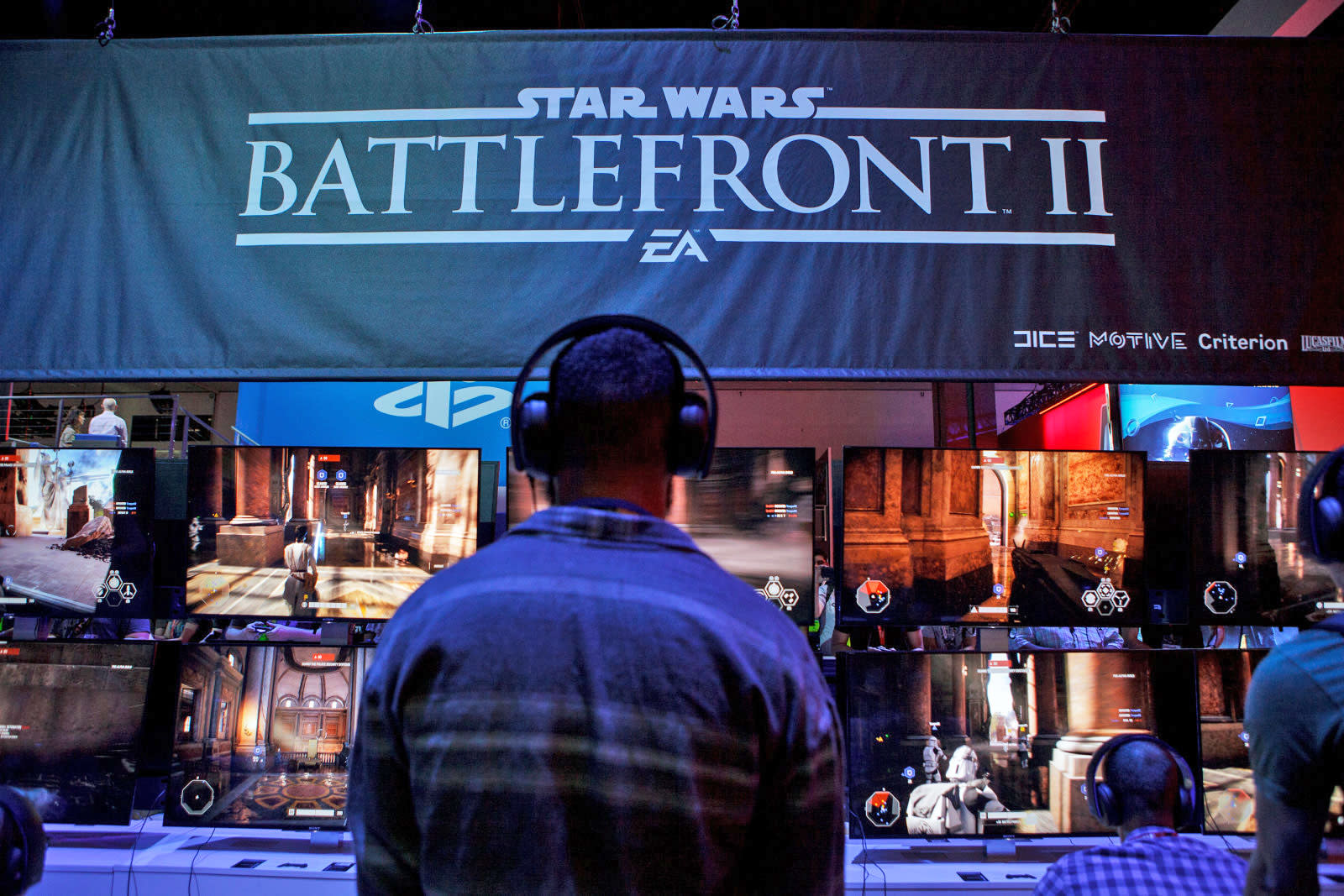 If nothing else, EA is listening to the fans for Star Wars: Battlefront II. After all, outcry was the reason the game will have a single-player campaign mode and an awful lot more depth. So, perhaps it isn't too surprising that the game company paid attention when people were up in arms over the game's loot box implementation.

Essentially, what the development team has done is removed a good deal of the "pay to win" criticisms lobbed at it by making sure you can't access stuff like Epic Star Cards (high value power-ups) from crates. "To help keep everyone on a level playing field, these Star Cards will primarily be available through crafting, with the exception of special Epic Star Cards available through pre-order, deluxe and starter packs," a blog post reads.

More than that, if you want a new weapon for a specific class, you'll have to play as that class to unlock it -- not just buy a bunch of crates and hope for the best. Same goes for class-specific gear.

Oh and you'll need to hit a certain rank before you can start crafting upgraded Star Cards, too. "You won't be able to buy a bunch of Crates, grind everything up into crafting materials, and immediately use them to get super powerful Star Cards," the post says. "You can only upgrade the ability to craft higher tier Star Cards by ranking up through playing the game."

This is all well and good, and should keep things on an even keel in terms of balance. You won't just be able to drop a bunch of cash on crates and start dominating new players who would rather progress without spending money beyond the game itself. Will EA admit that its decision to shutter Visceral Games was a bad idea and cancel pivot Amy Hennig's Star Wars game back to its original pitch too? Unfortunately, that's probably not going to happen regardless of how much digital ink is spilled.

Star Wars: Battlefront II will be released November 17th on PlayStation 4, PC and Xbox One.

In this article: av, battlefront2, battlefrontii, business, gaming, lootcrates, origin, paytowin, pc, pcgaming, playstation4, ps4, starwars, starwarsbattlefrontii, xbox, xboxone
All products recommended by Engadget are selected by our editorial team, independent of our parent company. Some of our stories include affiliate links. If you buy something through one of these links, we may earn an affiliate commission.