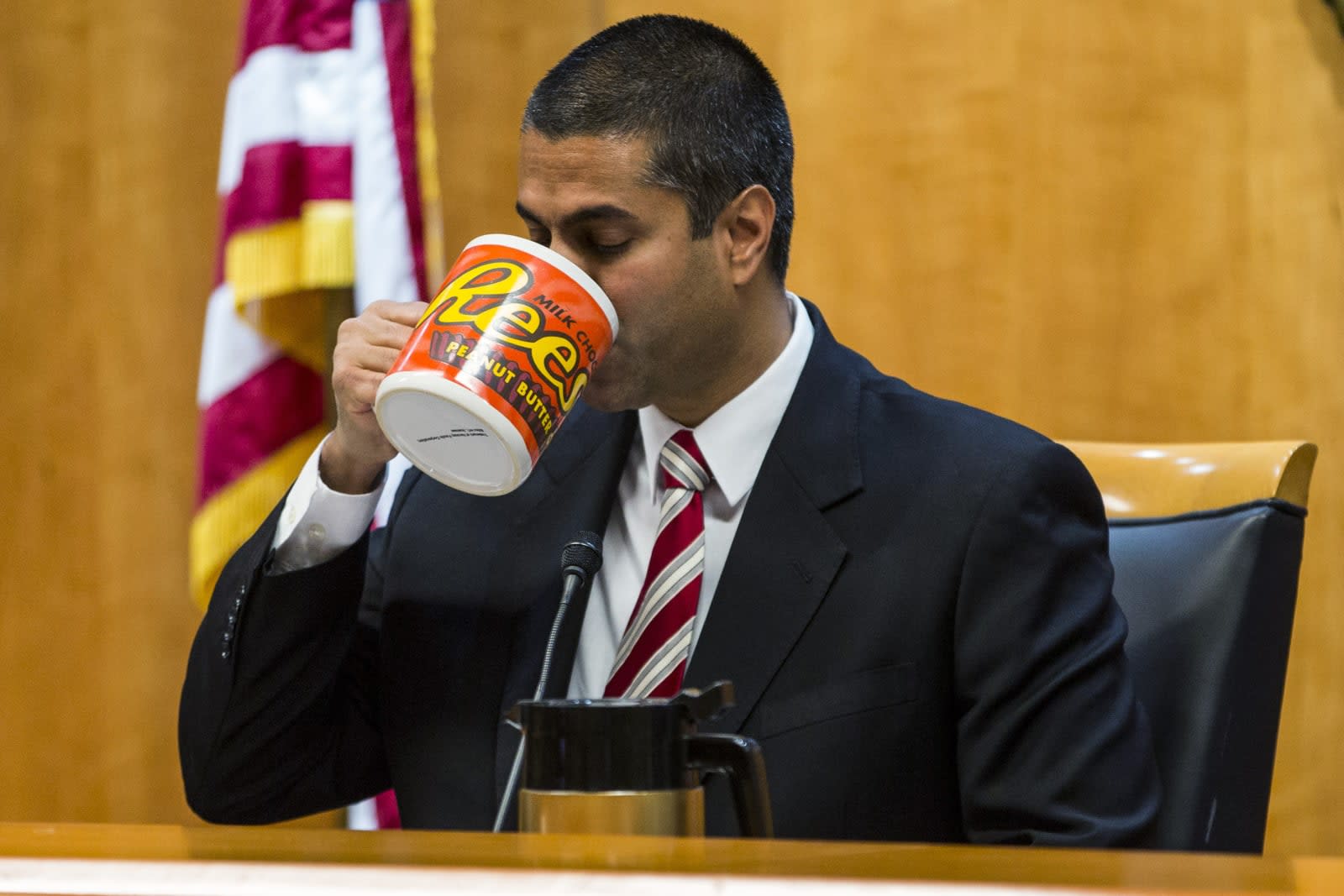 Back in April, new FCC chairman Ajit Pai outlined a plan to undo net neutrality protections implemented during the Obama administration, before taking public comments. Millions of messages in response crashed the FCC's website for a time, but despite opposition, he is reportedly ready to move forward and may unveil more details this week. The Wall Street Journal, New York Times and Politico separately reported that we will find out details later on Tuesday, before the commission votes on them in December.

All three described the upcoming plans as a "full repeal," reversing a decision to treat broadband as a utility and removing protections preventing ISPs from blocking, slowing down or charging extra to deliver different kinds of content, while also reassigning regulation of any anticompetitive behavior to the FTC. Gigi B. Sohn, a former counselor to the previous FCC Chairman, said in a statement that "In a few short weeks, the big broadband providers will be free to double their prices, extract extra tolls on fast lanes for online businesses, and track and sell their customers' web browsing activity. Senator Brian Schatz tweeted that "You pay the ISP, you get the whole Internet. What the FCC is doing is revoking that rule... I generally prefer that this kind of thing get settled in the legislative branch."

We've explained the looming issues with these changes before, but it appears we'll find out the details of the plan -- and see what those opposed to the rollback are preparing in response -- in just a few hours.

In this article: ajitpai, fcc, ftc, gear, internet, netneutrality, politics, titleii
All products recommended by Engadget are selected by our editorial team, independent of our parent company. Some of our stories include affiliate links. If you buy something through one of these links, we may earn an affiliate commission.